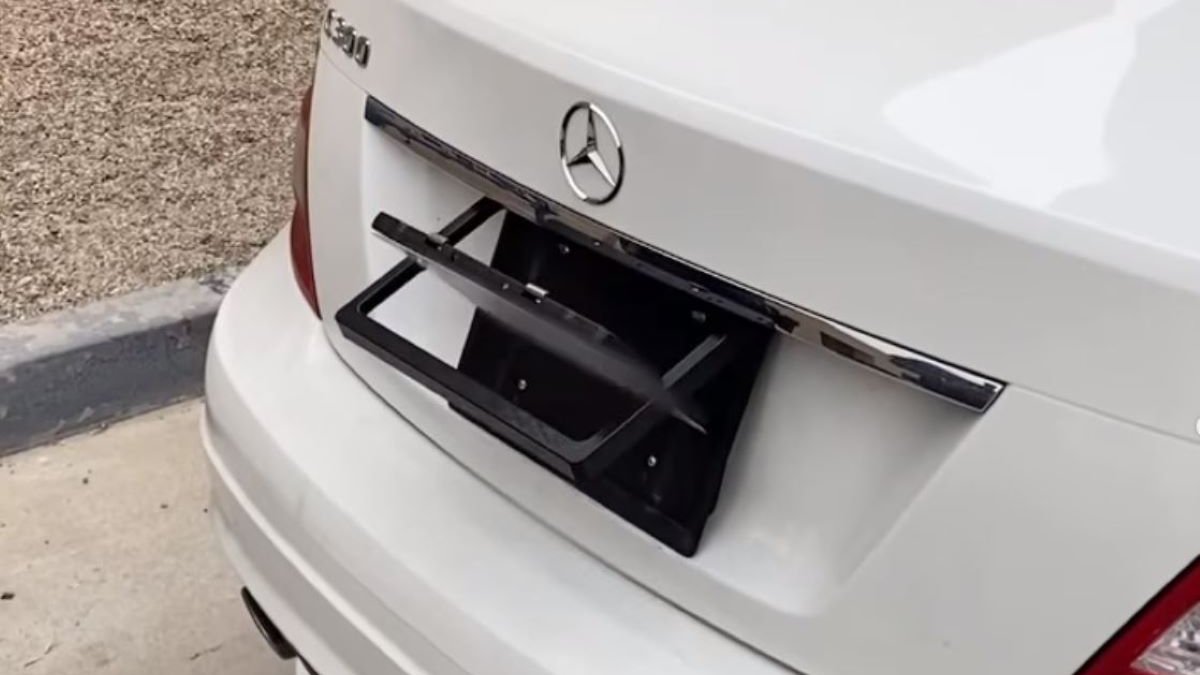 A resident’s tip about a car possibly linked to a burglary investigation led Irvine police to a Mercedes-Benz equipped with a push-button rotating license plate and more surprises.

The resident reported the white Mercedes-Benz to police after recognizing it as a car possible involved in previous vehicle burglaries in the Orange County community. Officers pulled the driver over near Harvard Avenue and Main Street.

They discovered the car’s mechanical flipping license plate wasn’t the only unusual feature.

“The suspect vehicle was something out of @007 movie,” police said in an Instagram post. “Officers discovered a device that would flip the vehicle’s license plate with the push of a button and an elaborate gas siphoning device that transferred fuel directly into the vehicle’s gas tank.”

The department’s Instagram post Wednesday included video and photos of the devices. The license plate flipper allows the user to flip 180 degrees between two different plates.

Here’s what California law says about proper display of a license plate.

Two Garden Grove residents were arrested and booked on suspicion of vehicle burglary, vehicle theft, identity theft, possession of stolen property, and possession of burglary tools. Those tools were found in the car, police said.

During the investigation, detectives recovered a car stolen in Irvine.

“We appreciate the great tip from the resident who called this in,” police said.