BUREAUCRATS TO GRANT ASYLUM, NOT JUDGES 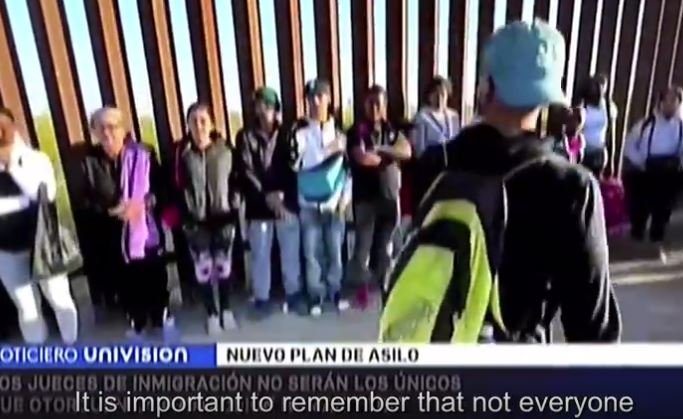 Biden has started the first phase of a program in Texas to have government bureaucrats grant asylum, without having it adjudicated by a court. Such a program based on government employees making the decisions without a judge or prosecutor would be very vulnerable to infiltration by open-borders radicals and also to bribery. This would open the floodgates at the border even much wider than they are already, making it nearly impossible to deport these bureaucrat-designated “asylees” in the future. This new, very great threat to our national sovereignty is being implemented by edict, a rule change, not by changing the law. Texas and other states have filed a lawsuit to have it stopped.

We already have chaos at the border even with Title 42 still in place. The Border Patrol has been turned into an organization that assists the cartels in helping mostly unqualified asylum claimant to cross the border illegally, instead of protecting the border as is their original mission. Title 42 is supposed to require all illegal border crossers to be returned to Mexico, but Biden has made so many loopholes and exceptions to the policy that a large proportion of them are still being released into the US.

For more information, go to this link below or see the video at that bottom. Note that, if a person only reads this mainstream article below, they probably would not get a good impression of the gravity of the impact this change will have.

The way things have been done up to now is that those who skip their court hearings or are rejected for asylum get an automatic deportation order from the court. Which means they could, in principle, be immediately deported at some point in the future, because they already have a deportation order from a court. Biden wants to make it so, once the millions of prospective new progressive voters are allowed in and approved by a likely politicized bureaucrat, we can never get rid of them.

Notice that the article states, if they fail the interview, they can still have court hearings before a judge before being deported. So, it will be a lot like a one-way filter. It will make it much easier for them to get into the US, but still just as difficult to deport as before once they are here.

If the asylum claimant passes the interview by a government employee, the claimant is given documents and can stay in the US indefinitely. If the claimant fails to pass the interview, the he/she can start a case in a court and then be released with temporary papers and just disappear into the US to eventually live illegally, just as in recent years with “catch-and-release”.

This is a subtitled video report by Univision about this change. Univision broadcasts such news to much of Latin America and the Caribbean. So, they are informing their viewership that it is becoming much easier to obtain asylum, which will likely much increase the already truly massive numbers of people coming to the border to cross illegally. This, while the American public is kept largely in the dark by the mainstream media.