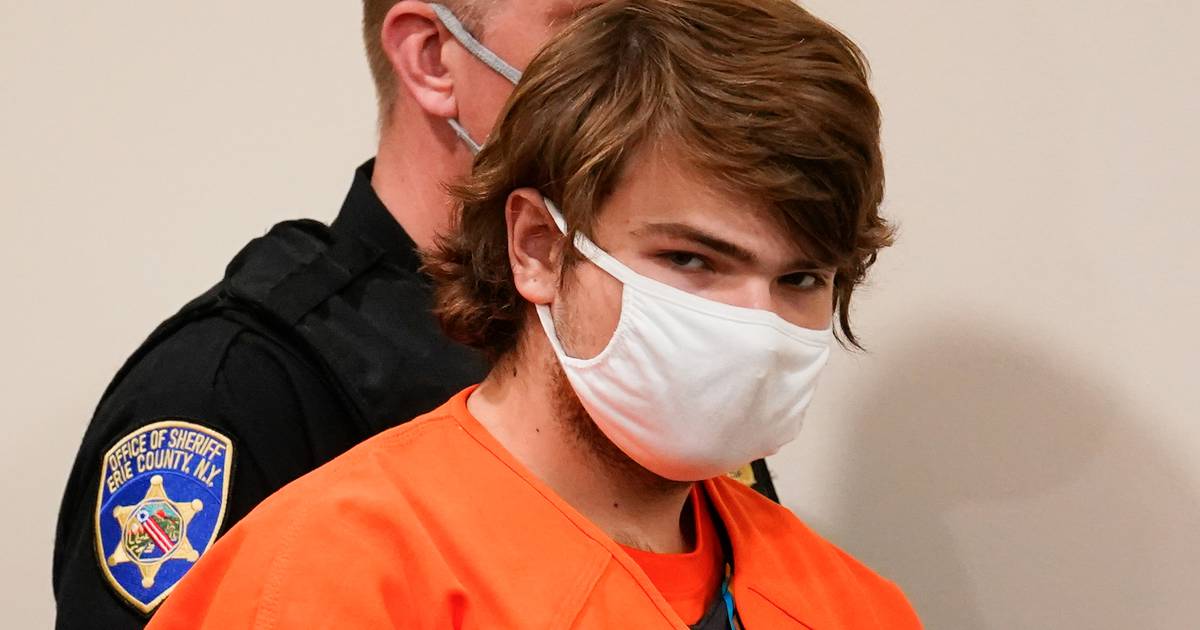 The white teenager accused of killing 10 Black people at a Buffalo supermarket pleaded not guilty to a domestic terrorism hate crime charge Thursday.

The charge was added to the sprawling case against Payton Gendron, 18, on Wednesday.

“When you hear the phrase ‘throw the book at’ someone, well, in this case right here, the defendant just got ‘War and Peace,’” District Attorney John Flynn said at a press conference.

Gendron is also charged with 10 counts of first-degree murder, along with several other crimes, for the May 14 massacre at a Tops supermarket in a majority-Black neighborhood in Buffalo. Before the shooting, Gendron posted a chillingly detailed manifesto about his hatred for Black people. In the manifesto, he referred to himself as a fascist, white nationalist and anti-Semite.

However, he was silent at Thursday’s hearing. His lawyer entered the not guilty plea on his behalf.

“There is overwhelming proof of the defendant’s guilt,” Assistant District Attorney John Fereleto said. “The defendant was caught at the scene of the crime with the weapon in his hands.”

Gendron was detained at the scene by police with an AR-15-style rifle in his hands. In the manifesto, he said he specifically used the rifle to draw more media attention.

He’s the first person in New York to ever be charged with domestic acts of terrorism motivated by hate in the first degree. The crime was added to the books after the 2019 massacre in El Paso, Texas, when a white gunman targeted Mexicans and Mexican-Americans and killed 23 people, wounding 23 more. It carries an automatic sentence of life in prison.

Gendron is due back in court July 7.