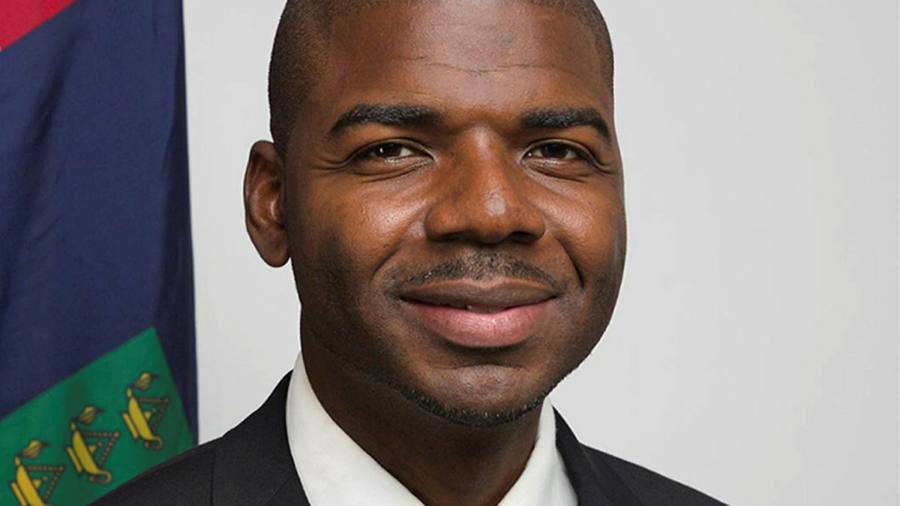 The acting premier of the British Virgin Islands, Natalio Wheatley, has rejected as “unacceptable” the reimposition of direct rule from London, setting up a confrontation with the UK over the central recommendation of an official inquiry into corruption and maladministration in the Caribbean tax haven.

The inquiry report was published on Friday and found “appalling” failures in the BVI’s governance and a “high likelihood” that serious corruption had occurred. Its central recommendation, “made with a heavy heart”, was to partially suspend the islands’ constitution and impose direct rule by the Crown-appointed governor for up to two years.

But Wheatley, who took over as acting premier after the islands’ elected leader Andrew Fahie was arrested last Thursday on drug trafficking and money laundering charges in Miami, said that “direct rule would undermine all the progress that our people have made over generations”.

“We have the strong belief that the people of the Virgin Islands are capable of working collaboratively with the United Kingdom to implement agreed recommendations of the [inquiry] report,” Wheatley said in a Facebook broadcast on Saturday night. “We are preparing proposals towards this end.”

His uncompromising stance — plus a hint that demonstrations against direct rule were being planned — set the scene for a difficult meeting on Monday with visiting Foreign Office minister Amanda Milling, who had rushed to the BVI after Fahie’s arrest to discuss how to implement the inquiry’s recommendations.

A British overseas territory of 30,000 people in the eastern Caribbean, the BVI is a tax haven favoured by more than 370,000 shell companies holding more than $1.5tn in assets for individuals and corporations from around the world. In recent years, law enforcement officials say, the archipelago has also become a favoured route for trafficking cocaine from South America to the US.

The inquiry, led by former appeal court judge Sir Gary Hickinbottom, was concerned with governance and did not examine in detail alleged collusion between top island officials and drug traffickers. It found numerous instances of large amounts of public money being spent without proper control and concluded that the people of the BVI had been “very badly served” by their elected government.

The islands’ 2007 constitution codified a hybrid form of administration, similar to some other UK Caribbean territories, under which a governor appointed by London handles defence, security and policing, while a locally elected government runs all other matters, including the budget.

Fahie’s arrest last week in a sting operation at a Miami airport by undercover US agents, along with BVI ports director Oleanvine Maynard, came in a separate Drug Enforcement Administration investigation. This was not connected to the Hickinbottom inquiry but has prompted the UK government to act quickly on the commission’s recommendations.

The Foreign, Commonwealth and Development Office declined to comment on Sunday, but referred to remarks by foreign secretary Liz Truss, who said on Friday that Fahie’s arrest “underlines the need for urgent action”. She added that the inquiry report “shows clearly that substantial legislative and constitutional change is required to restore the standards of governance that the people of the British Virgin Islands are entitled to.”

But Wheatley, a first-time legislator from one of the islands’ main political families, said he had the full support of the ruling Virgin Islands party to take over permanently from Fahie as premier and to oppose direct rule. The main BVI opposition party has also rejected the idea.

With elected legislators strongly opposing direct rule and the wider Caribbean region increasingly critical of Britain and its imperial history, London must now decide whether to ignore the islanders’ wishes or to allow the elected government, which was so strongly criticised for maladministration by the inquiry, to try to reform itself.

The new order of St Barths

The Jaw-Dropping True Story Told in Netflix’s Our Father