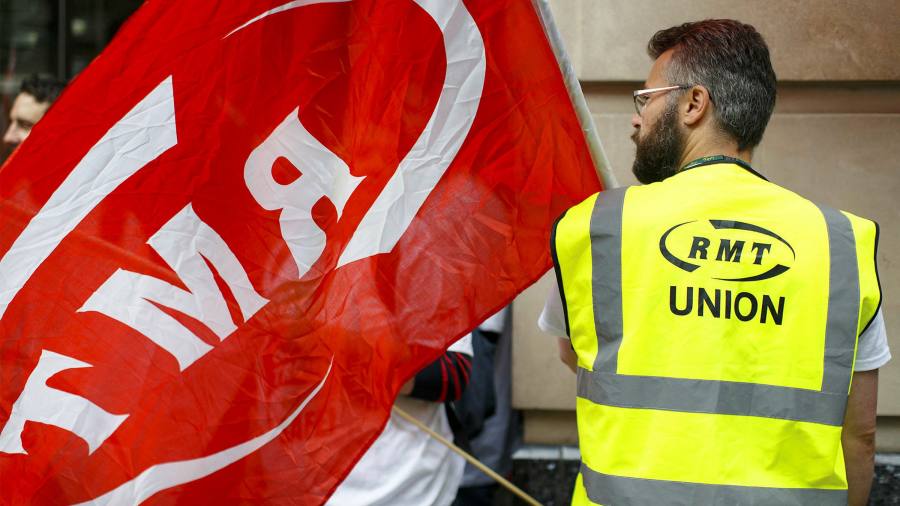 British rail travellers were threatened with a summer of potential travel disruption after the RMT transport union announced it would ballot its members over a nationwide strike in a dispute over jobs and pay.

The RMT said on Wednesday that more than 40,000 workers at infrastructure operator Network Rail and 15 train operating companies would be asked to vote in favour of industrial action. If approved it would be “potentially the biggest rail strike in modern history”, the union said.

The dispute centres on plans by Network Rail to cut at least 2,500 “safety-critical” maintenance jobs, according to the RMT. Moreover, staff at train operating companies have faced pay freezes, threats to jobs and “attacks on their terms on conditions”, the union added.

Its announcement of the ballot, which will be held from April 26 to May 24, comes against a backdrop of growing industrial unrest, as inflation erodes workers’ pay at a time when many employers are struggling to fill vacancies.

Network Rail has warned of the need to cut costs but has yet to table any formal proposals. The infrastructure operator said it was “disappointed” by the RMT’s decision and urged the union to “work with us . . . as we build an affordable railway”.

“Even as passenger numbers start to recover, we know travel habits and passenger demand have changed and the industry has to change too,” said Tim Shoveller, Network Rail’s regional director. He added that the infrastructure operator would not consider any changes that compromised safety.

Staff shortages and labour disputes have also hit other parts of the transport sector. 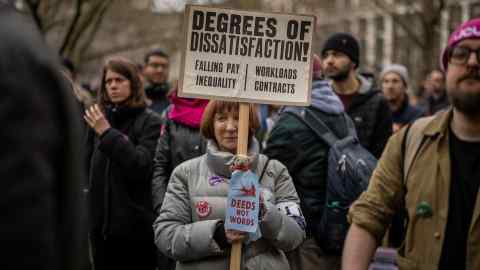 UK airlines cancelled scores of flights over the Easter holidays, blaming unprecedented levels of staff sickness. Unions claimed management had been too hasty in slashing workforces during the pandemic.

Meanwhile, long queues of lorries built up at the port of Dover earlier this month — partly due to the cancellation of sailings by P&O Ferries, after it dismissed its entire UK crew and replaced them with agency workers.

Railway workers are in a particularly difficult position, however, as the sector is under acute pressure to adapt to a long-term, post-pandemic decline in commuting and business travel.

The government took over effective control of the railway network in 2020 and has spent around £15bn keeping services running, but has now ordered private train operating companies to identify savings. Some industry executives have privately said staffing is one of the few areas where they see significant scope to cut costs.

The Rail Delivery Group, the main trade body that represents Network Rail and the train operators, said the industry needed to “adapt” and could not take “more than its fair share from taxpayers”. It added the RMT’s strike action was “premature” and would put the recovery at risk.

The Department for Transport said it wanted “a fair deal for staff, passengers and taxpayers” as the railway moved “off taxpayer life-support”.

Under UK law, a strike is lawful only if a ballot attracts a majority “yes” vote, on a turnout of at least 50 per cent of those eligible to vote. For important public services, there is an additional threshold, that 40 per cent of all eligible union members must support the action.

Although union insiders think a majority will support the ballot, it is not clear whether turnout will be high enough at all the bargaining units involved for strike action to take place at national level.

At least one person killed, 23 injured in Michigan tornado