Bringing CPAC to Hungary betrays the origins of the conservative movement 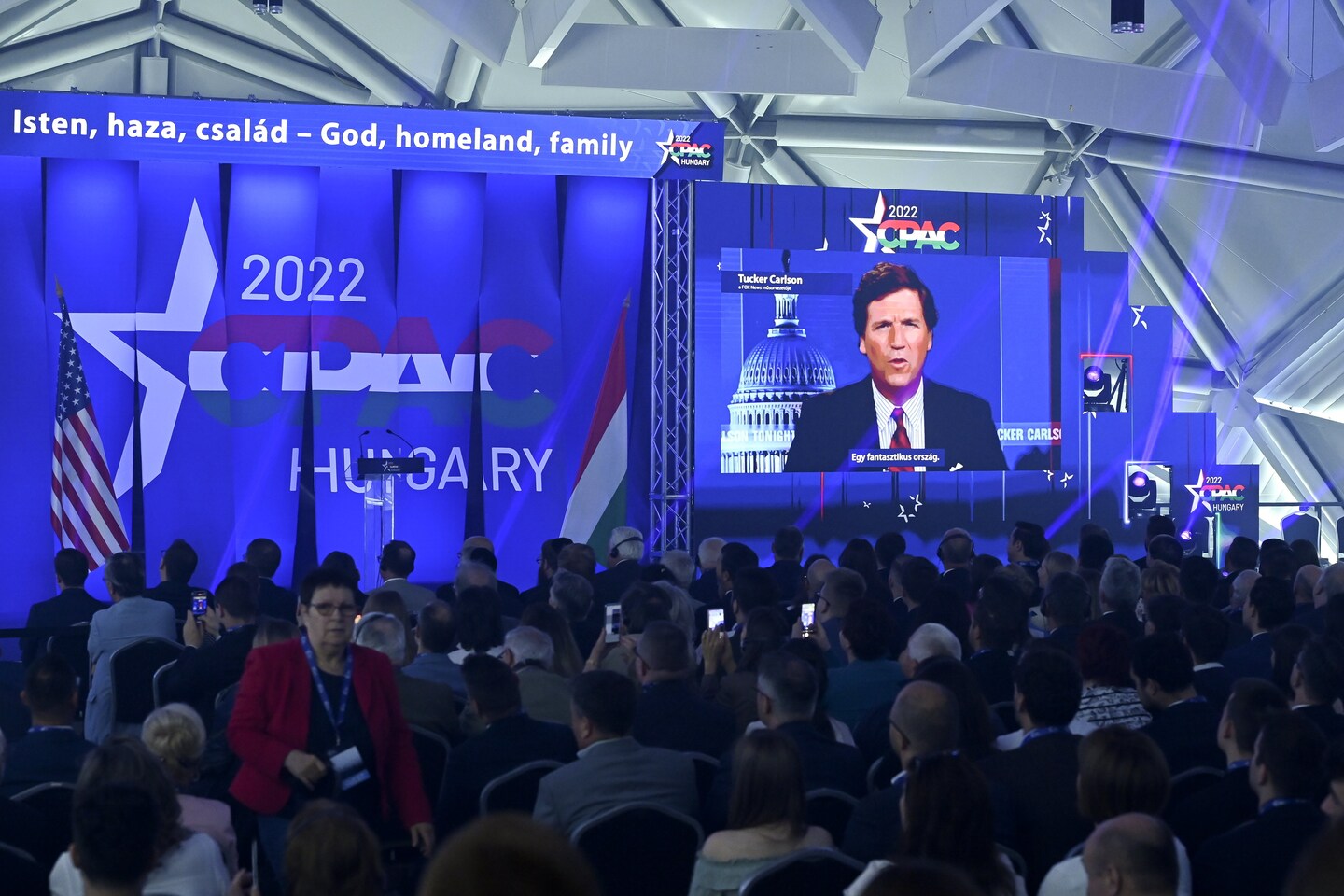 On Thursday, the Conservative Political Action Committee (CPAC) will meet in Hungary to discuss their ongoing “fight for conservatism in America and abroad.” Hungary’s authoritarian prime minister, Viktor Orban, is featured as a keynote speaker.

Apart from his Christian nationalism, antisemitism and homophobia, a major characteristic U.S. conservatives find endearing in Orban is his success in silencing the academic left — something the American right has long wanted to do.

But there’s a great historical irony about conservatives’ embrace of Orban. The Hungarian Revolution — in which academics and students led an anti-communist attempt to gain independence from the Soviet Union — was a catalyst for the rise of the American conservative movement in the 1950s.

Young conservatives in the United States, including Marvin Liebman, William F. Buckley Jr. and others, began their careers organizing in support of the Hungarian revolution. They decried the U.S. government’s failure to do more to support them. Yet today, the American right Buckley and others helped construct is embracing an authoritarian figure who opposes everything those Hungarian revolutionaries and young conservative activists in the United States once espoused.

After World War II, the Hungarian People’s Republic functioned as a Soviet satellite state. Throughout the postwar years, communist police forces purged thousands of Hungarian bourgeoisie, intellectuals, nationalists and other non-communists to ensure the state’s cultural orbit remained in the Stalinist sphere. Academics and political dissidents were regularly exiled to labor camps or killed.

Under a mismanaged puppet regime, Hungarians suffered food shortages, rampant inflation, social unrest and an effective brain drain. After Joseph Stalin’s death in 1953, a small group of university students, professors and other intellectuals incited a rebellion for Hungarian independence.

In October 1956, approximately 20,000 Hungarians mobilized in the capital city of Budapest. Protesters sang their national anthem (banned by the U.S.S.R.) as professors and students demanded free elections, an end to Soviet control of their state and entry into the United Nations. In defiance of Moscow, students toppled Stalinist statues and monuments and replaced them with the Hungarian flag (some cut the hammer and sickle emblem out of the flag first).

Communist police arrested several student agitators and launched bullets and tear gas into the crowd that supported them. Protesters responded by setting fire to police vehicles and seizing the weapons inside. Hungarian troops joined the revolt and tore communist insignia from their uniforms in solidarity with the students and other protesters.

Within hours, Soviet tanks descended upon Budapest. A five-day shootout ensued between Hungarians demanding independence and Soviet forces sent to quell them. The rebellion quickly spread across Hungary, and by the end of that October, Soviet forces appeared to retreat.

Hungarians chose a new prime minister, the reform-minded Imre Nagy, who immediately withdrew Hungary from the Warsaw Pact that bound the country to the Soviet Union. For a few days, the rebellion appeared to have become a successful revolution — until Soviet forces returned in greater numbers and ultimately crushed the resistance.

The attempted revolution ended up lasting less than three weeks. Soviet troops killed approximately 20,000 Hungarians and authorities arrested 22,000 more. They later executed more than 200 (including Nagy) after Soviet courts found them guilty of war crimes. From the beginning to the end of the conflict, a quarter-million Hungarians fled their homeland as political refugees. Most of those killed, arrested or escaped were under age 30. Two additional generations of Hungarians endured life under the Soviet regime until their country’s independence in 1989.

President Dwight D. Eisenhower’s refusal to do more to support the rebellion particularly inflamed the American right’s youngest troops. They saw themselves in Hungary’s student rebellion leaders. According to young people on the right, the United States, for all its Cold War rhetoric about liberty and freedom in support of the revolution, did not adequately respond to, in the words of historian Gregory Schneider, the Soviet “rape of Hungary.” The apparent stalemate in what should have been a proxy war was unfathomable.

These students quickly assembled ad hoc committees to demand that the Eisenhower administration intervene. Among the leaders of these committees was a former communist who would go on to become a foundational leader in the modern conservative movement: Marvin Liebman. To gain attention from Washington, Liebman orchestrated pickets by young people outside the United Nations building in New York.

He organized a convoy of college students to Hungary as a show of camaraderie with the rebels. Liebman claimed funding was sponsored by the Charles Edison Youth Fund (today the Fund for American Studies), though the trip doesn’t seem to have ever taken place.

William F. Buckley Jr., a near-divine figure for young right-wingers in the mid-1950s because of his book, “God and Men at Yale” and his new, fledgling conservative magazine, National Review, directed Catholic support for the uprising. He highlighted the Soviet torture of Cardinal József Mindszenty as an enemy of the communist state.

Elsewhere, anti-communist students at the University of Wisconsin sponsored lectures on the Hungarian Revolution and hosted film showings of “Animal Farm” (1954) as a warning to students about life under Stalinism. Students from the Intercollegiate Studies Institute (ISI) welcomed nationalist orchestrators of the Hungarian rebellion to speak to American college audiences. Others signed petitions calling for the United Nations to impose economic sanctions against the Soviet Union.

This activism gained the attention of older leaders on the right, such as anti-communists Fred Schwarz and Herbert Filbrick, Rep. Walter Judd (R-Minn.) and writers Whittaker Chambers and James Burnham. These older men provided mentorship to the next generation. They appeared as invited speakers at the students’ events and offered their endorsements on fundraising literature. Over the next few years, sympathetic congressmen even agreed to sponsor anti-communist legislation drafted by the students.

This tutelage helped turn many of those young activists rallying in support of the Hungarian Revolution into key players in the nascent conservative movement. Liebman went on to be one of the right’s most successful fundraisers (and one of its few gay activists). He and Buckley were experts at assembling students in right-wing organizations, most notoriously in Young Americans for Freedom (YAF), which they founded in 1960.

Other college students in YAF, ISI and the Edison Youth Fund who had participated in the 1956 protests would also go on to become major players in the American right, transferring their energies to new organizations like the American Conservative Union (ACU) in the 1960s.

And their activism wasn’t limited to anti-communism — these men and women had long careers as influential players in propelling conservatism forward in the United States. Many of them later pointed to campaigning for conservative Republican Barry Goldwater’s unsuccessful presidential candidacy in 1964 as the highlight of their youth, and the election of Ronald Reagan as president in 1980 as the pinnacle of the movement they initiated as college students.

The willingness of conservatives today to overlook the brutality and corruption of Orban is a fantastic contradiction to the values espoused by the activist students who helped catalyze the American right during the Cold War — by, in stark contrast, supporting those revolting in Hungary against autocracy. Some of the founders of the ACU, in fact, which sponsors CPAC, took part in this effort.

While these young conservative Cold Warriors disliked the perceived liberal bias of universities and academics in the United States, they saw freedom as their overriding cause. Today, however, while continuing to inveigh against the academy, the American right seems drawn to authoritarians and using the power of government to achieve their cultural agenda, especially when it comes to schools and education. But while Orban shares their cultural conservatism, he’s the antithesis of what the conservative movement once stood for.