Brandi Bare slipped out handcuffs and tried to run away, police say 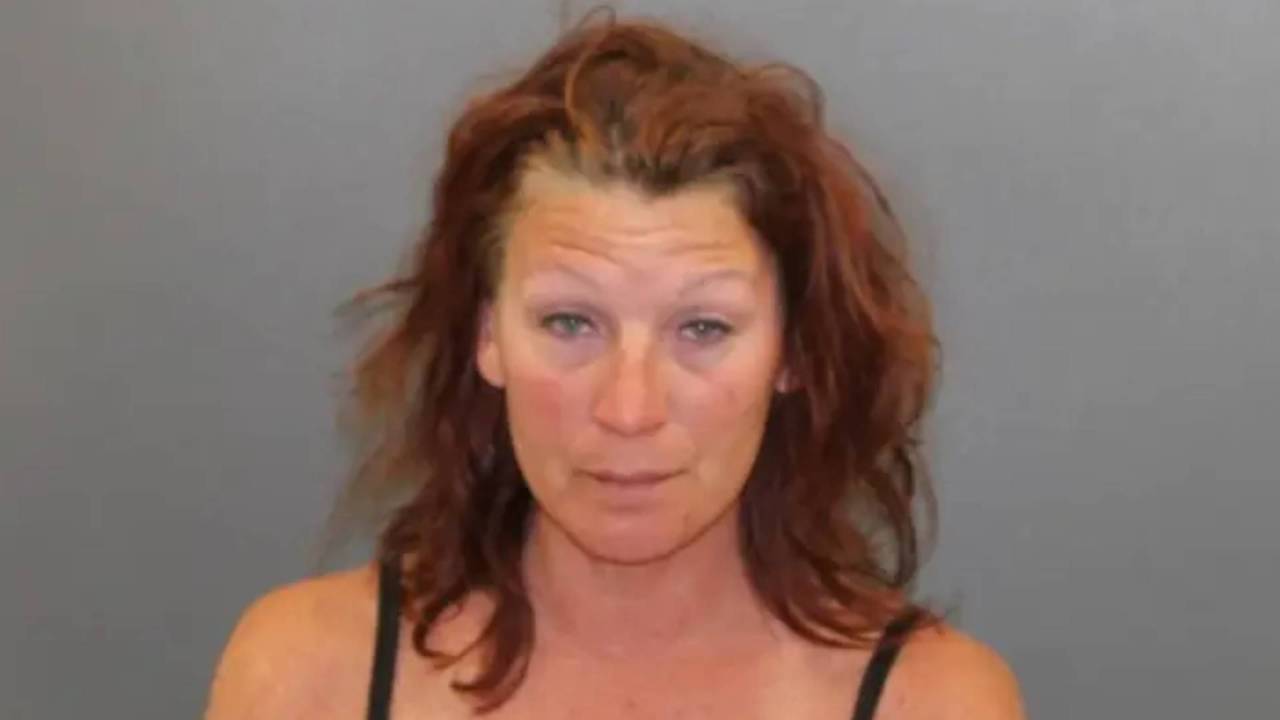 MONTPELIER, Ind. – New details have emerged in a Blackford County crash that killed a man and his 5-year-old great-grandson.

Police said Brandi Bare, 46, crashed into a home on E. Blaine Street on June 2, killing 74-year-old Jerry “Jake” Michael and 5-year-old Jenson Reynolds. Two others were hurt, including Jenson’s young sister and the children’s father. Both were airlifted to an Indianapolis hospital.

According to the probable cause affidavit filed in the case, an officer responded to the home around 7:50 p.m. on June 2. The officer observed tire marks in the backyard leading up to the house and said the scene was “tense” and chaotic. People were “running around hysterically.”

“There was a sign right here that she hit first,” said Jamie Winningham who was just feet away from the path of Bare’s car, “and she hit that dirt there and that sent her up in the air to get her in the house and out the front.

The officer saw a maroon Pontiac Grand Prix sitting in the front yard with the airbag deployed and front-end damage. A woman, later identified as Bare, was sitting in the grass near the passenger side crying and saying she was sorry.

A witness told the officer there was a little boy under the car who may need help. The boy, 5-year-old Jenson, had been crushed underneath the car, police said.

When the fire department and EMS arrived to check on the boy, the assistant fire chief asked the officer to contact the coroner’s office. The second victim, Jerry “Jake” Michael, was lying near the house.

A neighbor said the family had just returned from a baseball game and Michael was preparing a cookout.

“It’s just tragedy,” said Karen Binegar. “I was best friends with them, grew up with them and it’s just heart-wrenching.”

The officer told Bare to stand up, but she remained on the ground. The officer picked her up, placed her hands behind her back and cuffed her before escorting her to his patrol car. The officer could smell the odor of an alcoholic beverage coming from Bare. Her speech was slurred, and her eyes were bloodshot, according to court documents.

The officer placed her in the back of his car. Shortly after that, someone notified the officer that Bare had gotten out of the patrol car and was walking away. The officer noticed she’d slipped out of the handcuff on her left wrist.

The officer yelled for Bare to stop, but she ran through a tree line before the officer caught up with her. She fell to the ground and said “she could not do this.” A Blackford County deputy helped the officer take her back into custody and put her back in the squad car. Bare was “fighting and pulling away” the whole time, according to court documents.

She continued to resist and told the officers “she did not mean to do this.” Police couldn’t conduct a field sobriety test due to the chaotic scene and Bare’s uncooperative nature.

Once at the police station, Bare requested a lawyer and said she would not submit to a blood draw. Police obtained a warrant and took her to the hospital to get one. She resisted attempts by nurses to take her vitals, according to court documents, and “had to be held down” in order for the staff to draw her blood. A nurse handed over two vials for testing.

After having her blood drawn, Bare calmed down, the officer said. She was then taken to the Blackford County Security Center for processing.

Court records show Bare has been involved in other drunk driving incidents, including a 2012 case in Wells County and another 2014 case in Howard County. The officer wrote that she qualifies as a habitual vehicular substance offender, according to the affidavit.

An employee of the High Street Bar in downtown Montpelier told FOX59 that Bare had been drinking a beer and a glass of water at the bar 90 minutes before the crash and said she was leaving for a relative’s house.

Several neighbors told Fox 59 News that Bare knew the Michael family. The victim’s family said they are angry that Bare is being held on a $5000 bond in the Blackford County Jail.

A petition calling for Bare’s bond to be revoked has gotten more than 7,200 signatures as of 5 p.m. Monday.

Russ McQuaid contributed to this report