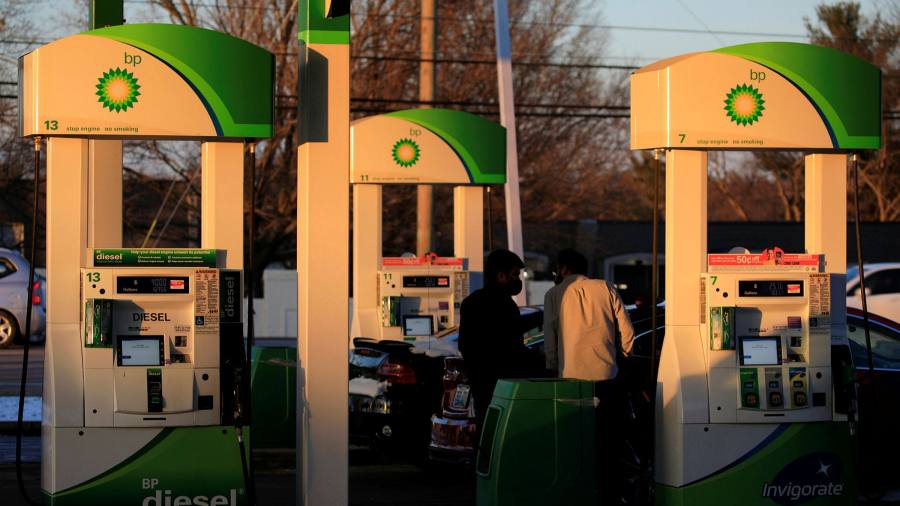 BP reported a 96 per cent drop in fourth-quarter profits as the pandemic’s hit to energy demand endured and the company suffered from weaker trading results.

Underlying profit on a replacement cost basis — a measure of income tracked most closely by oil analysts — was $115m in the three months to December 31. This fell short of analysts’ expectations for a profit of $370m, according to a company-compiled estimate.

This quarterly profit compares to $2.6bn in the same period the year before.

The fourth quarter capped a brutal year for the industry with government-imposed lockdowns and travel bans to contain the pandemic dramatically hitting earnings.

For the full year BP slumped to a loss of $5.7bn, its first in a decade. That was driven by the collapse in energy prices, a writedown in the value of oil and gas assets by billions of dollars, weaker refining margins and depressed demand.

BP said quarterly performance was “significantly” hit by lower marketing performance in the downstream business, fuel sales under pressure because of the pandemic and weaker refining margins.

The company also said there was a big impact from weaker gas marketing and trading results, and higher exploration write-offs.

BP, which returned to a profit in the third quarter as crude prices and energy demand recovered, had already warned of a volatile outlook.

The price of crude oil has recovered from last April’s lows — below $20 a barrel — helped by a nascent market recovery and the rollout of vaccinations. Although Brent crude is again above $55 a barrel, it is still far away from around $70 level a year ago.

The pandemic is accelerating a transformation of the oil company under chief executive Bernard Looney, who started in his role last February and pledged to turn BP into a net-zero emissions company by 2050.

BP is selling assets and reshaping its business for a lower carbon future, which includes restructuring the company and cutting 10,000 jobs.

BP cut its dividend in August for the first time since the Deepwater Horizon disaster in 2010 to 5.25c, which it has since maintained including in the latest quarter.

It also wants to sell $25bn in assets by 2025 to cut debt and pay for its green energy push.

The company said net debt — which stood at $39bn in the fourth quarter — would increase in the first quarter of 2021, but it still aims to reach its $35bn target as early as the end of this year.

This week BP announced the sale of a 20 per cent stake in an Omani gas block for $2.6bn.