Boris Johnson, sinking at home, has fans in Ukraine 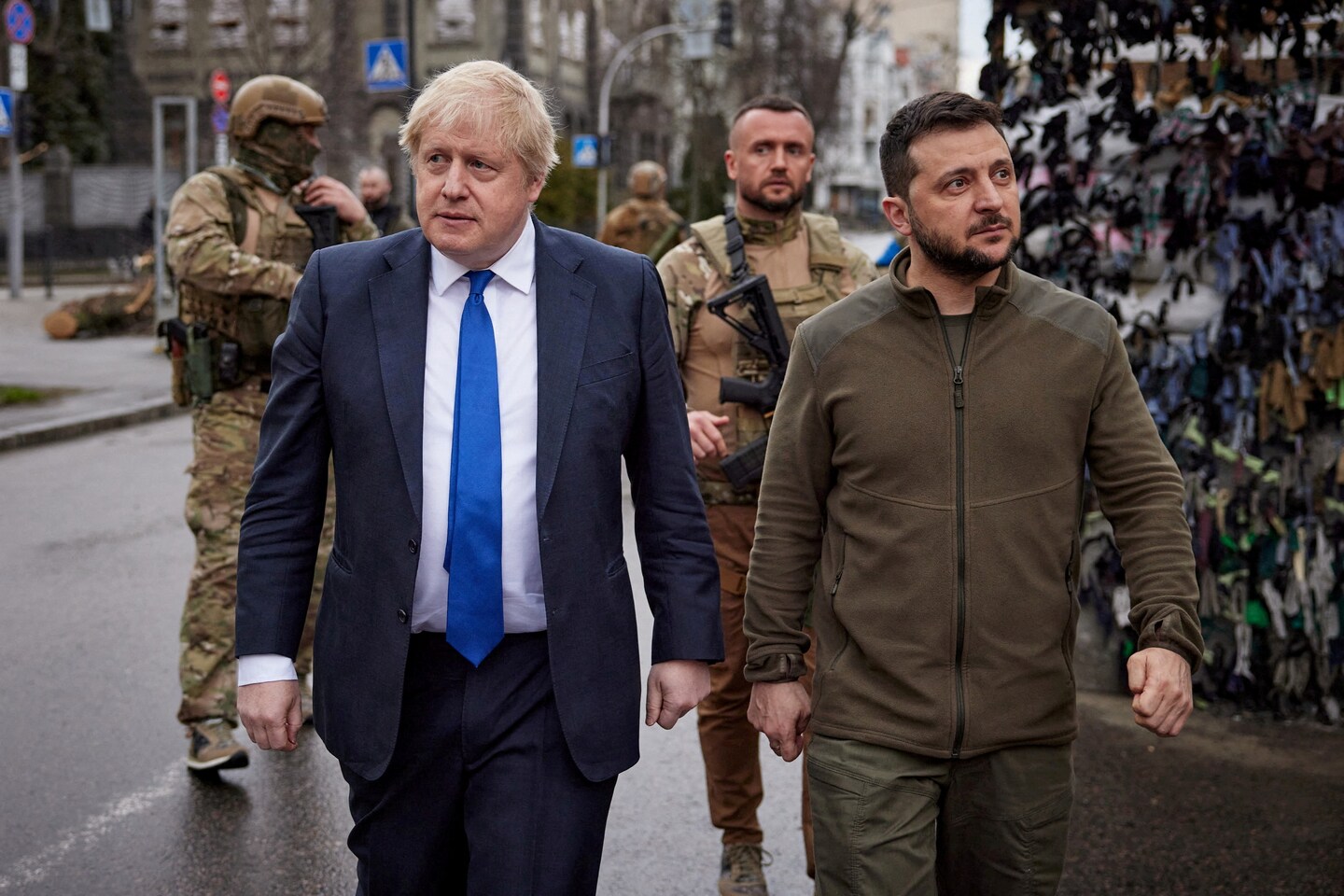 You’re reading an excerpt from the Today’s WorldView newsletter. Sign up to get the rest free, including news from around the globe, interesting ideas and opinions to know, sent to your inbox every weekday.

At home, British Prime Minister Boris Johnson is a premier living on borrowed time. He survived an internal Conservative Party no-confidence vote Monday, but his political obituaries are already being written. The scandal of “Partygate” — how he and key allies defied the strict pandemic lockdowns that they themselves had imposed on the country — made his once Teflon brand irredeemably toxic. Johnson’s march to power was animated by his distinct, puckish nationalism. But he may get turfed out of office with voters and rival politicians fixated on his seemingly inescapable narcissism, instead.

Johnson’s approval ratings have tanked and show little sign of lifting. A wing of his own ruling party is in open rebellion against him. There’s no certainty that Johnson, like Theresa May, the prime minister he replaced, can recover from a bruising no-confidence vote to lead the Tories into Britain’s next general election. The British public already delivered a damning verdict: Last week, his appearance at celebrations for Queen Elizabeth II’s Platinum Jubilee was met by a chorus of boos from the otherwise cheering crowds.

“He is a wounded leader,” my colleagues reported. “He and the Conservatives will struggle to rebuild their brand in the face of soaring inflation and diminished public trust. And allies in Europe and the United States are now on notice that his authority has been undercut by his own doing.”

How Boris Johnson went from landslide victory to no-confidence vote

Yet there’s a conspicuous ally who remains unruffled by Johnson’s domestic woes. On Tuesday, Ukrainian President Volodymyr Zelensky said at a teleconference hosted by the Financial Times that he was “very happy” Johnson won the no-confidence vote, casting him as a “true friend of Ukraine.”

President @ZelenskyyUa just updated me on the ongoing battle against Russian aggression in the Donbas.

It’s clear the Ukrainian people will not bow to Russian brutality. We’re unwavering in our mission of ensuring Ukraine is defended and supported for the long-term. pic.twitter.com/eiW0buOrX4

This wasn’t simply polite rhetoric. Few Western leaders have tethered themselves as closely to the Ukrainian cause as Johnson, who championed weapons transfers to Ukraine early and visited Kyiv in April, walking about the Ukrainian capital with Zelensky. In May, he became the first foreign leader since Russia’s invasion began to speak to Ukraine’s parliament.

“You have exploded the myth of [Russian President Vladimir] Putin’s invincibility and you have written one of the most glorious chapters in military history and in the life of your country,” Johnson said via video address. “The so-called irresistible force of Putin’s war machine has broken on the immovable object of Ukrainian patriotism and love of country.”

Johnson, ever eager to summon the spirit of Winston Churchill, described the brave Ukrainian resistance as the country’s “finest hour,” one “that will be remembered and recounted for generations to come.”

Boris Johnson survives but is weakened by no-confidence vote

Over the course of the war, Johnson has set himself up as Western Europe’s most vociferous anti-Russian hawk. Free of the obligations of European Union membership and its drives toward political consensus within the continental bloc, Johnson has taken a more strident line in defense of Ukraine’s interests. His position has made him a frequent target of Russian state media, geopolitical animosity he may welcome as his government struggles to craft post-Brexit Britain’s new “global” identity.

On the day of the no-confidence vote, Johnson tweeted an image of himself in 10 Downing Street, on the phone with Zelensky, along with a message offering “long-term” support for Ukraine. After surviving the vote, Johnson’s office once more pivoted to Ukraine, releasing a statement following a cabinet meeting insisting that it was “vital” that Zelensky not be “pressured into accepting a bad peace” deal and that “the world must avoid any outcome where Putin’s unwarranted aggression appears to have paid off.”

It’s a tacit riposte to other prominent voices, both in the West and outside, calling for dialogue between Kyiv and Moscow to swiftly end the war and stabilize a massively troubled global economy.

Johnson’s enthusiasm has not gone unnoticed in Ukraine. A town near the port city of Odesa has reportedly named a street after the British prime minister. A bougie bakery in Kyiv even concocted a special pastry in his honor — an apple and cinnamon cake decorated with a frilly coating of meringue on top, in homage to Johnson’s consistently unkempt mop of hair.

“Boris Johnson is not just a prime minister but is also now a croissant,” the establishment announced on its Instagram account, according to the Telegraph.

In honour of the no-confidence vote, tried a “Boris Johnson” croissant in a Kyiv cafe today. It’s supposed to resemble his scruffiness and hair. The uncharitable might suggest it wins by being airy and insubstantial. pic.twitter.com/FIJaeEsNJW

In Britain, few are finding Johnson so sweet. The prime minister came under fire, as Today’s Worldview’s Adam Taylor noted a few months ago, for his history of ties to Russian oligarchs, links that extend to much of the Tory political firmament. As mayor of London, he presided over a status quo that saw a web of shadowy foreign elites park their capital in the British capital. The war prompted, critics contended, a much-delayed government backlash against the infiltration of illicit wealth across the country’s economy.

Moreover, for all his loud-throated cheering of Ukraine’s war effort, Johnson and his government have accommodated far fewer Ukrainian refugees than other European partners. In May, Johnson was compelled to stress that Ukrainian asylum seekers would not be shipped off to Rwanda, the African nation 4,000 miles away where Britain is now bent on sending its asylum seekers.

Starting even before Russia launched its invasion, analysts spied in Johnson’s embrace of Ukraine a desperate bid to summon the legacy of Margaret Thatcher’s Falklands War. Thatcher faced rising inflation and mounting domestic anger at her agenda, but the victorious conflict over Argentina in 1982 helped power her to reelection and set up a decade of nation-revamping rule.

“It was a minor post-colonial conflict, yet victory in the Atlantic helped reinforce her reputation as the Iron Lady, one with Churchillian echoes, whose resolute leadership at a moment of crisis helped make Britain great again after a decade or more of drift and decline,” wrote Steven Fielding, a professor of political history at the University of Nottingham.

“Talk of the Ukraine crisis providing a ‘Falklands moment’ for Johnson is simply fool’s gold for desperate Conservatives,” Fielding added. “It shows they are whistling in the dark in the face of dire poll numbers for the Prime Minister and his party.”