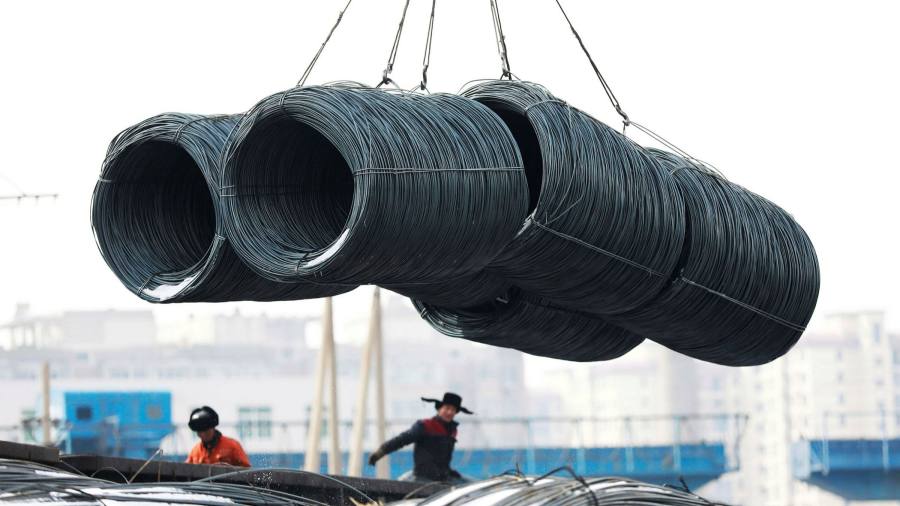 Boris Johnson is expected this week to set out more extensive tariffs on steel imports to protect jobs in Britain, even though the move risks breaking international law.

The prime minister last week announced provisional plans to extend existing steel tariffs — largely on developed countries and China — by a further two years, with a final decision expected before some of them expire on Thursday.

He is also set to expand import limits to other, mostly developing, countries to prevent a flood of steel imports, saying that doing the opposite and lifting restrictions was not “the right way forward”.

What do the steel tariffs involve?

The UK, along with the EU, introduced “safeguard” measures in 2018 during Donald Trump’s US presidency to protect producers from cheap international steel.

Those “safeguard” import limits, imposed country by country, limit how much they can export to Britain before being hit with a 25 per cent tariff.

They currently apply to 15 categories of steel; 10 run until June 2024 but five are due to expire this Thursday.

In a statement last week the Department for International Trade set out plans, to be confirmed by Thursday, to extend the tariffs on those five categories for another two years.

At the same time, the government now wants to impose safeguard limits on some developing countries which have breached an import threshold.

Why were the tariffs imposed?

Britain imposed tariffs on 19 types of steel products as an EU member. Last year, after Brexit, it reimposed them on the same categories as a standalone trading nation.

Despite some Conservative MPs disliking tariffs because of their distorting impact on free trade, ministers acted because they feared that a flood of cheap steel imports could cost thousands of jobs.

Many steel factories are in marginal “red wall” areas won by the Conservative party for the first time in 2019 — such as Scunthorpe, Hartlepool and areas of south Wales — and have already shed large numbers of workers over the recent decades. The opposition Labour party has, strikingly, supported the government’s plans.

“The government’s interventions will guard against anticipated surges in imports from trade diverted away from the US and EU markets that will remain shielded for years to come,” said Gareth Stace director-general of trade body UK Steel.

“Such surges would have risked jobs, investment and our ability to transition to net zero.”

Why is the government looking to extend and expand the tariffs?

International trade secretary Anne-Marie Trevelyan concluded in last week’s proposals that extending the tariffs was vital to preserving the health of the UK steel industry.

“If the measure were discontinued, there would be serious injury or the threat of serious injury to UK producers,” she said, adding that the “safeguard” caps on developing country imports were designed to fulfil the same function.

The move is likely to keep the price of steel higher than it otherwise would be.

The government admitted last week that it had received evidence from “downstream users of . . . steel products” that there were “severe problems” with supply and increased costs because of the existing tariffs.

The Confederation of British Metalforming said its 200-plus members had been “severely impacted” by the tariffs, arguing that domestic producers were “ill-equipped” to meet demand.

Sub-contractors in industries such as automotive, aerospace and engineering had endured “unnecessary pain, financial injury and supply chain disruption” because of the tariffs, the confederation said.

Another potential problem is that some countries such as Turkey, India and South Korea could retaliate by slapping tariffs on UK exports — for example cars or whisky. Brazil and China are among the countries that have questioned the legality of the UK extending the measures.

What is the role of the Trade Remedies Authority?

One complication for the government is that its own newly-created independent Trade Remedies Authority has criticised some of the tariffs.

The TRA found last summer there was no evidence to justify the continuation of the measures on certain steel categories.

Liz Truss, then the international trade secretary, was only allowed to accept or reject the body’s recommendations in full. Instead, she passed emergency legislation to amend the proposal.

But the government admits it could face a challenge at the World Trade Organization.

In March Trevelyan “called in” the TRA’s advice, asking the body to review the issue again on slightly different criteria — assessing the measures on the basis of three headline categories rather than each specific sub-category.

This time the TRA found that the UK could apply duties to the relevant steel imports.

Sam Lowe, a trade expert at consultancy Flint Global, said: “The TRA was set up to be pure and rational and pro-liberalisation, but domestic political economy has got in the way of that vision.”

Why did Johnson’s ethics adviser have concerns about the tariffs?

Lord Christopher Geidt, who quit this month, said it would be wrong to categorise the reason for his resignation as a “technical” concern about steel tariffs.

Instead, he said he had been put in an “odious position” because the move would be a “deliberate and purposeful breach” of international law.

Geidt criticised the “government’s widely publicised openness” to legal violations on other fronts and said the plan to defy the WTO over steel was “simply one example of what might yet constitute deliberate breaches by the UK of its obligations under international law”.