Boris Johnson had to resign — junior ministers forced his hand 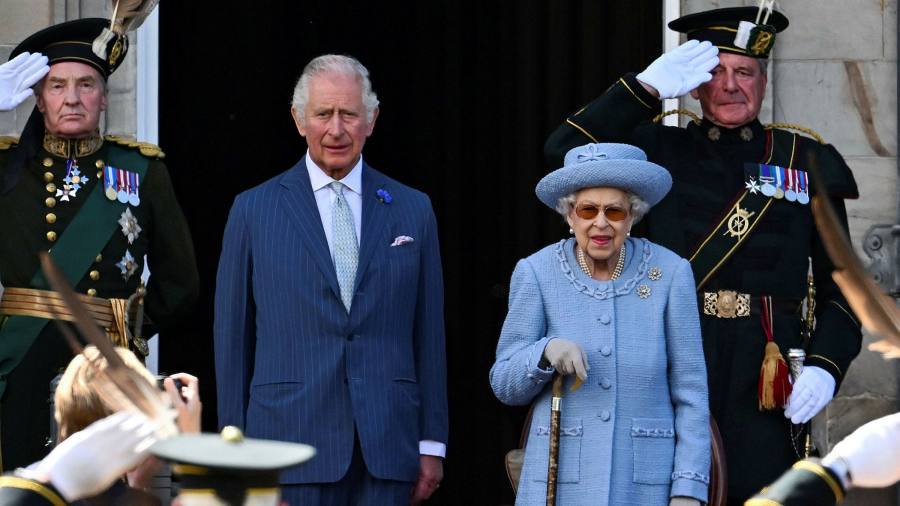 This article is an online version of our Inside Politics newsletter. Sign up here to get the newsletter sent straight to your inbox every weekday.

Good morning. An avalanche of junior ministerial resignations has left Boris Johnson’s government unable to fulfil the basic functions of government and forced the prime minister to accept his time in office is over.

But there could still be a huge fight to come over the timing of his exit. The prime minister’s preferred timetable is to remain in place and for the Conservative party to pick a new leader in time for the autumn conference. But the inflationary pressures facing households, particularly once the energy price cap rises in the autumn, won’t wait for a prolonged election.

If they are smart, Tory MPs may decide to hold a contest among themselves rather than a prolonged one involving a run-off round among members. As it stands, while the prime minister is on his way out, the UK only has a government in a nominal sense. Some thoughts on all that, plus, I explain why the prime minister had no constitutional options left.

That joke isn’t funny any more

Visitors to the Department for Education are greeted by a screen, which displays the faces of the department’s ministers on a loop. When I started writing this newsletter there was just one MP left on the screen — that of Michelle Donelan, the education secretary and the only remaining Commons minister in the department. As of 8:50, there were none, after Donelan, appointed to the post just two days ago, quit her post.

Donelan’s resignation came out of recognition of one simple fact. While Boris Johnson had succeeded in replacing most of the missing faces around the cabinet table, the resignation of a host of junior ministers had made his government inviable.

Tim Durrant of the Institute for Government has produced a handy chart that illustrates the scale of the ministerial exodus:

Civil servants have been forced into pulling legislation from parliament and cancelling meetings with external stakeholders because they do not have the ministers to attend them. As the departure of former City minister John Glen from the Treasury illustrates all too well, it is junior ministers who do much of the important work of governing.

This is now essentially a non-government. It cannot fulfil its basic functions, and unless we are seriously proposing that its remaining members start holding down three or four different ministerial jobs it has no serious prospect of being able to.

There are more vacancies in the government than there are available MPs to fill them. In that respect, it’s rather like the UK labour market, where the number of working people remains well below pre-pandemic levels.

How did it come to this? Katy Balls has written a smart column in this week’s Spectator that is vital to understanding Johnson’s thinking and strategy:

Prime ministers are seldom forced out: they are persuaded that their position is unsustainable and they walk. Margaret Thatcher quit before facing a final vote. Tony Blair chose resignation in preference to an uprising led by Gordon Brown. Theresa May was technically safe from any leadership challenge when she resigned. After Remain lost the EU referendum, David Cameron decided to go quietly rather than face a warring party.

But Boris Johnson is not a creature of Westminster. He did not rise through its ranks, he built no tribe and he is more given to issuing edicts than winning people over. In the same way, he believes he can be vulnerable if he follows convention — something he has always tried to avoid doing.

Don’t sit down ’cause I’ve moved your heir

Ultimately, what forced the prime minister out is that he had run out both of ministers and options. There were two fanciful ideas doing the rounds in Westminster about how he might survive in office. The first involved seeking a fresh election rather than facing a confidence vote from his own MPs. The second involved digging in and refusing to resign even then.

But neither route was viable, and here’s why.

Both would brush up against the handful of very real powers the British monarch still has in our constitution. Technically, the appointment of new ministers is announced with reference to the Queen doing so, and the monarch (or this year, the heir to the throne Prince Charles) sets out the government’s legislative programme in the Queen’s Speech. That being said, these are still things solely within the control of the elected government.

However, the dissolution of parliament — now that the Dissolution and Calling of Parliament Act has removed the right to call an election from the legislature — is a genuine power of the crown. Prime ministers are not guaranteed the ability to dissolve parliament and call an election on their own. The principles setting out when a monarch might refuse a dissolution of parliament were first set out in semi-public in an anonymous letter to the Times by King George VI’s private secretary (and the present Queen’s first private secretary, to boot) Sir Alan Lascelles:

That second principle has since been abandoned, but in the event that the Conservative party retains a comfortable majority that is more than capable of governing (which it does) and has a process for finding an alternative leader (which it does), the monarch’s right to refuse a dissolution is well-established. The precedents haven’t been acted upon in modern times, but they remain in place.

The right to fire a prime minister who refuses to recognise that a democratic vote has taken place remains a very real monarchical power, albeit one that I don’t think there is a serious prospect of the monarch having to exercise. More importantly, that is also the view of the Telegraph, Johnson’s closest media ally and supporters’ club who in their leader yesterday said this:

The monarch would be entitled to turn down a request for an election but it is hard to believe Mr Johnson would even consider it, although he has not ruled it out definitively.

Whether you agree with that characterisation of the prime minister or not is moot. Remember that the Queen is a political actor, too, and her political project is to preserve the monarchy. That means both keeping within precedent and avoiding controversy (in that order — the prorogation of parliament in 2019 was controversial but it was not the first time that a prime minister had used a prorogation to get himself out of a tricky political spot). But it also means not creating a situation in which people start to point out that an elected or appointed president would have stepped in to end the chaos.

The monarchy was never going to come to Johnson’s rescue if parliament has to formally remove him from office or is in the process of doing so. That reality may be why the prime minister has finally realised the game is up.

(If any of the civil servants or palace officials reading this newsletter want to expand on our knowledge of the constitution via an anonymous letter to the FT, please do get in touch at insidepolitics@ft.com.)

One of my favourite restaurants in London is Ognisko, the restaurant of the Polish Hearth Club. It’s the sight of many happy memories and fun meals, though my absolute highlight there is the wedding of one of my best friends, where I drank far too much flavoured vodka.

It’s also the location of one of my favourite lunches with the FT, in which Polina Ivanova meets the Ukrainian historian Serhii Plokhy.

I first encountered Plokhy’s work when I was one of the judges for the Baillie Gifford book prize in 2018. Plokhy’s Chernobyl: History of a Tragedy won). It’s a masterpiece that manages to pack a huge amount of detailed and technical information about nuclear power and the structures of the USSR in without losing the general reader. Polina’s lunch does a fantastic job of packing in what an interesting thinker he is in a compelling conversation about history, identity and food. It’s really worth reading and checking out Plokhy’s work afterwards.