Boris Johnson goes, but what comes next? 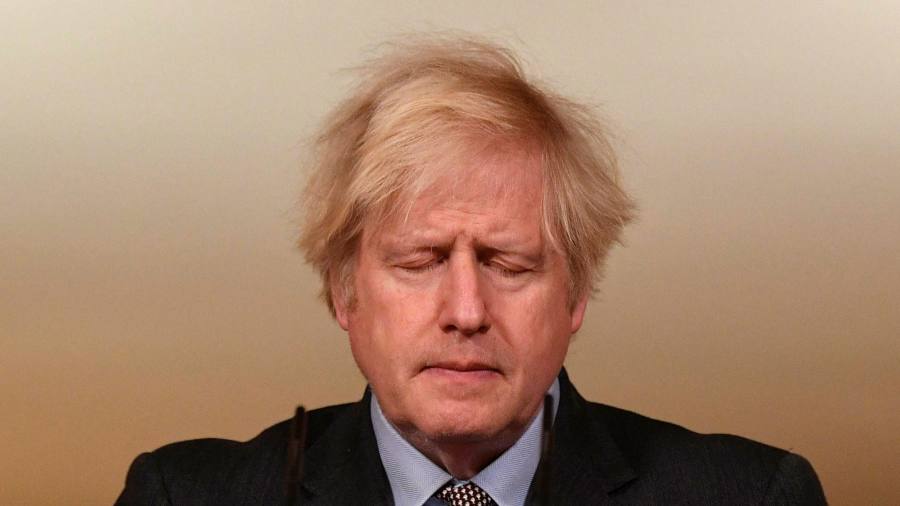 In the end even this most unconventional of prime ministers could not defy the conventions of British democracy, though he tested them to the max. On Wednesday night, Johnson’s refusal to resign in the face of the total collapse of his authority led some to talk of a Trump moment but ultimately the system won. His resistance has lasted less than two days. After just under three riotous years, the Johnson era is formally ending.

It is hard to think of a collapse to compare with Johnson’s fall. The Conservatives have a Commons majority of more than 70, there are over two years left for this parliament to run and, while there are policy disputes within the government, there is no huge ideological split. This early exit is entirely due to his own erratic conduct and amoral behaviour. Put simply, his MPs no longer trusted him, personally, administratively or electorally.

Critics will say that Johnson’s character was well known in advance but even those who thought they had priced in his personality have been shocked by some of his behaviour in office. They were also taken aback by what at times seemed his political weakness — with constant and highly damaging U-turns often in the face of entirely predictable backlashes, most recently over a windfall tax on oil companies.

What is indisputable is this prime minister’s historical significance. Brexit is Johnson’s legacy and, for good or ill, it is huge — though it can only be truly judged once its full impact on the Union and the economy can be properly assessed. Right now the portents are not promising.

But the verdict of history can wait. The key issue now is what next. Ordinarily, this would be simple. The Conservative party begins the process for a leadership election and Johnson remains in a caretaker role until that is complete. This is the interim position from Downing Street though his intransigence in the last 24 hours has led some to question if this is viable. Inertia and a desire not to humiliate him further may however leave Johnson to oversee the transition, not least because of the difficulty of choosing someone else.

The logical candidate would be Dominic Raab, the deputy prime minister, but the cabinet and the numerous contenders for the succession will only support him if he pledges to sit out any contest. This would undoubtedly be the better outcome. The prime minister may have been acting within his right in holding out as long as he did, but leaving such a maverick in charge for a long transition will leave many uneasy.

The first issue is to reassemble a functioning government. Scores of ministers have quit and some departments are devoid of any political leadership. Johnson has begun tapping former and secretaries of state for cabinet roles but in the lower ranks the simplest solution may be to ask all who have not been replaced to withdraw their resignations and stay put until a new government is in place.

The next question concerns the leadership contest. Existing rules necessitate a number of weeks in which the top two choices of MPs are subsequently put to party members. MPs could in theory shortcut that process and settle the issue themselves – there are good reasons for them not to draw it out by offering the membership a choice.

As to the contenders, there will be many. But it is worth remembering that the next leader of the Conservative party is going to be a conservative. The most obvious front runners are Nadhim Zahawi, the new chancellor, a Brexit-backing Thatcherite ideologically in tune with the bulk of his party, who appears to have the support of campaign strategist Lynton Crosby and may start as favourite; Liz Truss, the foreign secretary and another Thatcherite who disavowed her Remain vote with the zeal of a convert; and Rishi Sunak and Sajid Javid, the two cabinet ministers who breached the dam by resigning on Tuesday. Both are fiscal conservatives but Javid may be disadvantaged as a grudging Remainer. Penny Mordaunt, the trade minister, and Jeremy Hunt, the former foreign secretary, have been preparing hard for this moment. Ben Wallace, the defence secretary, has many fans.

Included in this mix will be a raft of younger pretenders testing their luck. Suella Braverman, the attorney-general and Brexit hardliner, has declared from inside the cabinet, though few in Westminster will bet heavily on her chances.

More important are the dividing lines. No serious contender will offer to resile from Brexit. There may be nuanced approaches between those seeking a more constructive relationship with the EU and those who want confrontation. But no reverses.

The two biggest divisions will be over character and the economy. On the first, each will wish to offer a break from the low standards, deceit and rule-breaking of the Johnson years. Most serious contenders will be an improvement. But those, like Sunak and Javid, who finally took a stand, have more credibility. MPs tend to choose insiders, but Hunt and Tom Tugendhat, respectively the health and foreign affairs committee chairs, are uncontaminated by serving in a Johnson government.

Central will be the economic approach and a fierce row over tax and growth strategies — with an argument over net zero climate policy thrown in. But aside from the moral case for sticking with the broad Johnson position on climate change, elections elsewhere suggest Tories should be wary of straying too far from these commitments.

Many Tories are furious at the high levels of personal and business tax and government spending. This, fundamentally, is what led to the fall in Sunak’s standing. High inflation confuses the issue, but both MPs and party members are likely to plump for someone who offers a reversion to more traditional low-tax principles. This may favour Zahawi. It is worth noting that there is a high chance the Conservatives are about to elect the country’s first ethnic minority prime minister, which would be a remarkable moment. The Tories would then have chosen the UK’s first female and ethnic minority premier.

Many in the party have argued that the Tories could still win the next election with a change of leader. We are about to find out if that is true.