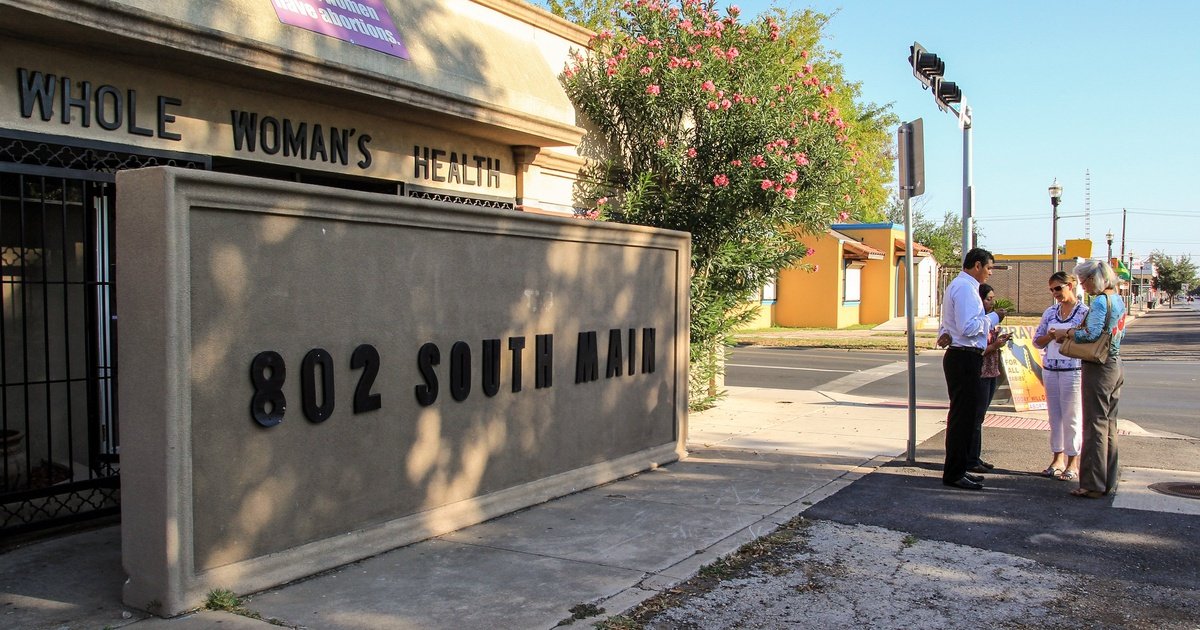 McALLEN — Veronica Hernandez, manager of Whole Woman’s Health of McAllen, has long worried about the patients she sees walk in through the front door.

Now, though, her concern is focused on those she doesn’t see.

A Texas law that went into effect in September outlaws abortions after cardiac activity is detected in an embryo, usually at six weeks of pregnancy, and is considered the nation’s most restrictive abortion law. The law, which the U.S. Supreme Court has so far refused to block, makes no exception for victims of rape or incest and does not call on public officials to enforce it. Instead, it allows private citizens and groups to sue anyone who has provided an abortion or aided someone seeking an abortion in Texas. If the private citizens win the case, they are entitled to damages of at least $10,000.

Since the law passed, clinics statewide have experienced its chilling effect, reporting that they have performed fewer abortions.

The McAllen clinic has seen a 35% drop in patients under the law, and as the last remaining abortion center along the Texas-Mexico border, the law places it in a situation unlike others’. “I don’t know where those women are going to or doing instead,” Hernandez said.

That’s because the area it serves is farther from an out-of-state U.S. abortion provider than any other Texas clinic and is also the closest clinic to Mexico — less than an hour’s drive away — where abortion was decriminalized in September.

A week after Texas’ abortion-restricting law was enacted, Mexico’s Supreme Court dissolved a Coahuila state law that made abortion a crime.

Hernandez worries that patients who once would have come to her clinic are now traveling to Mexico for the procedure or for a medication abortion, which usually involves taking a combination of the abortion-inducing drugs mifepristone and misoprostol. She is concerned that the patients may not get adequate care.

“What we’ve heard patients say is that they just go to the pharmacy in Mexico, which is literally just walk-in, and the pharmacist will just give you the medication,” she said. Misoprostol, initially approved as an ulcer medication, is available there without a prescription. Mifepristone is not. So sometimes people make do with just misoprostol, which can still be effective in ending a pregnancy, though less so when taken alone.

For example, a medication abortion is completed 92% of the time when misoprostol and mifepristone are taken together. That rate drops to around 60% with only misoprostol.

Some people, Hernandez said, come back to the McAllen clinic unsure of whether they were given the right medications and whether they worked. Others come in because they experience excessive bleeding and cramping.

McAllen is part of the Rio Grande Valley, the four counties at the southernmost tip of Texas. The region, covered in plush citrus groves and tall sugar cane fields, is home to a proud, heavily Catholic Hispanic community of nearly 1.4 million. The area is also highly medically underserved, with around a third of residents living below the poverty level and around the same number without health insurance.

Border life here is vibrant, and it’s common for people to cross over to Mexico for all kinds of reasons. People travel to visit family and friends, for pan dulce and tortillas, and for health care. Braces and antibiotics, for example, are much cheaper south of the border.

For the past few months, Hernandez estimates, around six of the weekly average of 25 patients who come to the Whole Woman’s clinic will find out they are past the sixth week of pregnancy. If they want an abortion, they face either an 800-mile drive to the nearest out-of-state provider, in New Mexico, or a quick day trip to Mexico.

“They say they would rather just go to Mexico,” said Hernandez, who then pleads with patients to stick with Whole Woman’s Health and let them help arrange an abortion at another clinic in the U.S. More of the clinic’s resources are now being used to coordinate travel and accommodations, she said.

But her patients tend to be wary of traveling to other states, said Hernandez, who has worked at Whole Woman’s Health of McAllen for 12 years. Many who come into the clinic tell her they have never been anywhere but the Valley and Mexico. And even for those who have, Mexico is still more familiar, she said.

Also complicating the decision for many pregnant people are the deep roots of religion in the Valley’s culture, said Carla Angulo-Pasel, an assistant professor of political science at the University of Texas Rio Grande Valley. The Texas law has made it nearly impossible to get abortions quietly.

“Church and religion is really embedded in the culture here,” Angulo-Pasel said. “Given the social conservatism, given the traditional roots, there is a lot of patriarchy down here” — and the “machismo culture” is an additional complication. “A lot of women just feel shame and fear to go.”

Recently, a 26-year-old woman in the Valley’s Starr County was arrested and charged with murder over what press reports called a self-induced abortion. After spending three days in jail, Lizelle Herrera was released, and county officials announced they intended to dismiss the case. Press reports noted that generally, under Texas law, a pregnant person cannot be charged with homicide or any lesser crimes related to an abortion. Charges are usually focused on the provider.

The clinic in McAllen has to meet the needs of people of many backgrounds and situations, said Hernandez.

It’s common for noncitizens to seek help from the clinic. Around 100,000 people who are in the U.S. without legal documentation live in Hidalgo County, the Valley’s largest county, which includes McAllen. Some residents feel confined to the area because just an hour’s drive north stands a U.S. Border Patrol checkpoint, in the Texas city of Falfurrias. The clinic also serves immigrants, including teenagers, from Central America who were raped on their way north, Hernandez said.

In line with the clinic’s values, on one side of its building in downtown McAllen is a mural with the words “Dignity,” “Empowerment,” “Compassion,” and “Justice” emblazoned above images of Latina women in fields of cacti and agave, supporting one another.

But the reality right now is frustrating. “We feel not useless, but hopeless that we can’t help some people, knowing that they need help,” Hernandez said.

Disclosure: The University of Texas Rio Grande Valley has been a financial supporter of The Texas Tribune, a nonprofit, nonpartisan news organization that is funded in part by donations from members, foundations and corporate sponsors. Financial supporters play no role in the Tribune’s journalism. Find a complete list of them here.

Kaiser Health News is a national newsroom that produces in-depth journalism about health issues. Together with Policy Analysis and Polling, KHN is one of the three major operating programs at Kaiser Family Foundation. KFF is an endowed nonprofit organization providing information on health issues to the nation.