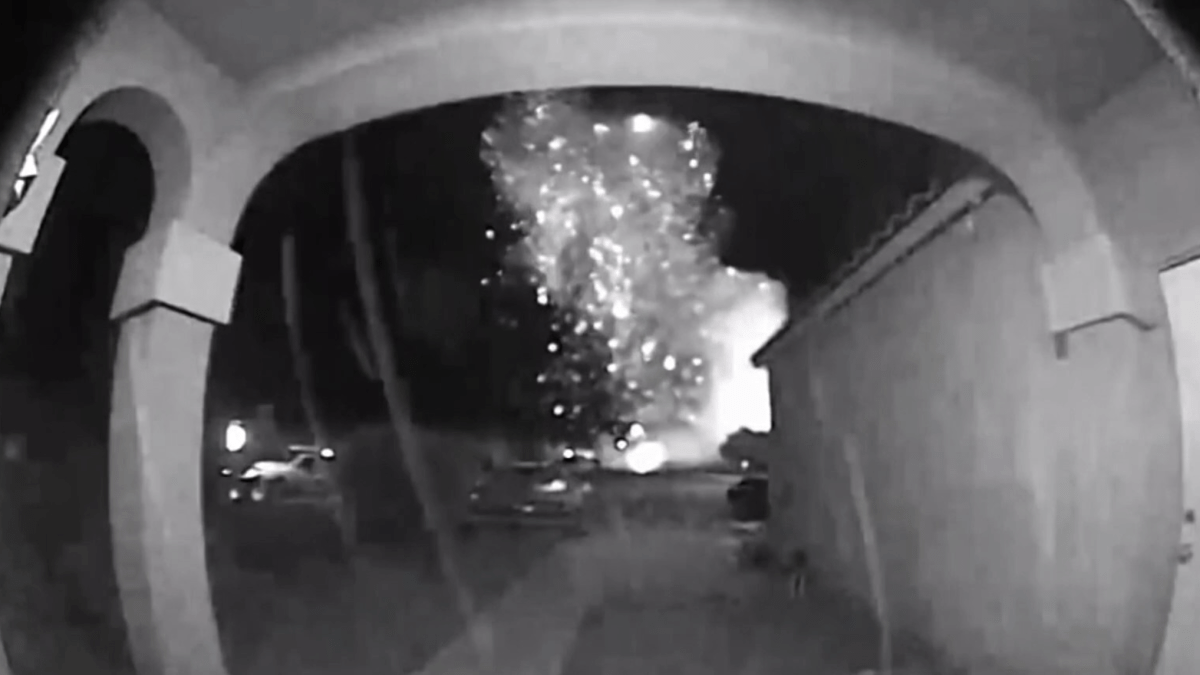 Investigators are working to determine what caused a Victorville home to explode, sending a woman to the hospital.

An insurance assessor, arson investigator, and code compliance gathered at the scene of this home explosion on Adalane Court in Victorville.

Family tells NBCLA that the woman injured in the blast is 25-year-old Shyral King. She owns her own fashion and beauty line.

There were still no answers after a home in Victorville was blown to bits and burned in an early morning explosion. Beverly White reports for the NBC4 News on Wednesday, June 29, 2022.

She was airlifted after the explosion and is now in a Colton hospital recovering with severe burns.

“The fact that she is still alive is incredible. She definitely had her angels watching over her,” Kati Rogers, who lives nearby, said.

The blast was captured on a nearby camera just before 3 a.m. Wednesday.

“I look out the window and I see a big ball of fire and the house just like this, it was destroyed completely,” Rogelio Avalos, who lives nearby, said. “It looked like somebody picked it up and dropped it.”

Southwest Gas says an employee responded to the scene and turned off the gas. The company also say they inspected the site and found no gas leaks.

As investigators work to learn more about what may have caused the blast, neighbors like Jaden Stewart are trying to help.

“We’re collecting donations for the people who lost their home,” Stewart said.

The hospital is not providing an update on the victim’s condition.