Book review of The Imposter’s War: The Press, Propaganda, and the Newsman Who Battled for the Minds of America by Mark Arsenault 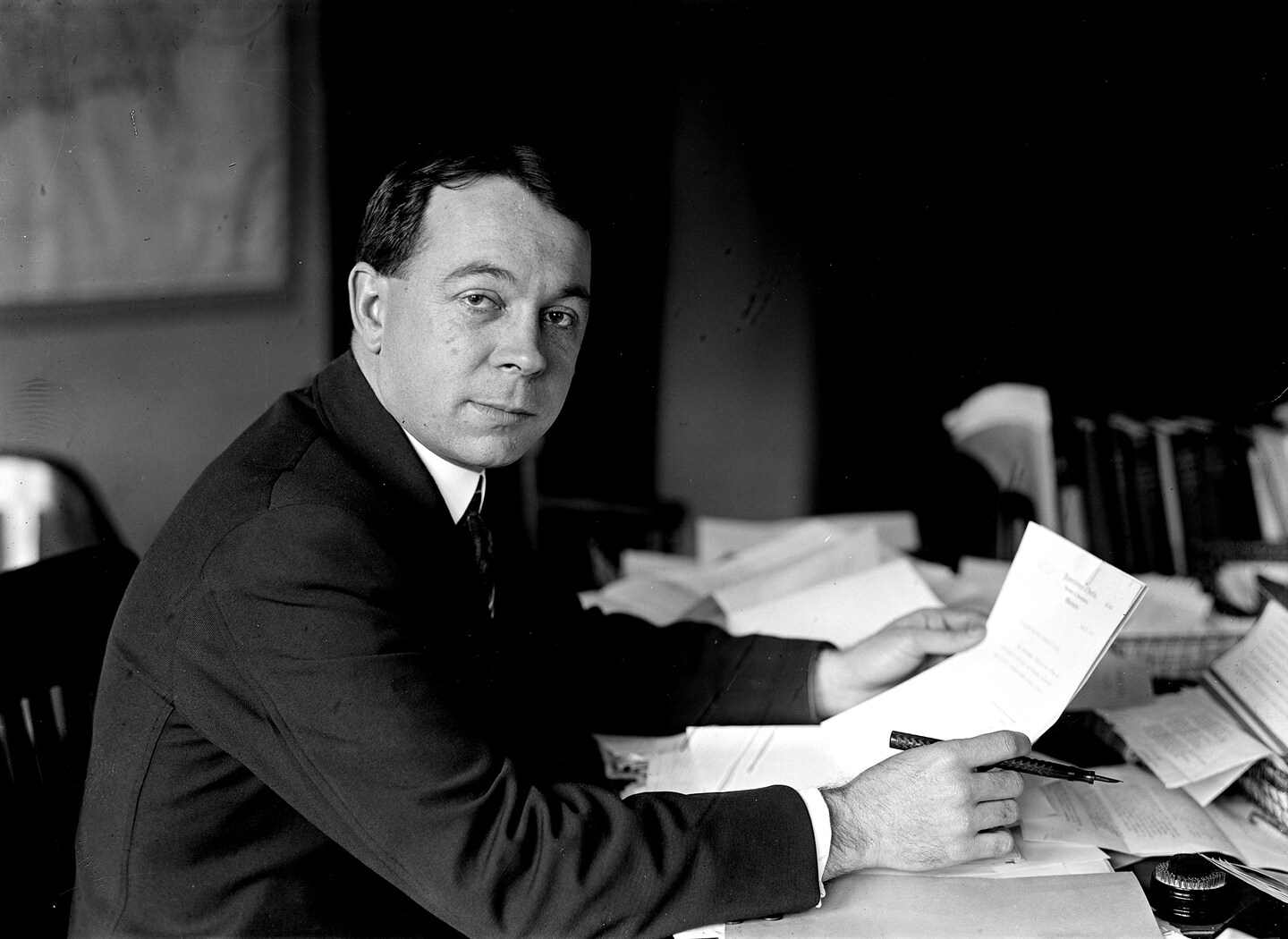 War magnifies the appetites of news consumers and creates journalistic stars, blessing them with fame and fortune. So it was for the man who called himself John Revelstoke Rathom, now a barely remembered figure who briefly loomed large in American journalism in the second decade of the 20th century. Rathom’s entertaining and duplicitous career, most famously as the editor of the Providence Journal in Rhode Island, is the subject of Mark Arsenault’s “The Imposter’s War: The Press, Propaganda and the Newsman Who Battled for the Minds of America.”

At the Journal, Rathom attracted attention by publishing vivid news stories and editorials critical of what he called clandestine efforts by the Central Powers, led by Germany and Austria-Hungary, to discourage American involvement in the war that those countries had launched against Britain, France and their allies in July 1914. Rathom’s Journal claimed numerous “exclusives” about the nefarious scheming of Germans and Austrians intent on keeping America out of the war. As was common at the time, other papers republished the Journal stories that were deemed unique.

So New York Times readers, for example, got used to a line at the top of those sensational Journal stories that promised: “The Providence Journal will say tomorrow …” The stories often exposed German propaganda that sought American neutrality and schemes that interfered with American factories producing goods that could help the British war effort. Sometimes the articles were accurate and factual, sometimes totally invented.

Many Rathom scoops relied on a few sources he had cultivated, including the young American official A. Bruce Bielaski, who ran a new Justice Department agency called the Bureau of Investigation, forerunner of J. Edgar Hoover’s FBI. Rathom also exploited the espionage of Emanuel Voska, a Czech American who became an aggressive and effective spy working to undermine the Austro-Hungarian Empire and its ally Germany. Voska was spying for Czech patriots who hoped that the war would eventually dissolve the Austro-Hungarian Empire and create an independent Czech government (which is what ultimately happened).

Rathom, a born self-aggrandizer, claimed that the information provided by his sources resulted from enterprising reporting by himself and Providence Journal journalists. At one point he suggested that his team had cracked German codes and read Germany’s diplomatic mail. Rathom created for himself the reputation of a super-sleuth, then basked in it. Even President Woodrow Wilson sought a meeting with him.

Once the United States entered the war in 1917, Rathom eagerly cultivated his role as a celebrity. He gave speeches across the country bragging about his and the Journal’s part in leading America to war. He was lionized in editorials from coast to coast by newspapers eager to create heroes in America’s first global war.

The Fort Worth Star-Telegram called Rathom “one of the most remarkable men in America.” The Boston Globe declared, “John R. Rathom’s name is known from the Atlantic coast to the Pacific as the man who alone and unaided … fought Germany’s secret and diplomatic agents to a standstill, exposed their plots, intrigues and propaganda and finally drove the arch conspirators out of the country.”

Editorial writers seemed indifferent to the dark xenophobia that Rathom was peddling along with his denunciations of the German-speaking powers. The Providence Journal carried a daily warning that “every German or Austrian in the United States … unless known by years of association to be absolutely loyal, should be treated as a potential spy.”

But Rathom had earned suspicions about his own mysterious origins and loyalties. Arsenault, who started his career at the Providence Journal and is now at the Boston Globe, has a wonderful time sharing the story of how he nailed down details of Rathom’s life that bore no resemblance to the versions he peddled.

Arsenault is particularly — and deservedly — proud of his discovery that Rathom, a member of the Church of England in all his biographical statements during his years in America, was actually a member of a Jewish Australian family named Solomon. Brothers Vaiben and Emanuel Solomon had been the first of Rathom’s forbears to migrate from England to Australia in 1817 — involuntarily. A judge in Durham, England, sentenced the Solomon boys to seven years of hard labor in an Australian penal colony, their punishment for petty thievery.

After completing their sentences, the Solomon brothers thrived in Australia, and more Solomons from England came to join them. One fathered a boy named John Pulver Solomon, born on July 4, 1868, probably in Melbourne. Though no one knew it for decades afterward, that boy became the American journalist John Rathom.

With considerable panache, Arsenault recounts John Pulver Solomon’s journey from Australia to Hong Kong to Vancouver, where Solomon adopted the name John Revelstoke Rathom. Under his new guise, Rathom went on to San Francisco, then to Cuba, where he was a correspondent during the Spanish-American War, and eventually to Providence, where he was managing editor, then editor in chief.

The young immigrant found his first job in journalism in 1889 at the Daily Colonist in Victoria, British Columbia. A strapping, handsome lad, he soon married. He was also borrowing money from colleagues and friends that he couldn’t repay. He got into trouble with the police. He and his bride fled to Oregon, then to San Francisco, where he got a job with the Chronicle.

The marriage didn’t last, but the career in journalism did. Rathom was a good reporter and a gifted writer. As Arsenault tells it, Rathom’s story is engaging but sometimes confusing. The author recounts a life of loose ends by writing a book with a number of its own loose ends. It can be difficult to follow, but it’s never boring.

One of the reasons Rathom has nearly disappeared from history may be that his crusading against Germany and Austria-Hungary ultimately had little impact on the key development of World War I — the American decision in 1917 to enter the war on the side of Britain, France, Russia and Italy.

When the war broke out in 1914, public opinion in America opposed U.S. involvement, but over time opinion shifted strongly against Germany and its allies. Americans were angered by German aggressiveness, especially U-boat attacks on nonmilitary shipping in the Atlantic, most famously the 1915 sinking of the British ocean liner Lusitania off the coast of Ireland. A German torpedo sank the ship, killing 1,198 passengers and crew members, including more than 120 Americans. From then on, American sympathy for the British-French cause increased, and when Wilson, a popular president reelected in 1916, came out in favor of American entry, he enjoyed broad support. Wilson didn’t need Rathom’s help to sell the war, though he did welcome it.

In the end the lesson of this colorful story is a familiar one: Prominent phonies and fakers usually get their comeuppance eventually. Officials in the Justice Department, angered by Rathom’s stories, editorials and public speeches that implied they were negligent in failing to disrupt the German intelligence operations in America, brought him down, ultimately compelling him to confess that he had invented the sources and the stories that made him famous.

When this confession was released to the public, Rathom’s bloated reputation collapsed. Newspapers seemed particularly eager to distance themselves from a fallen colleague who had recently been a leading member of their fraternity. His inventions, wrote the New York World, had “few parallels in the annals of mendacity.”

Robert G. Kaiser is a former managing editor of The Washington Post.

The Press, Propaganda, and the Newsman Who Battled for the Minds of America