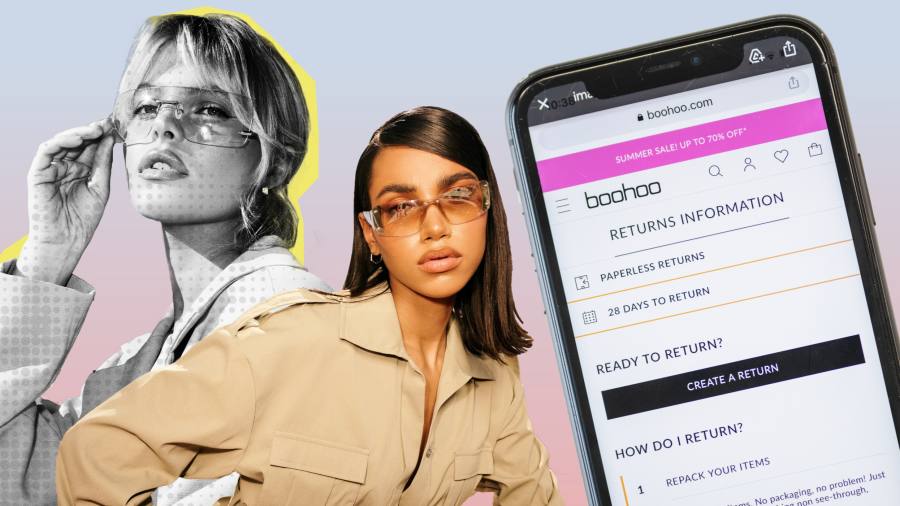 Boohoo has warned that sales and profits in the current financial year will be lower than previously forecast, blaming the worsening economy and a higher level of product returns from customers.

The fast-fashion retailer said it now expected underlying profit margins in the year to February 2023 to be between 3 per cent and 5 per cent, against a previous forecast range of 4 to 7 per cent and analyst forecasts of 4.8 per cent.

Sales are expected to fall by about 10 per cent, similar to the level in the first six months, against expectations for growth of around 2 per cent.

High freight costs have dented sales to distant markets while returns are now above pre-pandemic levels, despite Boohoo introducing a charge to recoup some of the costs.

The online retailer’s shares were down more than 10 per cent in early trading on Wednesday, leaving the stock below the IPO price of 50p.

For the six months to the end of August, the company reported sales of £882mn and adjusted earnings before interest, tax, depreciation and amortisation of £35.5mn, less than half last year’s level.

Chief executive John Lyttle said the half was “impacted by a more challenging economic backdrop weighing on consumer demand” and that the company had “a clear plan in place to improve future profitability and financial performance through self-help”.

But Lyttle added that Boohoo “remained confident in the long-term outlook, as we continue to offer customers unrivalled choice, inclusive ranges and great value pricing”.