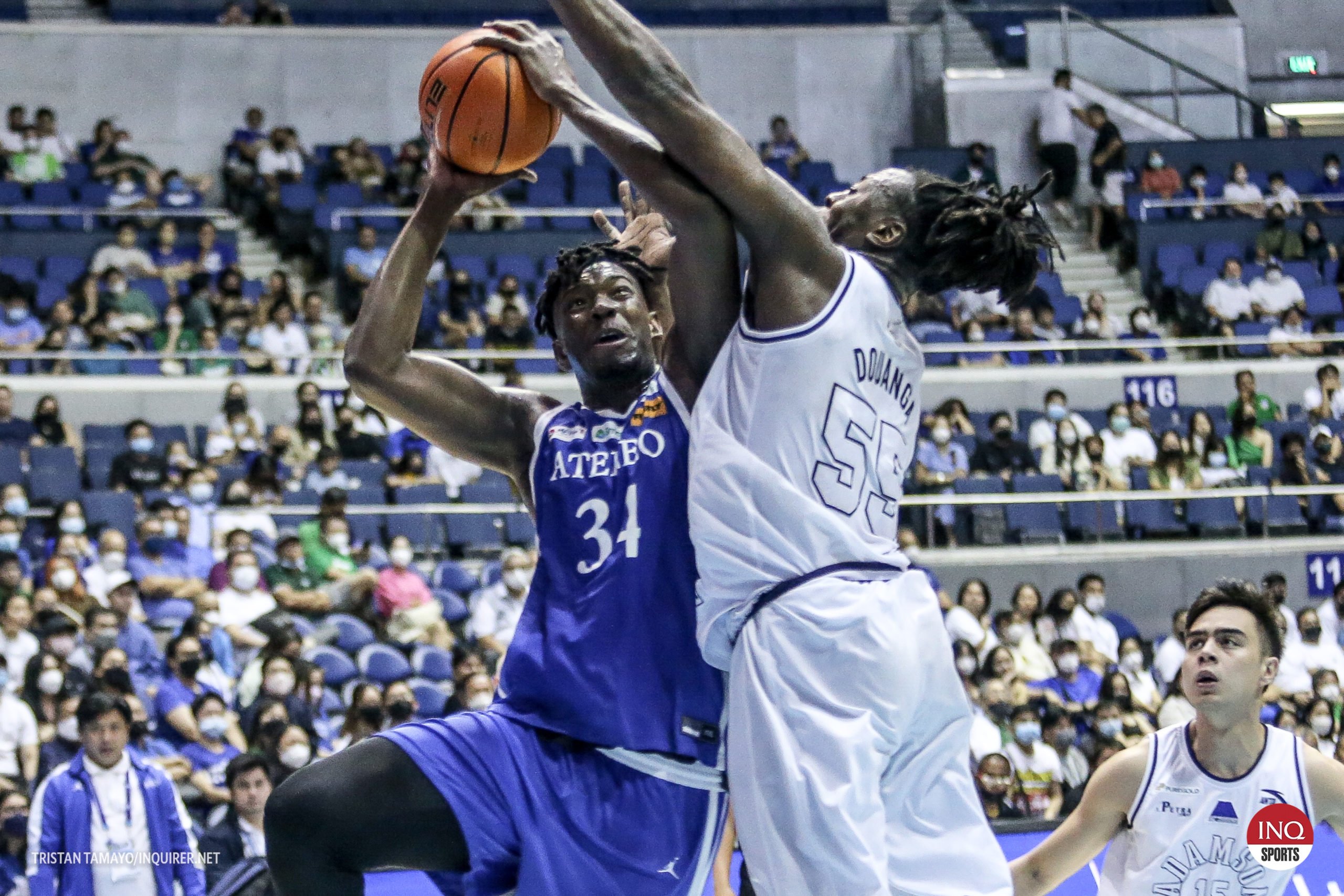 There were so many reasons for Ateneo to feel grateful on Wednesday night. The Blue Eagles returned to a familiar roost entering the Final Four and also bought themselves extra time to get Ange Kouame fit as a fiddle in time for the semifinal wars.

They will now make sure to capitalize on those blessings.

“Hopefully this will give us momentum going into the Final Four,” assistant coach Sandy Arespacochaga said after Ateneo’s 66-61 victory over Adamson in the UAAP Season 85 Men’s basketball tournament gave the Blue Eagles the No. 1 seed.

Ateneo’s win also sent the Falcons into a no-tomorrow duel with the La Salle Green Archers, who earlier at Smart Araneta Coliseum turned back University of Santo Tomas (UST), 77-72.

Adamson and La Salle battle in a knockout match for the No. 4 seed on Sunday at Mall of Asia Arena.

And while both teams beat each other up, Ateneo will get an extra day of rest—which will be crucial as Kouame continues to recuperate from a knee injury.

“We thought that getting this win will give us more rest actually for Ange,’’ said Arespacochaga. “It’s very important to us; it’s not a complete rest of course, but this will give us an opportunity to keep him healthy.’’

The 6-foot-10 Kouame, the reigning league Most Valuable Player, delivered a key basket down the stretch while BJ Andrade buried the game-sealing free throws that gave Ateneo its 11th win in 14 games. That record was tied with defending champion University of the Philippines, but the Eagles got the top spot via a superior quotient.

That means Ateneo will face whoever survives the Adamson-La Salle duel.

“I think one big advantage for us is that they’re going to be knocking each other out while we’re gonna be resting, practicing and preparing for the next game,’’ said Arespacochaga.

Kai Ballungay paced Ateneo with 18 points, his back-to-back threes and Kouame’s two-handed jam sparking a huge run that put them 11 points ahead at the start of the final quarter.

But the Falcons, who wanted to do away with complications in the race for the No. 4 berth, fought back as Adrian Manlapaz poured 17 of his game-high 22 points in a dizzying chasedown of the Blue Eagles.

“We gave ourselves a chance in the end. Ateneo is hard to beat, but they are beatable,’’ said Adamson coach Nash Racela.

Cedrick Manzano pulled Adamson within a point with less than two minutes remaining before Kouame delivered the basket that deflated the Falcons.

“We knew what this game meant for them, but we wanted it more,’’ said Ballungay, who had three triples and grabbed 14 rebounds, eight of them offensive boards.

The Archers, meanwhile, simply watched the Tigers self-destruct in the final period.

La Salle held UST scoreless for over eight minutes in the fourth to preserve the heroics of Evan Nelle, who came out with his best game yet after finishing with 25 points.

“We were three men down. Everybody stepped up and it’s a team effort,’’ said Nelle.