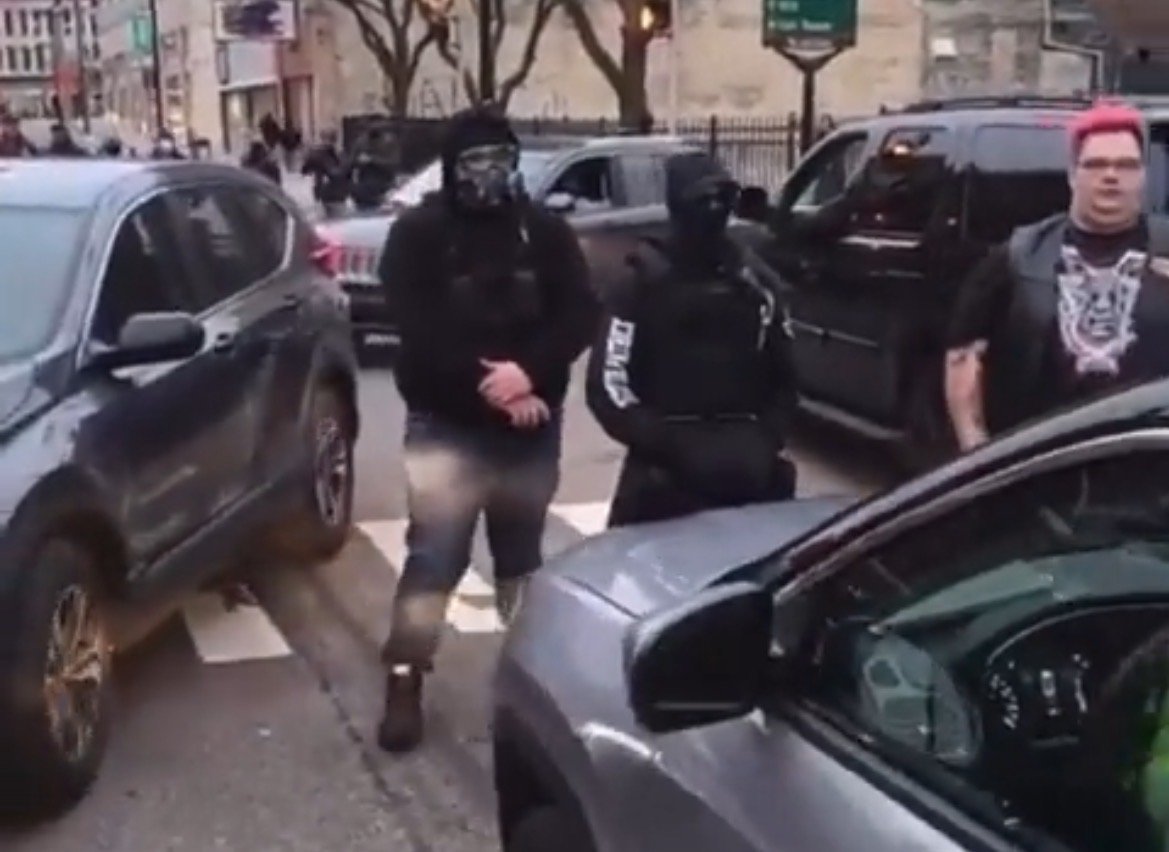 Black Lives Matter thugs on Saturday night were out protesting the officer-involved shooting of Patrick Lyoya, a black man who was fatally shot after violently resisting arrest last week.

As previously reported, various videos of the scene show Lyoya, 26, and another passenger being pulled over in a residential neighborhood.

A police officer exits his patrol car and instructs Lyoya to stay in his car.

Lyoya exits his vehicle despite the officer yelling at him to “stay in the car” repeatedly.

After some back-and-forth over a license plate and driver’s license, the officer chases Lyoya and the two end up on the ground fighting over a taser gun.

The officer repeatedly tells Lyoya to “let go of the taser” – shortly after another struggle, the cop shoots Lyoya in the head.

Patrick Lyoya has a long criminal history that includes a conviction for assaulting a pregnant woman in Kentwood, Michigan.

It doesn’t matter that Lyoya resisted arrest and previously assaulted a pregnant woman, BLM is out demanding justice and threatening innocent drivers.

Far-left protesters blocked the street in Grand Rapids and threatened a driver with a gun.

One protester cocked his pistol and threatened to shoot a motorist who was trying to pass through the protest.

Other protesters who were trying to direct traffic, kicked the car and yelled at the motorist as he managed to drive away.

BREAKING: A BLM supporter cocks a pistol threatening a driver trying to get through a street that’s meant to be driven on at the #PartrickLyoya protest in Grand Rapids, Michigan

BLM and far-left protesters tried to force their way inside the Amway Grand Plaza Hotel in Grand Rapids, but security stopped them.

#BLM & far-left protesters try to force their way inside the Amway Grand Plaza Hotel in Grand Rapids, Mich. They’re pushed back by the security. pic.twitter.com/z3GA8naFxw

Antifa jumped on to a hood of a car…

random white dude who was streaming gets accused of being a cop.

also a woman yelling that they have kids in the crowd (said crowd has threatened drivers with guns) pic.twitter.com/VsCM8xx3Eg