Blinken to warn US is ‘falling behind’ in green economy race 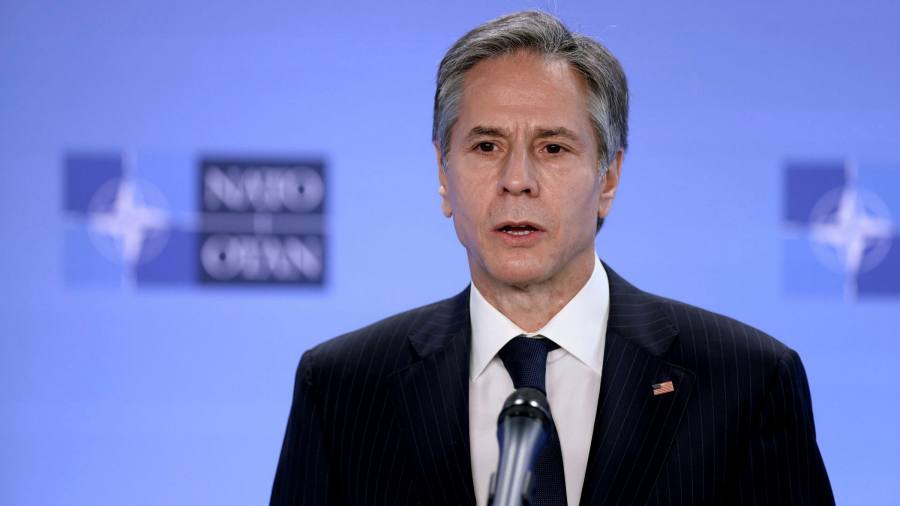 US secretary of state Antony Blinken is expected to warn that America is “falling behind” in the green economy as he launches Washington’s new push to lead global efforts to redress climate change.

The top US diplomat was set to deliver remarks on Monday afternoon that highlight the fact that China already holds nearly a third of the world’s renewable energy patents and is the world’s largest producer and exporter of solar panels, wind turbines, batteries, and electric vehicles.

“If we don’t catch up, America will miss the chance to shape the world’s climate future in a way that reflects our interests and values, and we’ll lose out on countless jobs for the American people,” he said in excerpts released in advance.

Blinken’s pitch comes as the Biden administration seeks to “re-enter the climate fight” in the wake of four years during which the Trump administration pulled the US out of the Paris climate accord and rolled back rules designed to drive down greenhouse gas emissions.

President Joe Biden, who re-entered the US into the Paris accord on his first day in office, is preparing to host 40 world leaders in a virtual climate summit on Thursday and Friday to discuss strengthening emissions targets ahead of the UN’s COP26 climate conference in November.

But the summit is also part of an effort to showcase Biden’s new green policies as Beijing vies to be seen as leader in global climate negotiations, while the US and China tussle over a number of other geopolitical issues.

John Kerry, US climate envoy, agreed a pledge with China at the weekend under which the two countries together to combat climate change, despite rising tensions between the world powers.

Blinken will push the economic case for switching to a greener economy, arguing the global renewable energy market is projected to reach $2.15tn by 2025.

“That’s over 35 times the size of the current market for renewables in the US,” he is expected to say, adding that roles for solar and wind technicians were among the fastest growing sectors of the jobs market in America.

The US Treasury said Monday it would appoint a climate counsellor, John Morton, to co-ordinate the efforts of a new climate hub focused on leveraging finance to confront the threat of climate change.

“Finance and financial incentives will play a crucial role in addressing the climate crisis at home and abroad and in providing capital for opportunities to transform the economy,” said Janet Yellen, Treasury secretary.

Blinken will also urge other countries to take drastic action, saying that even if the US achieved net-zero emissions overnight, “we’ll lose the fight against climate change if we can’t address the more than 85 per cent of emissions coming from the rest of the world”.

He also hinted the US was prepared to push back against the policies of other countries that were undercutting climate change goals. Although he did not name any countries, his remarks over coal and deforestation appeared to be aimed at China and Brazil, respectively.

“Our diplomats will challenge the practices of countries whose action — or inaction — is setting us back,” he said. “When countries continue to rely on coal for a significant amount of their energy, or invest in new coal factories, or allow for massive deforestation, they will hear from the United States and our partners about how harmful these actions are.”