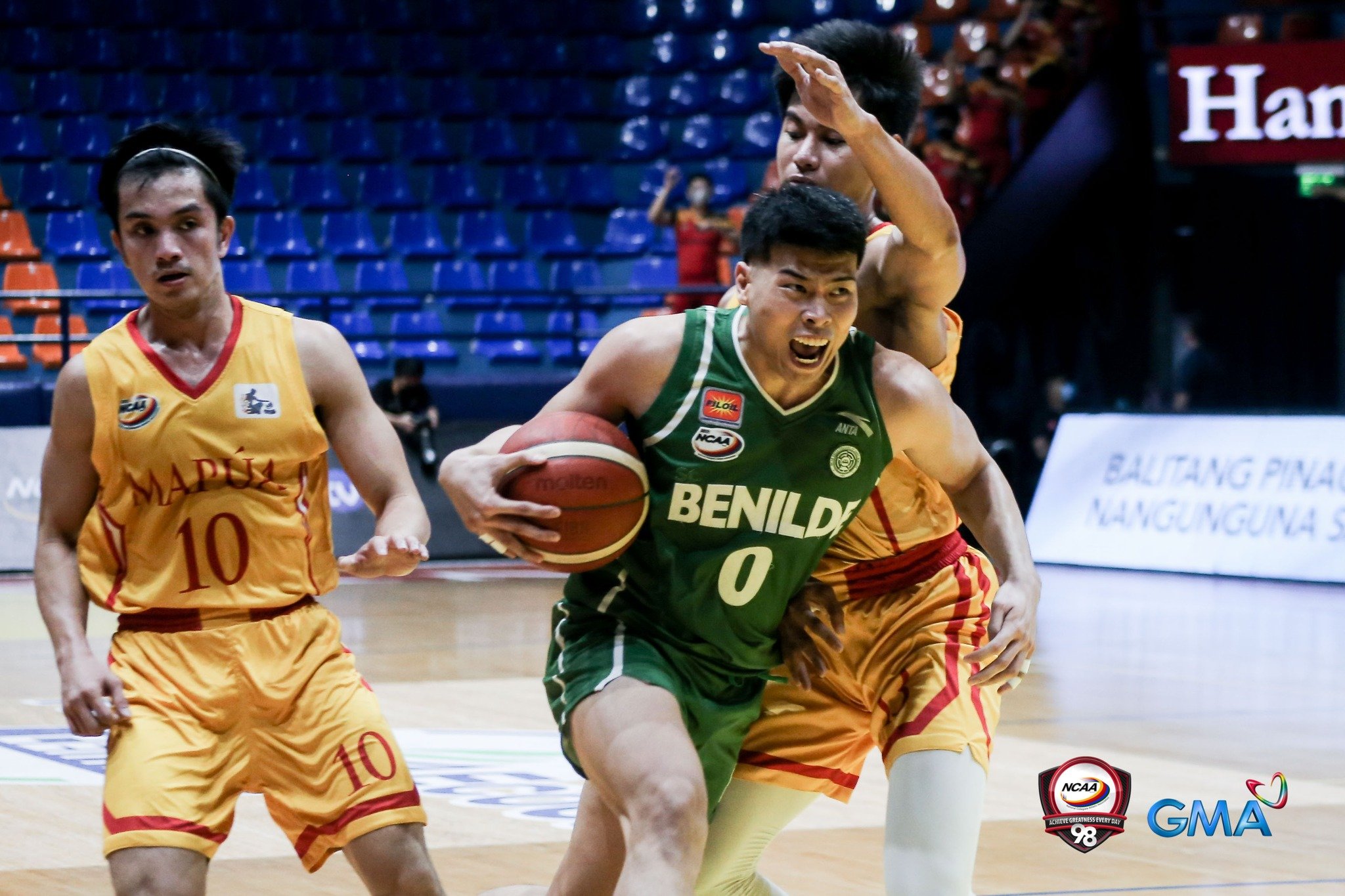 College of St. Benilde jacked up its winning streak to three and defending champion Letran snapped out of a two-game funk on Wednesday as the preseason favorites of the NCAA Season 97 men’s basketball tournament played true to form at Filoil EcoOil Centre.

The win gives St. Benilde a lot of momentum heading into its last two games of the first round, which will be against San Beda on Sunday and Jose Rizal on Oct. 14.

“This is a great confidence booster for us because we want to show people that we can beat any team, especially those who made the Finals [last year],” said Miguel Corteza, who led the Blazers with 17 points. “And I think it will help us in our next two games.”

While Corteza sees the win as a confidence booster, coach Charles Tiu was disappointed for what he said was a disrespectful way of his players in playing the winless Cardinals.

“I’m very disappointed. You want to give some guys a chance to play, a chance to bounce back and they don’t respect the way we should be playing and we almost lost this game,” Tiu said.

Meanwhile, the Knights snapped a two-game slide with the help of returning aces Louie Sangalang and Brent Paraiso.