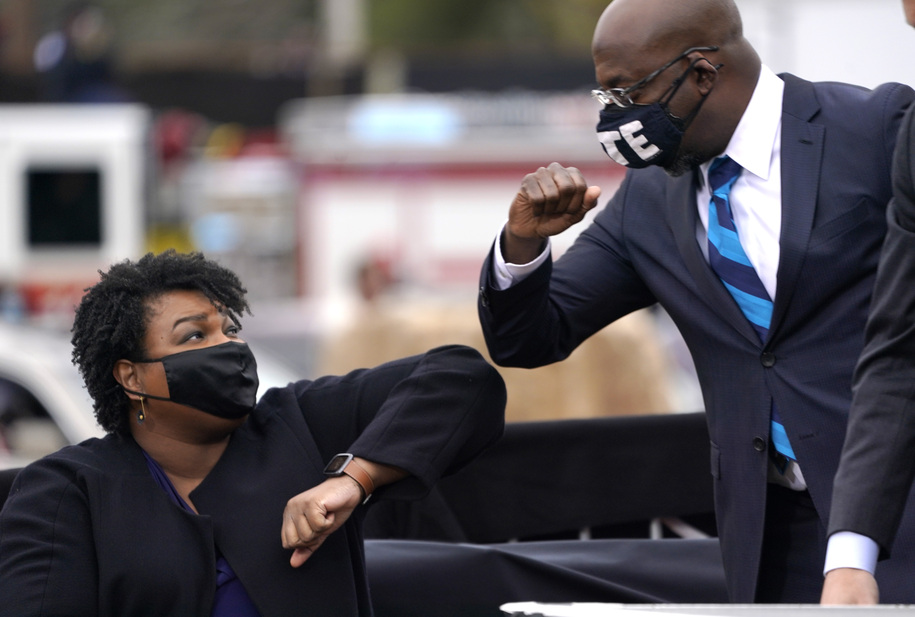 We generally frame Black History Month discussions in the past tense, highlighting important Black figures in history from slavery through the civil rights movement. While these people undoubtedly deserve to be recognized for their accomplishments, solely focusing on Black figures from decades ago can be a disservice to the ongoing fight for equity and equality. Acknowledging the changemakers who are actively working to create a more just society can serve as a reminder of how racism still impacts nearly every corner of society. It can also be a good opportunity to promote Black excellence all around us, which is never a bad thing.

Black women have already provided so much to American society, but until recently, they rarely received proper accolades. The Prism team and its contributors have reported extensively on the neglect, mistreatment, erasure, and underrepresentation of Black women in nearly all aspects of American life. By now, many Black women are used to being disrespected, figuratively and literally knocked down, erased from discussions about feminism, underrepresented in policies, and being disproportionately mistreated in their work life, education, the prison system, and in health care. But despite what new, creative ways the racist forces in America try to tear them down, Black women have kept fighting, and recent events have shown the rest of the world what many of us have already known: Black women are a powerful, influential, relentless, and joyous force who deserve to be recognized and valued.

The barometer for how much society respects Black women is too often tied to what they can provide for everyone else. While some Black female activists have expressed gratitude for the praise they received after the 2020 election wins, it shows the lengths many Black women have to go through to prove their worth and receive respect from the public. How much praise would be granted to Black women if they hadn’t helped to sway the presidential election and win back the Senate? Would they still be seen as worthy of respect? Would the general public believe that Black women should be represented in the policies put forth in Washington? Probably not. If they help to vote in a popular Democratic candidate, they’re briefly beloved and praised. If they fail to show up in massive numbers, there’s a chance they could be criticized or blamed for the loss despite being subjected to voter suppression. Black female activists who do the hard work know this. They know there is no guarantee the work they do will translate into policies that will directly help them and their families. They know the praise they receive will likely be short-lived, and they’ll have to do more work to prove themselves once again. They know all these things, and yet they keep fighting for a better America anyway.

This past year has thrust several Black history-making women onto a national platform, and they deserve to be honored during this February’s celebrations. Stacey Abrams with Fair Fight, LaTosha Brown with Black Voters Matter, and Nse Ufot with the New Georgia Project are just a few of the people to credit for the historic wins in 2020 and earlier this year. The country has also discovered its new favorite poet, Amanda Gorman, who just weeks ago made history as the youngest person ever to recite a poem at a presidential inauguration. We also can’t forget to acknowledge newly elected Vice President Kamala Harris for shattering several glass ceilings as the first woman, first Black American, and first South Asian American to hold that office. There are also many Black women who are making history who haven’t yet made it to the national news yet, like JoAnn Walker and Pamela Price, two Black women in California who are running on a joint bid for police chief and district attorney in Alameda County. All of these women and their history-making accomplishments deserve a special spotlight this Black History Month, and for many years after.

Last year was memorable, to put it mildly. It was the year a global pandemic halted the lives of people around the world. It was the year several police killings led to another national racial justice uprising. It was the year Americans voted a white nationalist out of the White House. For many people, it was also the year of Black women. This year, let’s make sure our celebrations reflect that.

Carolyn Copeland is a copy editor and staff reporter for Prism. She covers racial justice and culture. Follow her on Twitter @Carolyn_Copes.

An uncertain future for our living blue planet | Stories