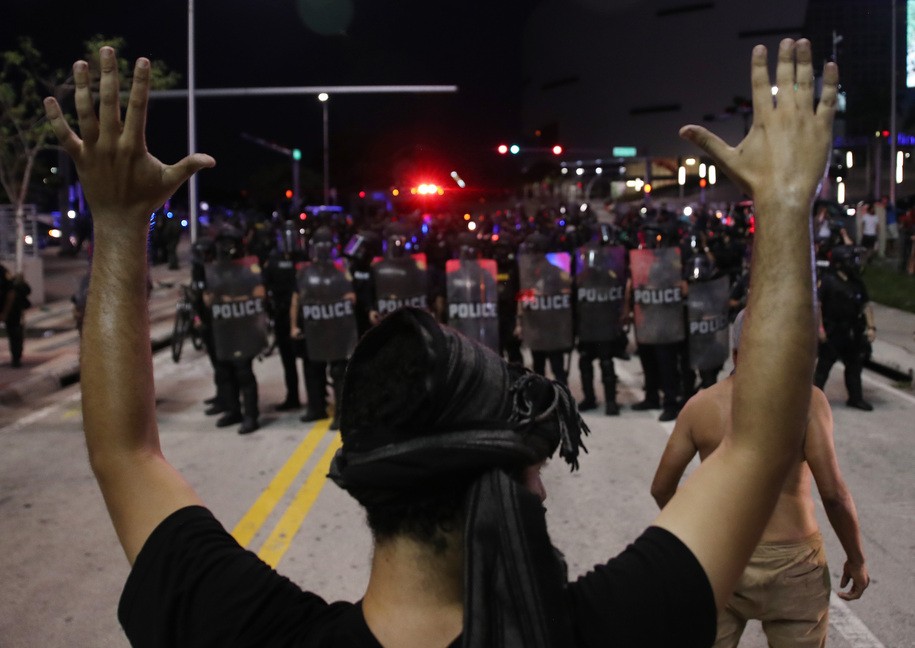 Though both NOBLE and AAMA have previously collaborated, this is the first time they have issued a statement together. McKinley Price, mayor of Newport News, Virginia, and president of AAMA, said witnessing the stark difference in how Black Lives Matter protesters were treated last summer compared to the police reaction to the insurrection was the “last straw.”

“You had armed people threatening to kill the vice president and the speaker of the House, and police were [basically] like, ‘I guess it’s okay. Come on in. Let me help you find her office,’” said Price in an interview with Prism. “It’s just amazing. That’s the only word that keeps coming to my mind. It’s amazing.”

Lynda Williams, president of NOBLE and a retired secret service agent with more than 30 years in executive security, called the police response on Jan. 6 a “gross failure.”

“There are some new metrics that [law enforcement] needs to put in place to see exactly what a person’s ideology is, and that they’re able to stand down on their personal opinions and still be able to execute the job,” Williams said in an interview with Prism. “If officers react on their personal agenda, then that shows that we need to look at how we assess and how we evaluate those coming on board and those that are sitting in place.”

Looking at social media accounts, paraphernalia, and tattoos is one place for police departments to start eliminating white supremacy, Price said. Being observant and doing extensive background and reference checks, and fostering an environment where officers feel comfortable reporting concerning conversations can also be beneficial. Price pointed to Atlanta Mayor Keyshia Lance Bottoms and Houston Mayor Sylvester Turner and their ongoing efforts to overhaul and reform their police departments as examples of what other cities should try to emulate.

“All you can do is evaluate what you have and then try to change things to make it better for everyone,” Price said. “But that takes a commitment from partnerships with the mayor and the police chief. They both have to be in lockstep in wanting to do this.”

AAMA is calling on law enforcement agencies across the country to adopt the PEACE Pact, a community-centered plan for policing. The PEACE Pact was created by AAMA as a framework to revamp police departments of any size and root out extremism. The PEACE Pact puts an emphasis on providing transparency to communities, evaluating contracts and cultural norms within police departments, advocating for laws that establish a national framework for policing, and the reallocation of police resources.

Though the PEACE Pact does call for the reallocation of police funds as necessary—one of the key demands by activists calling to defund the police—both Price and Williams stress that their ultimate goal is not to defund or abolish police departments.

“We cannot take law enforcement out of everything,” Williams said. “One structure cannot absorb the weight of just pushing everything that’s not law enforcement-related to social services. The premise of law enforcement still remains, but we have to evolve with the times because the same methodologies we used to use are not always applicable to where we are today. When you say reform, people give it a negative connotation, but it just means transforming and evolving.”

In addition to the PEACE Pact, AAMA is also calling for the passage of the 2020 Justice in Policing Act introduced by Rep. Karen Bass, which aims to ban chokeholds and no-knock warrants, as well as other police practices which have repeatedly proven to be deadly. But before any long-lasting, effective changes to policing can take place, law enforcement agencies will need to be receptive to the proposed changes and take the effort to root out white supremacy seriously—a step that can only work if departments collaborate with city leaders and the communities they serve.

“We need to take out enforcement and put in service,” Price said. “My personal feeling is that the more citizen involvement you have in hiring and promoting police, the more you will have a police department that reflects what the community wants,” Price said. Price also said he’s “very hopeful” police departments will be receptive to the PEACE Pact, and that his own ongoing talks with his city’s police chief about reform have been encouraging.

White supremacy isn’t the only problem plaguing law enforcement agencies across the country, but it is one of the most pressing. Williams emphasized that the efforts to root out white supremacy will likely take time and that the problem won’t be solved with one swift action.

“We recognize that we have to do better, and that in order to build the trust with the communities that we serve and make sure that it’s a reciprocated gesture, we have to intentionally reach out,” Williams said. “So even as we transition, we have to be open minded. Everything is not a quick fix.”

Carolyn Copeland is a copy editor and staff reporter for Prism. She covers racial justice and culture. Follow her on Twitter @Carolyn_Copes.

For Utah, the war on wolf protections seems to never end