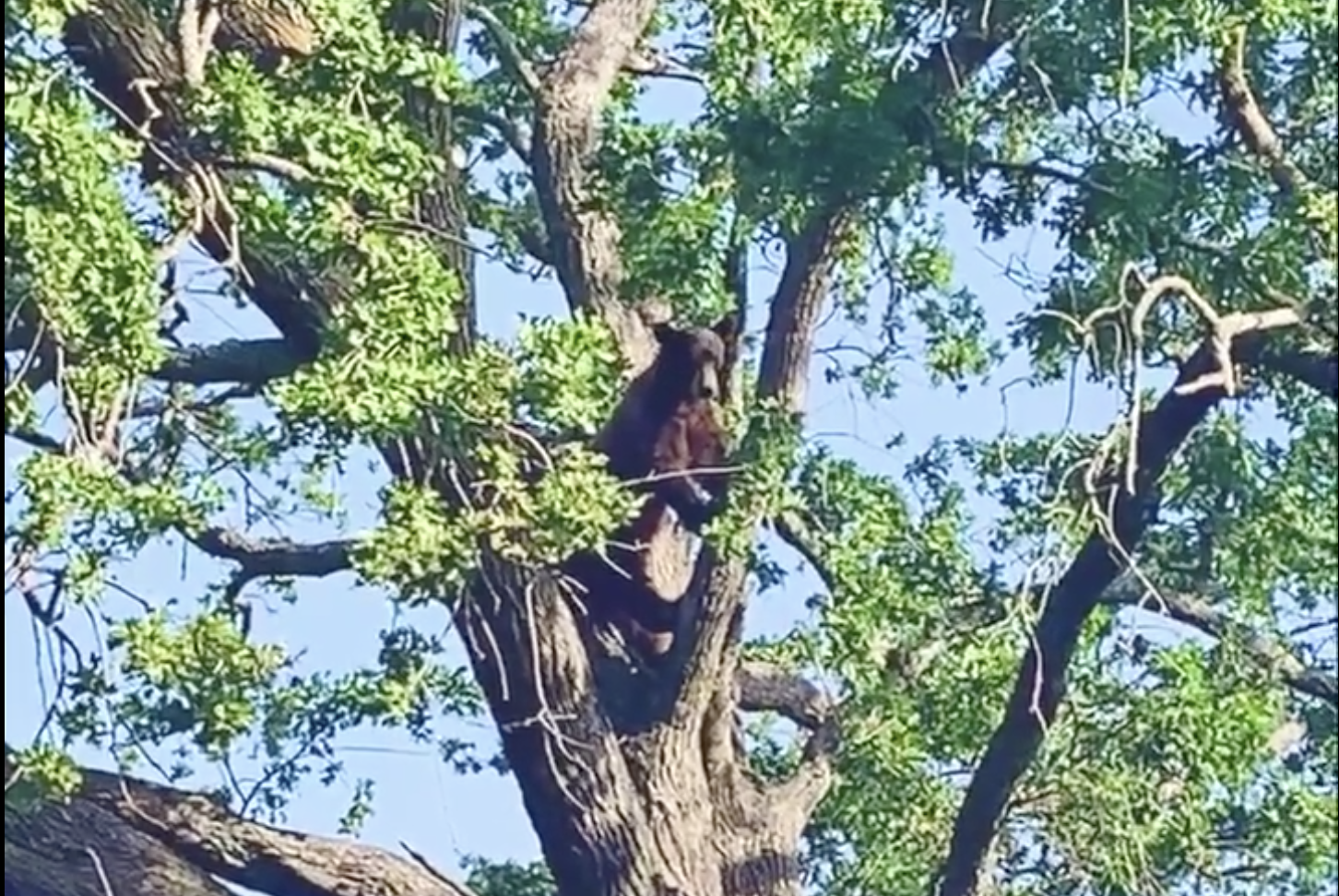 A black bear hanging out in a tree near a school in Vacaville, Calif., on Monday, temporarily shut down roads in the area as people were asked to give the animal space, officials said.

The Vacaville Police Department first posted an alert on Facebook early Monday warning the public of a black bear in the 200 block of North Orchard Avenue.

A video posted online showed the adorable-looking animal in a tree but police told people to stay away.

“If you see the bear, the safest course of action will be to avoid him, keep doors and windows closed, and consider bringing any pets inside,” police said.

Officers guarded the bear while students entered the nearby Willis Jepson Middle School while the school’s three back entrances were closed.

Some roads were also temporarily closed, including Hemlock Street between North Orchard and Fir Street. Also, only minimal traffic was allowed on North Orchard.

The California Department of Fish and Wildlife told KCRA “the bear is relaxing and not showing any signs of aggression.” Officials plan to let the bear remain in the area overnight in hopes that it will leave on its own. If not, officials will tranquilize and relocate it, KCRA reported.

“While we don’t find bears in Vacaville every day, this isn’t an uncommon occurrence,” police said. “Remember the safest bear encounter is one we prevent – please do not seek out the bear for curiosity, photographs, or selfies. Bring in those trash cans after pickup.”