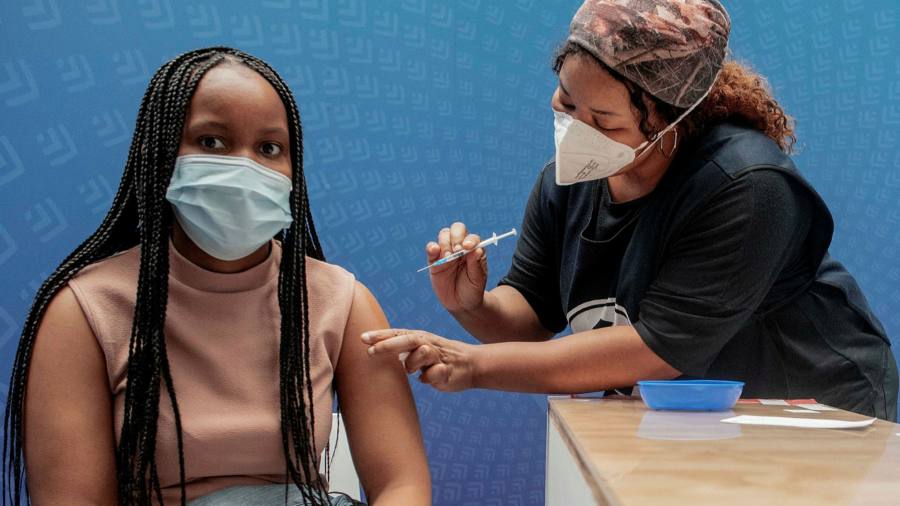 Pfizer and BioNTech’s Omicron-targeted Covid-19 vaccines elicit a strong immune response, significantly outperforming their previous vaccine at tackling the most prevalent variant, according to new data.

The US drugmaker and its German partner said on Saturday they plan to discuss the data with global regulators, who meet next week for talks about co-ordinating a switch to new vaccines which target the Omicron strain of the virus.

The companies created two vaccines to be given as boosters: a monovalent targeted to Omicron, and a bivalent, which contained the original strain and the genetic code for the Omicron variant. The one-strain vaccine elicited a 13.5-fold increase in neutralising antibodies at the lower dose, and a 19.6-fold rise at a higher dose. The two-strain vaccine boosted antibody levels between 9.1- and 10.9-fold.

Preliminary laboratory studies demonstrated that the new shots also neutralise the rapidly spreading Omicron subvariants BA. 4 and BA. 5, although to a lesser extent than they do for the original BA. 1 Omicron variant.

Albert Bourla, Pfizer chief executive, said the data suggested the companies had two very strong candidates for widespread use. “We look forward to discussing these data with the scientific community and health authorities so we may rapidly introduce an Omicron-modified booster as soon as possible if authorised by regulators,” he said.

On Tuesday advisers at the US Food and Drug Administration are scheduled to discuss which strains of the virus the next generation of boosters should target as they prepare to roll out fresh jabs in the late summer or autumn.

Last week Moderna urged regulators to authorise its new bivalent booster that contains the genetic code for the original strain and Omicron, saying it demonstrated a “potent neutralising antibody response” to the subvariants BA. 4 and BA.5.

Moderna’s bivalent booster elicited an eight-fold increase in antibodies to tackle the Omicron variant compared to pre-booster levels, when administered as part of a four-dose regimen. It produced 1.75 times more antibodies than those found in people who received a booster shot of Moderna’s existing vaccine, according to its trial, which is not directly comparable to the BioNTech/Pfizer trial.

BioNTech/Pfizer’s monovalent vaccine candidate — which is specifically tailored to target the original Omicron variant — produced a better immune response than its bivalent shot, which combines its existing vaccine with one targeting the spike protein of the Omicron variant.

A 60 microgram dose of the monovalent jab elicited a near 20-fold increase in neutralising antibodies against the BA. 1 Omicron variant compared to pre-booster levels, when administered as part of a four dose regimen. A smaller 30 microgram dose of the same vaccine boosted antibodies levels 13.5-fold, according to a clinical study of 1,234 participants aged 56 years or older.

Pfizer said the 60 microgram dose produced an immune response that was three times higher than the existing BioNTech/Pfizer vaccine.

In contrast, the bivalent shot exhibited a 10.9-fold increase in antibodies compared to pre-booster levels, when administered as part of a four-dose regimen.