BioNTech fund pays €600m dividend on back of vaccine success 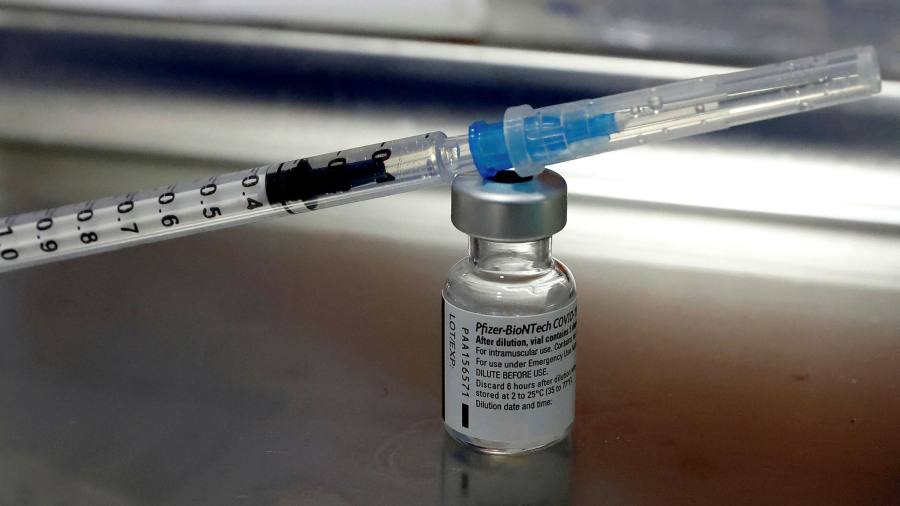 One of the early backers of Germany’s BioNTech will pay a dividend of €600m to its own investors after selling most of its stake in the developer of the Covid-19 vaccine.

Munich-based venture capital fund MIG is making the payout after initially investing just over €13m in BioNTech, the start-up founded by Ugur Sahin and Ozlem Tureci in 2008.

BioNTech, which was initially focused on developing cancer therapies, had accumulated €425m in losses in the years since it was founded, according to regulatory filings compiled before it embarked on its coronavirus project in February 2020.

The success of the vaccine, developed with Pfizer, has changed its fortunes. Since listing on New York’s Nasdaq in 2019, BioNTech’s shares have risen by almost 650 per cent, bringing its market value above that of Dax-listed Deutsche Bank.

MIG, which owned almost 6 per cent of the company after its flotation, has sold close to 11m shares in the months since the pandemic, leaving it with a less than 1 per cent stake. The beneficiaries of the sale are thousands of German and Austrian retail investors who put an average of €20,000 in MIG’s life sciences and deep tech fund, which held the BioNTech stake.

While BioNTech has not yet disclosed revenues from its Covid-19 vaccine, its partner Pfizer has said it expects sales worth $15bn this year, which would could leave the group with profits of about $4bn.

The two companies entered a 50:50 partnership in March last year, and BioNTech has a separate contract to supply the vaccine in China.

MIG said its BioNTech investors would receive close to €340m from the fund this year, in addition to a €260m payout from 2020. The billionaire Strüngmann brothers were also another early backer of BioNTech.

MIG, which specialises in life sciences investment, was also a backer of Sahin and Tureci’s first company, Ganymed, which sold to Astellas in 2016 for $1.4bn.

To date, MIG has invested about €580m in more than 40 companies, and its BioNTech dividend represents the largest distribution to shareholders in the company’s history.

“We are proud of our portfolio company’s enormous success and their contribution to overcoming the global pandemic with the world’s first Covid-19 mRNA vaccine,” said Kristian Schmidt-Garve, a partner at MIG.

“We are also very pleased that we were able to realise substantial returns for our investors, representing a considerate multiple of their initial investment,” he added.

Mr Schmidt-Grave told the FT that MIG had seen “a strong increase” in demand for its investment products in recent months.

Separately on Thursday, rival German biotech CureVac reported that it had raised more than $517m via a share offering. The Tübingen-based company is developing Covid-19 vaccines with pharma groups Bayer and GSK, and has signed a deal to deliver 400m doses to the EU.