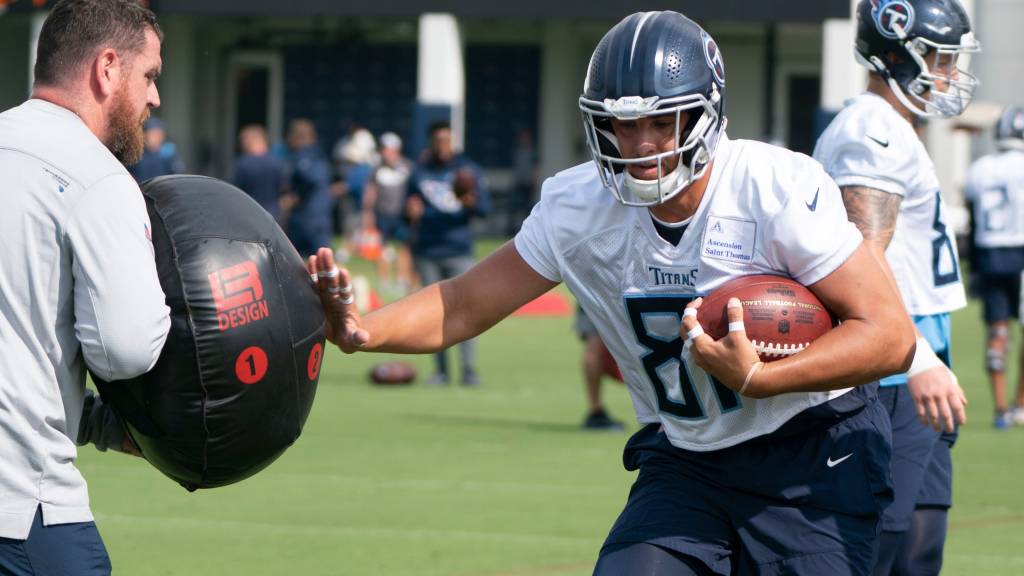 The Tennessee Titans hit the practice field for their latest session of organized team activities on Tuesday, which was also the last practice that will be open to the media.

After Tennessee wraps up its voluntary OTAs on Thursday, the team will turn its attention to mandatory minicamp, which will run from June 14-16.

We got two important pieces of information prior to practice:

Titans wide receivers coach Rob Moore revealed that first-round pick and wide receiver Treylon Burks has asthma, which would explain why he’s been spotted using an inhaler and is having issues staying on the practice field.

You can read more about that story here, and you can check out what Vrabel had to say about Burks’ asthma and his absence from practice on Tuesday right here.

Now, a look at the most notable things to happen during practice on Tuesday. 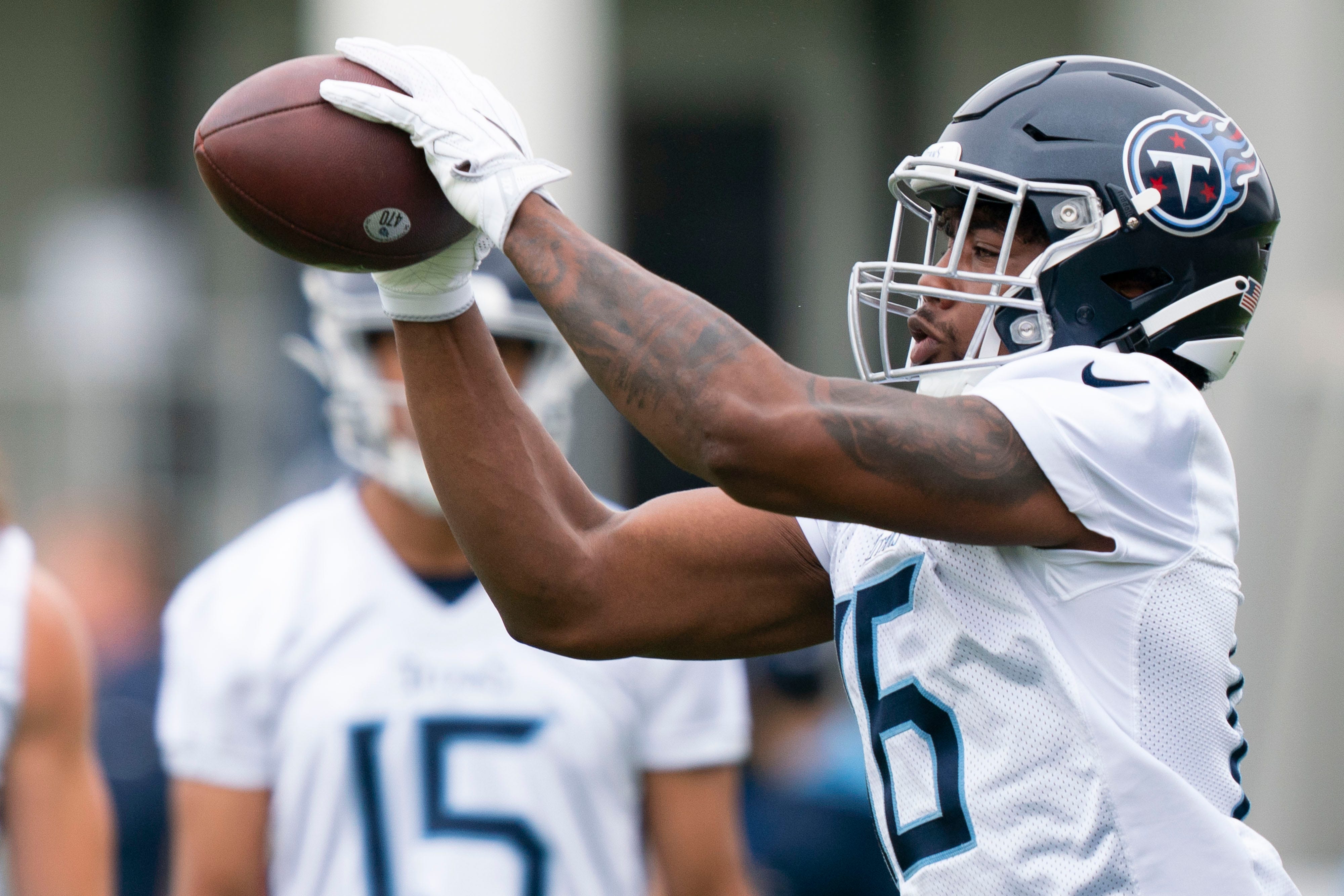 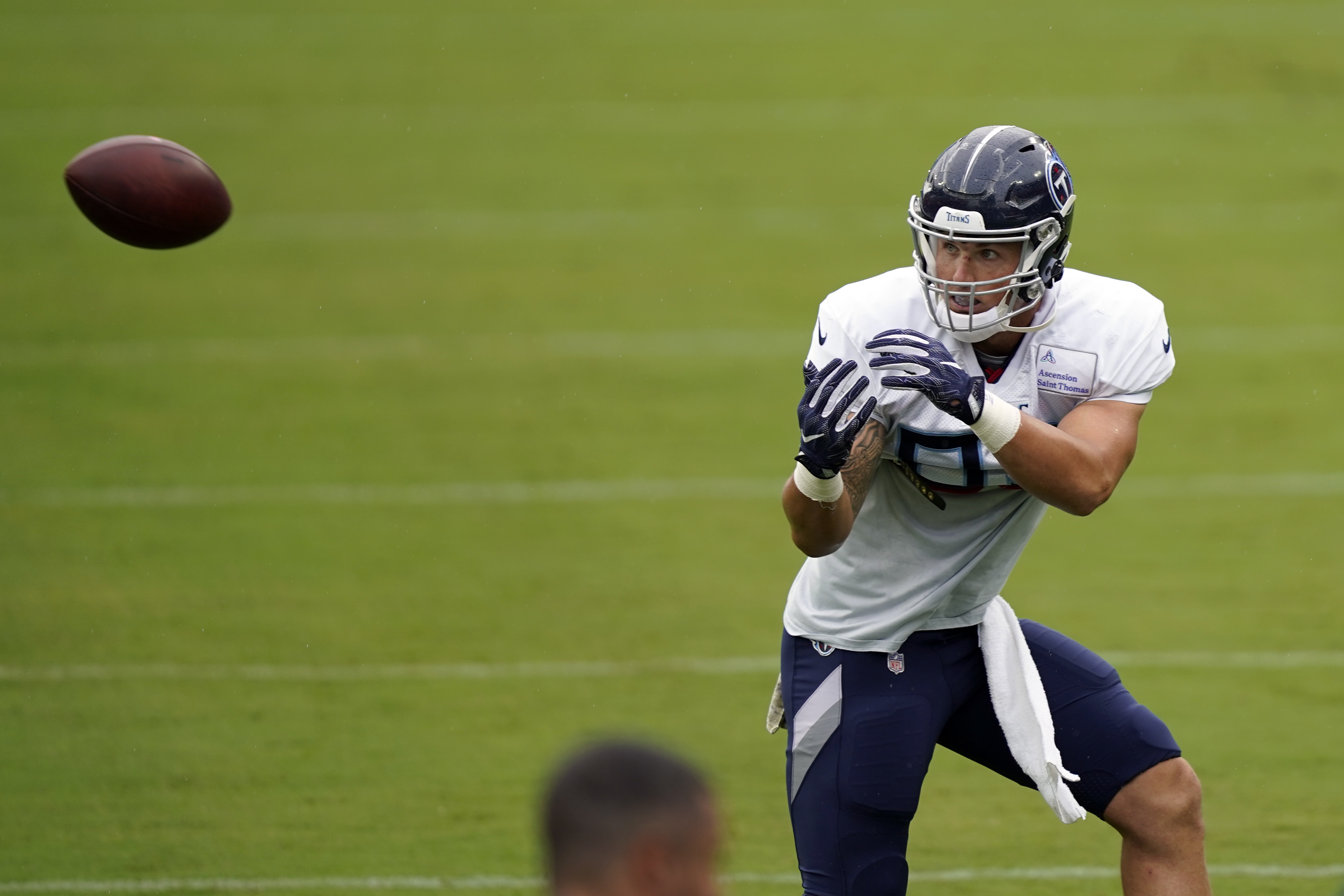 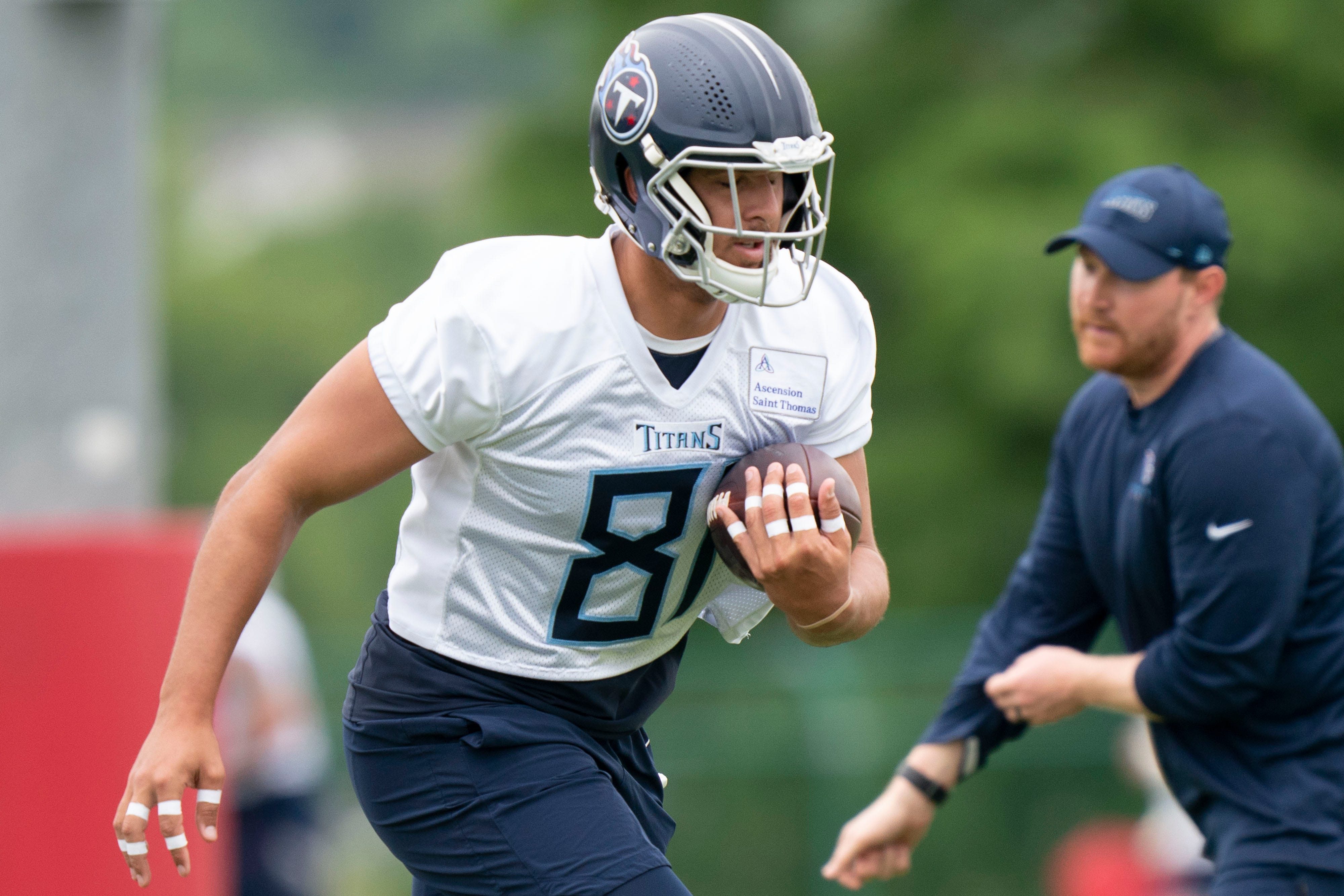 Pretty good day for #Titans’ passing game.
Some highlights:
-Tannehill hit back to back deep shots rt sideline, to Malone and Okonkwo.
-Tannehill deep slant to Fitzpatrick in e. zone.
-Tannehill back end zone to Hooper. 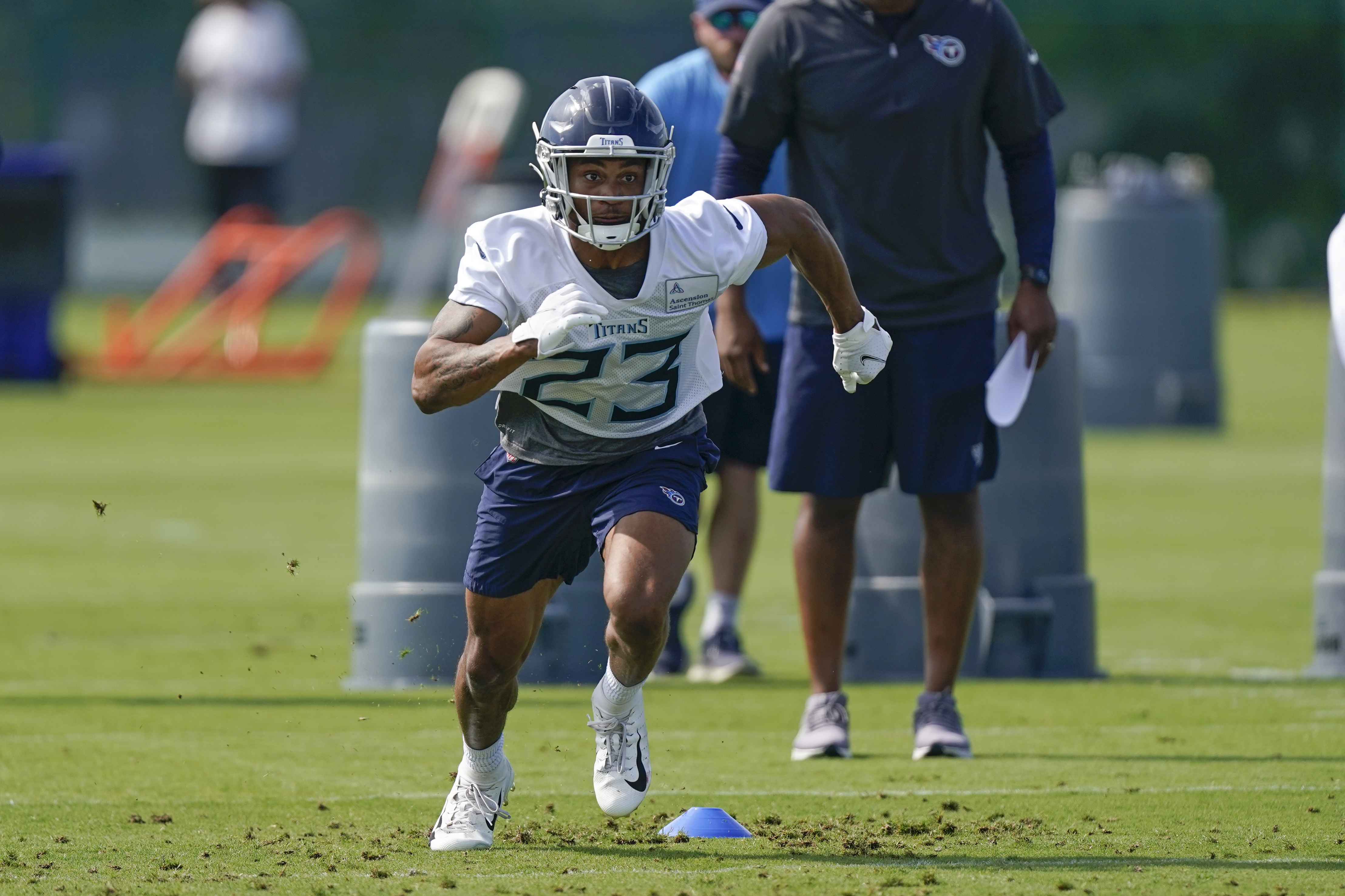 ESPN’s Turron Davenport: “Trenton Cannon got to the hole in a hurry during team period and showed some shiftiness at the 2nd level.” 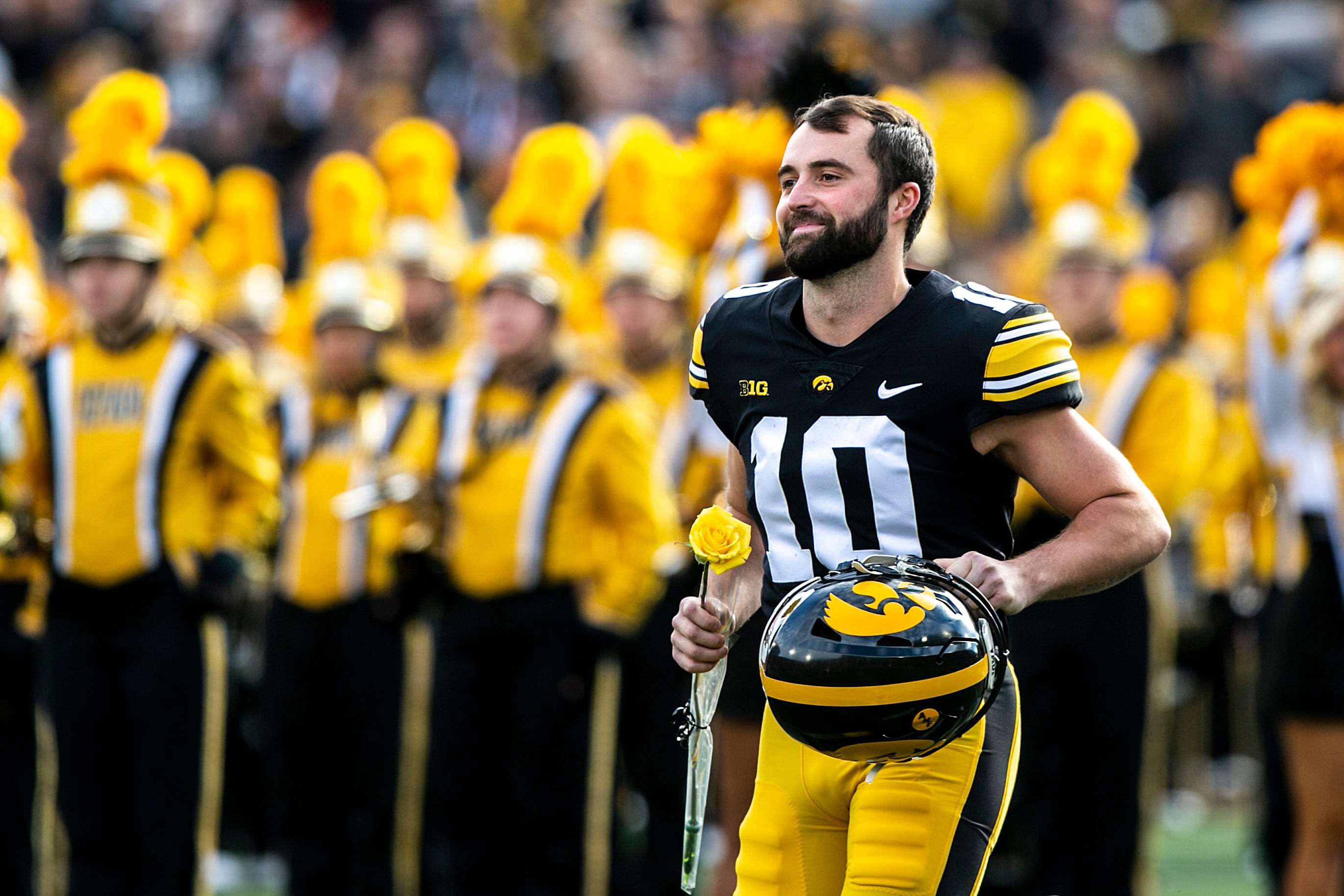 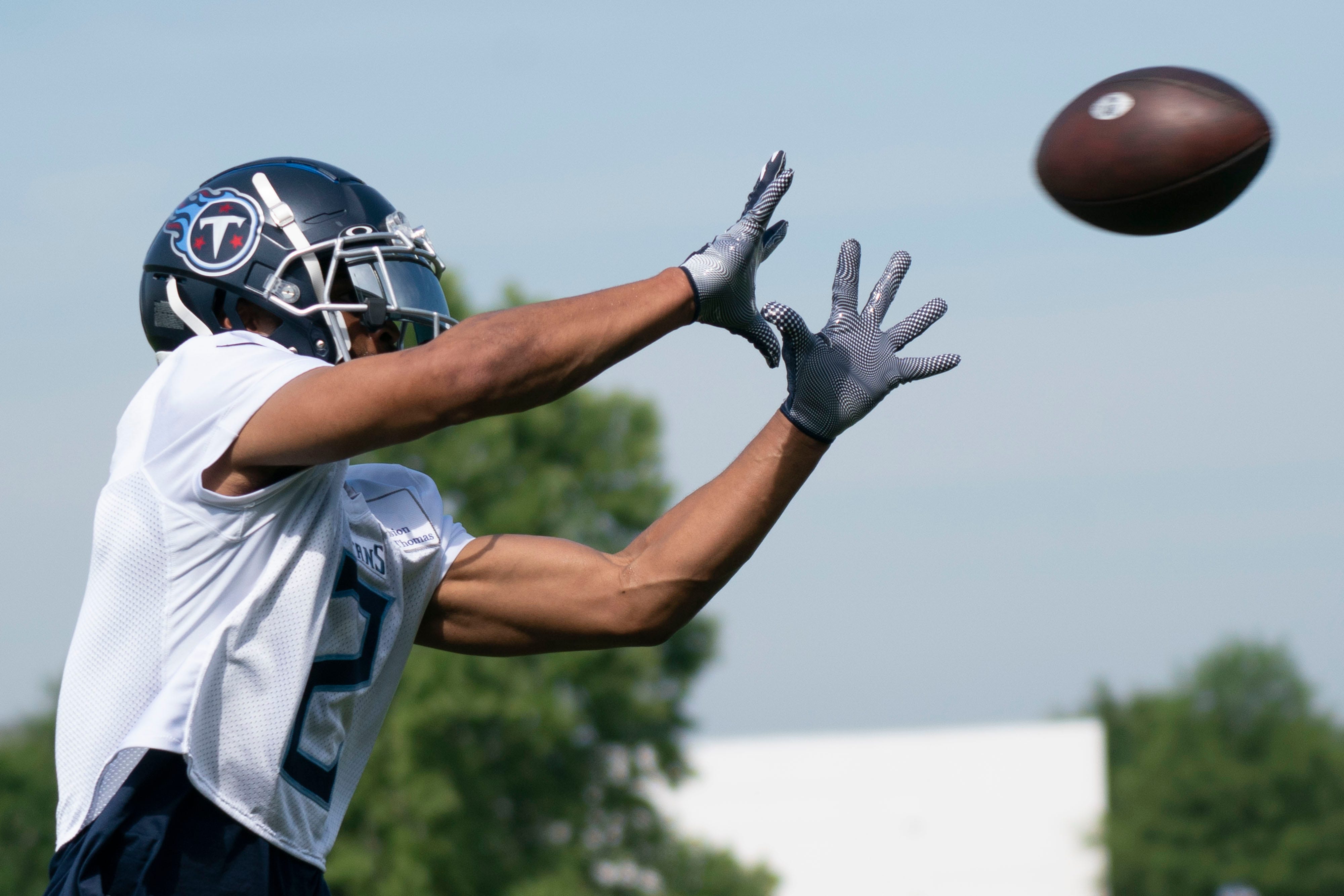 Jim Wyatt of Titans Online: “Cornerback Caleb Farley, receiver Robert Woods, cornerback Kristian Fulton and receiver Racey McMath were decked out in the yellow pullover jerseys once again during team and 7-on-7 periods, signifying they’re still in the ‘return to play portion’ of their rehab.”

Some clips of Titans WR Robert Woods, who continues to impress in his recovery from ACL injury last November: pic.twitter.com/njvLm3tFHs 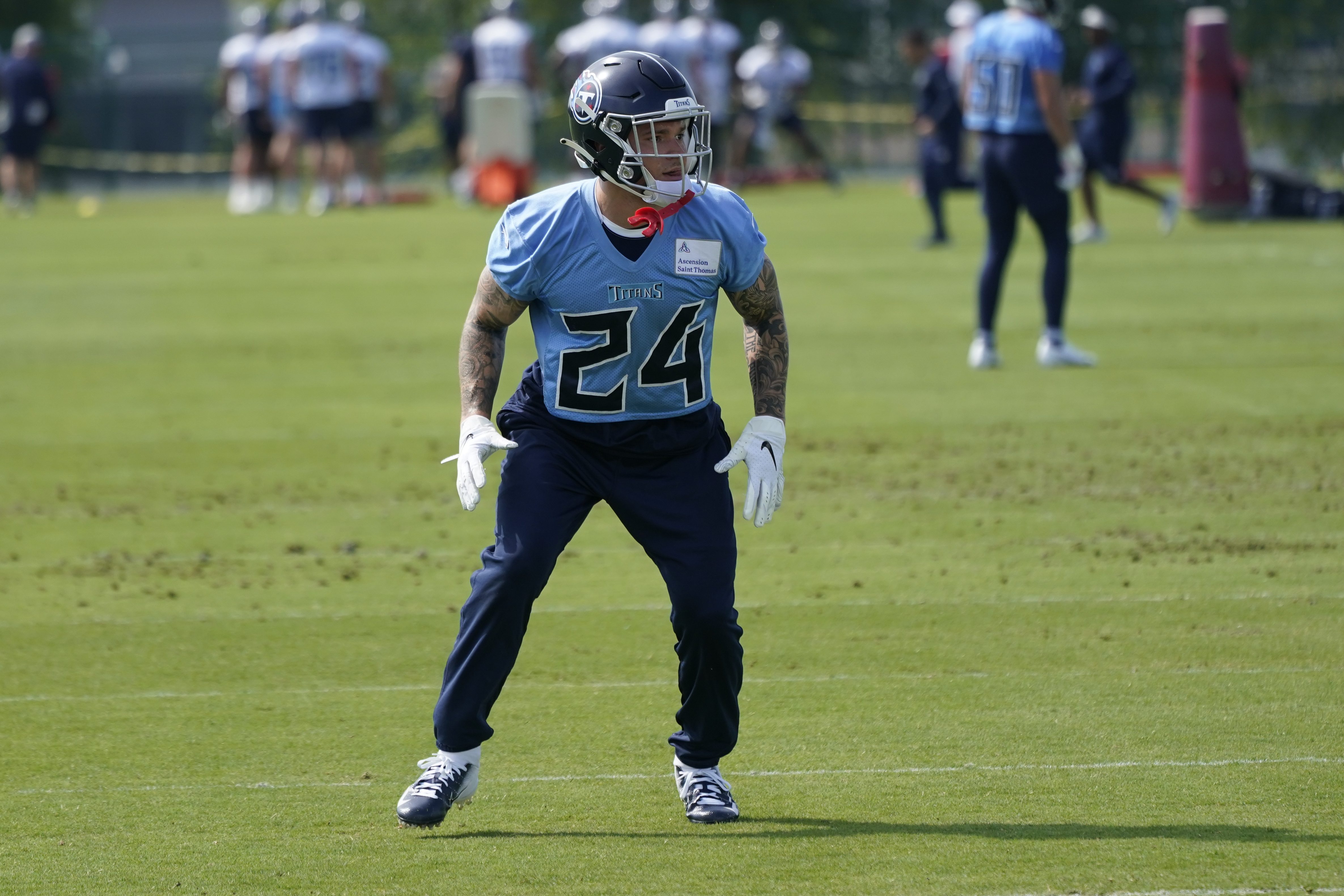 Wyatt: “Offensive lineman Aaron Brewer, cornerback Elijah Molden and linebacker Monty Rice were all spotted, but their work in today’s session was either limited or they were held out.” 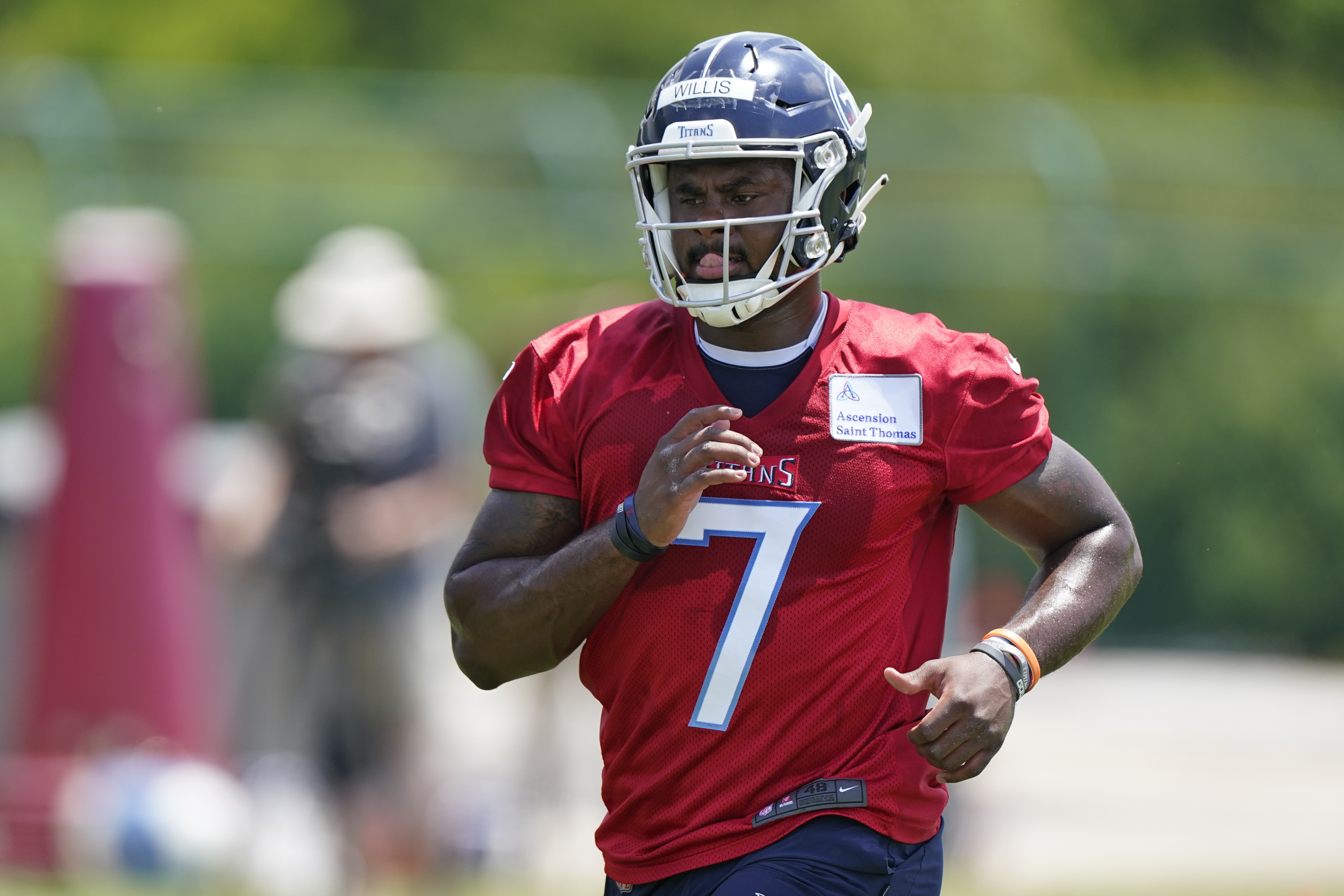 Wyatt: “Quarterback Malik Willis has had his moments in OTAs, some good, some not-so-good. His first snap under center on Tuesday ended up on the ground, and he didn’t field his second snap cleanly either. Willis made some nice throws in the session, including a bullet to receiver Racey McMath in a team period, but several of his Tuesday tosses missed their targets either because of good plays by the defense or throws that were off target a bit.”

#Titans QB coach Pat O’Hara says Malik Willis, shown in these clips, is a hard worker and retains information well. Describes him as athletic, with a huge arm and having a lot of skills there (for team) to enhance. pic.twitter.com/mHWZAG5JHI 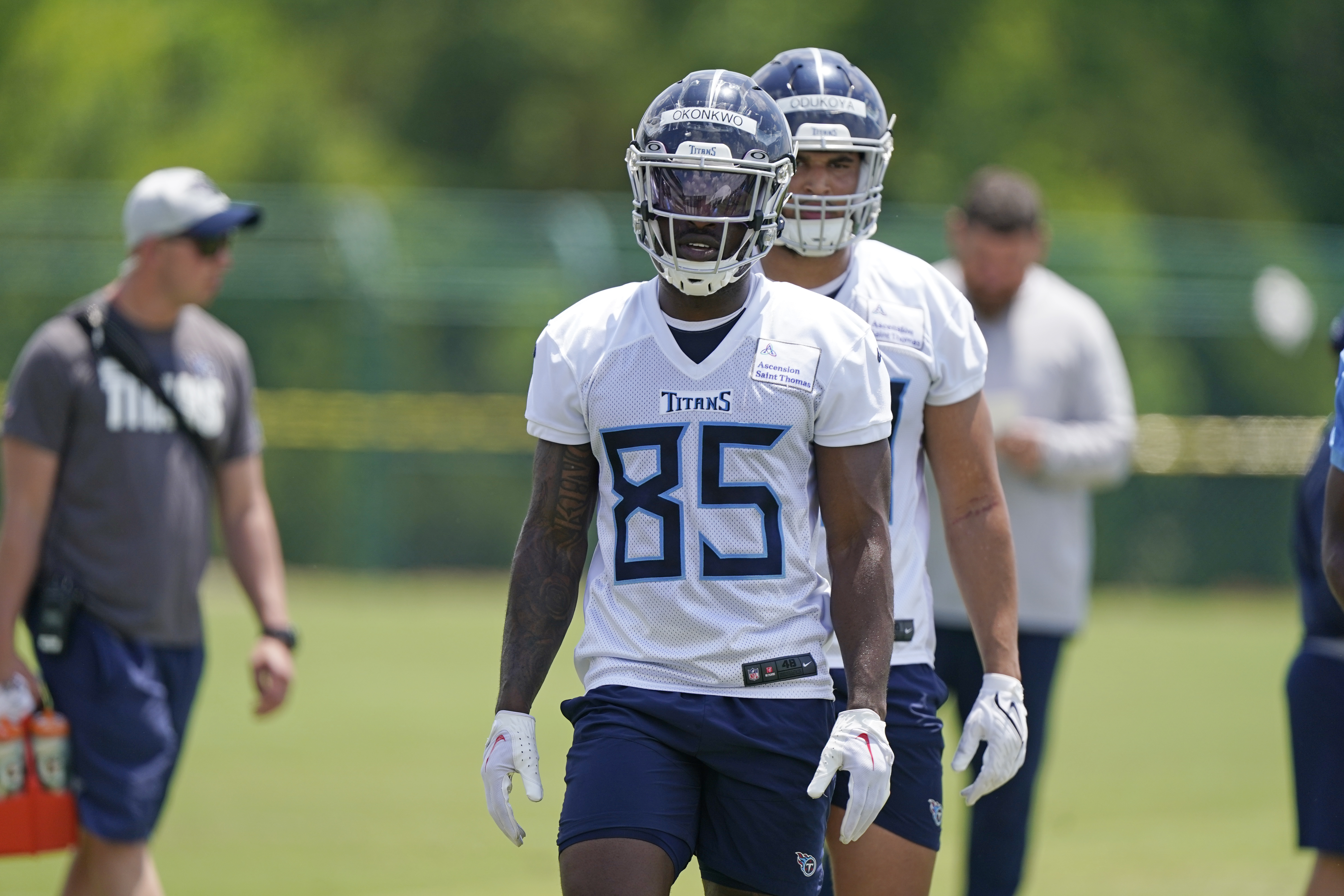 Wyatt: “There was a lot of action in the first 7-on-7 period of the day, which included a beautiful touchdown toss from Tannehill to rookie tight end Chig Okonkwo, who caught the ball over his shoulder with cornerback Buster Skrine in coverage.” 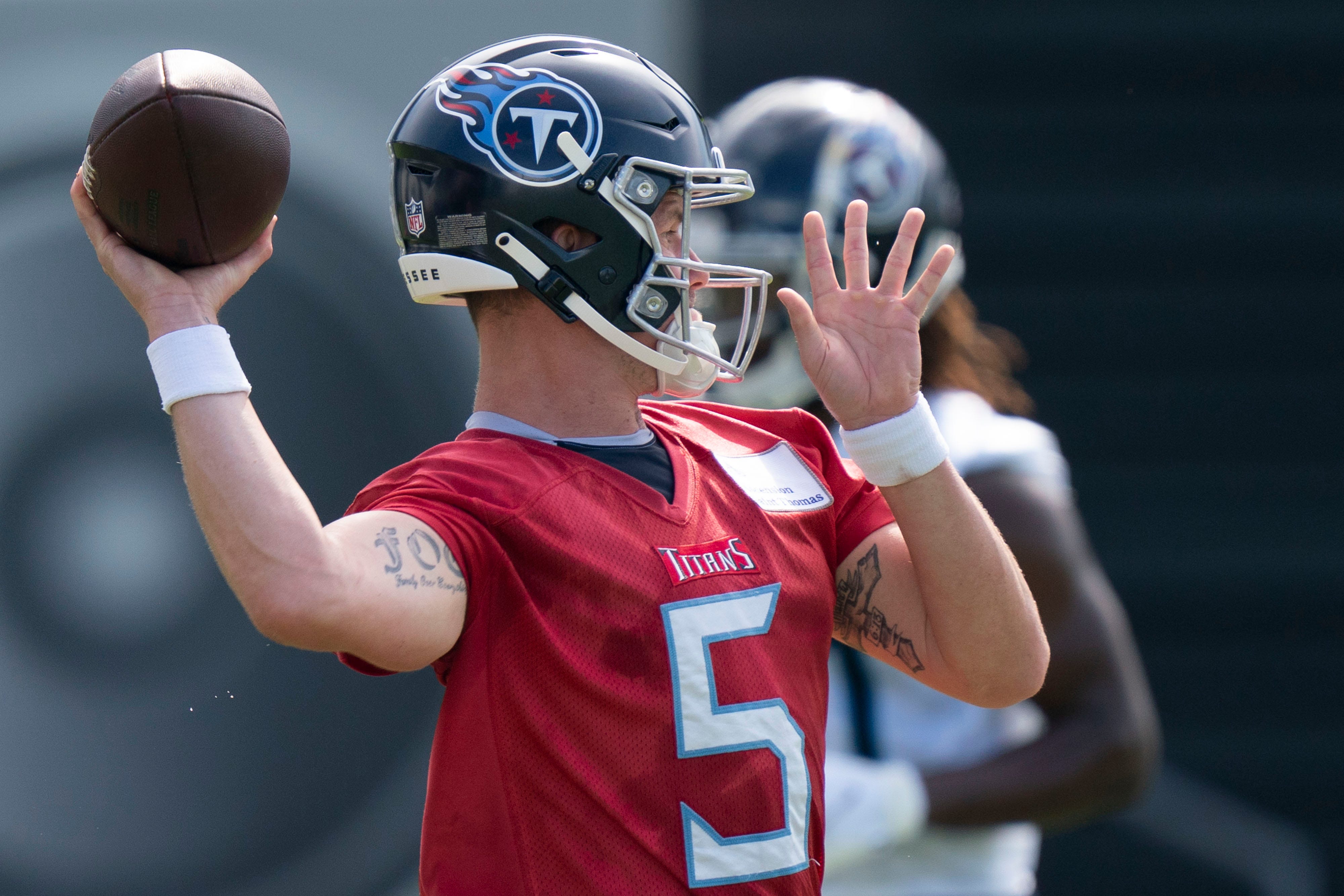 Wyatt: “Quarterback Logan Woodside made a number of nice throws on Tuesday, including a pair of completions to Kyle Philips, a completion to Swaim and a touchdown toss to receiver Reggie Roberson Jr.” 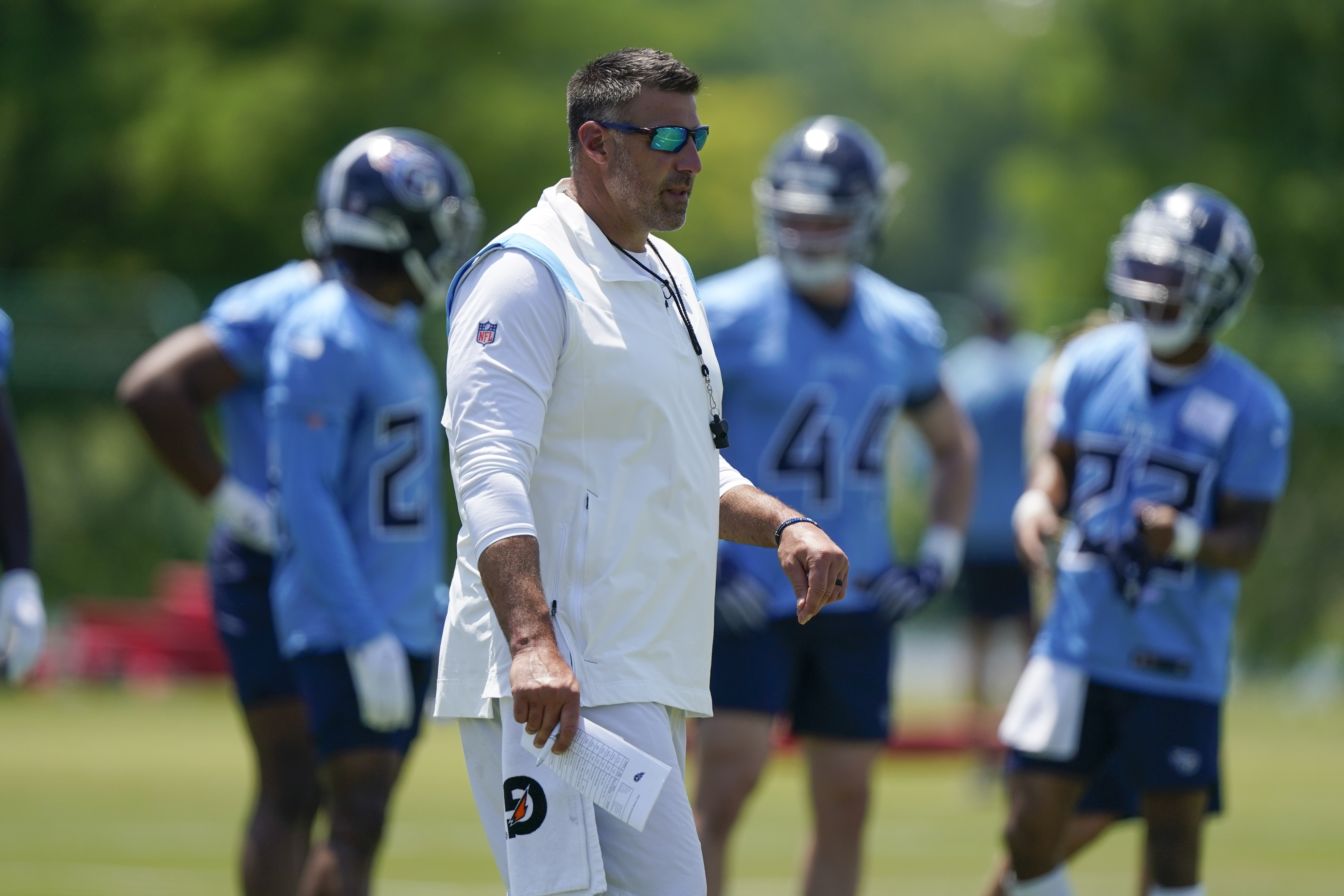 Wyatt: “The Titans will be back on the field for OTA No.7 on Thursday, but that session will be closed to media. The next open practice is scheduled for next Tuesday, the first day of the team’s mandatory minicamp.”