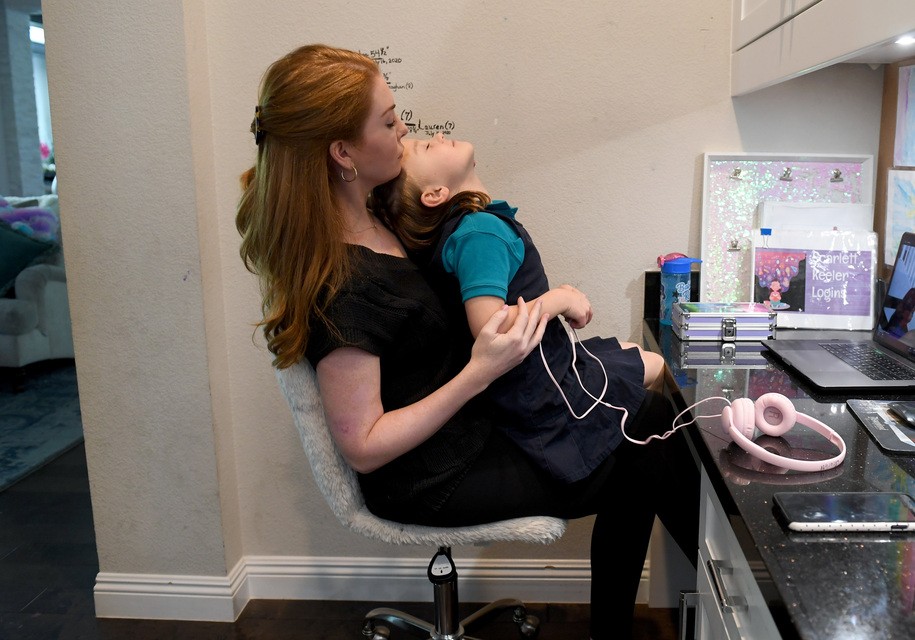 In what Vice President Kamala Harris recently called a “national emergency,” 2.5 million women have left the workforce since the beginning of the pandemic compared with 1.8 million men. Both those numbers are an emergency, but one is two emergencies in one: the impact on women’s employment now and a long-term threat that puts “decades of the progress we have collectively made for women workers at risk,” according to Harris.

It’s not just a gender disparity, of course. “Sharp racial disparities persist among women’s unemployment, with rates 67 percent higher for Black women and 73 percent higher for Hispanic women than for white women,” the Institute for Women’s Policy Research pointed out after January’s jobs numbers were released in early February.

Many women—and many women of color in particular—are being hit by job losses because the industries they work in, like hospitality and child care, are shedding jobs, but it’s not just that. Women are also being forced out of their jobs by increased demands on their time at home—specifically, the disproportionate burden of child care they take on at the best of times having dramatically increased with many kids home and needing not just routine care but support for their remote education.

Stories about women forced into these choices aren’t hard to come by, and again, they’re reflected in numbers as well as individual stories. The head of the Workforce Training Center in Buffalo told local news 2 On Your Side: “Typically it was a 55-45 balance of women vs men that would use the services at the center. When COVID happened, we saw that switch,” he explained. “A lot of women had childcare responsibilities and so they couldn’t actually go out into the workforce and they didn’t take jobs because schools weren’t open.”

Writing at The Cut, Angela Garbes describes pushing her book release date back, losing a lot of income in the process, because having a child at home makes it impossible for her to work a full schedule.

In one telling passage, she writes, “’Can we unionize mothers?’ I ask my husband, a labor organizer who helps rideshare drivers fight for basic workers’ rights. ‘How about women?’ I am only half joking. He looks at me over his reading glasses. ‘Who would you bring your demands to?’”

Yeah. Well. Women’s tenuous position in the workforce is, in normal times, significantly due to large-scale discrimination and a lack of government support. Policy could fix the lack of affordable day care when there’s no pandemic. Policy could help reduce the penalties women face for taking time off work to care for children or family members. But right now? Too often sexism in the home is piling onto structural sexism and crushing women. And it’s not just the sexism of men who will tell you that taking care of the kids is women’s work and that they feel justified in not participating. It’s also the men who claim to be doing their share, but whose partners do not agree.

But that is why, as the U.S. starts to emerge from the grip of the coronavirus pandemic and from the associated economic distress, policy must address the crisis women face. Why this is absolutely the time the U.S. must make progress on affordable child care, and paid family and medical leave, and fair pay and anti-discrimination laws, and an increased minimum wage.

Because all of those structural forms of discrimination and failures to support women then, when the pandemic or other crisis comes, feed into the view at home that women’s work is less important than men’s, that women’s paychecks are just an extra that can be dispensed with if necessary rather than a long-term part of women’s independence and economic security. This pandemic threatens to set women back a generation. We need to respond with the determination to use policy to advance women so that the next crisis is not such a disproportionate threat.

Grid operators in California and Texas brace for record heat

‘Myanmar is like a slaughterhouse now. People are killed daily’