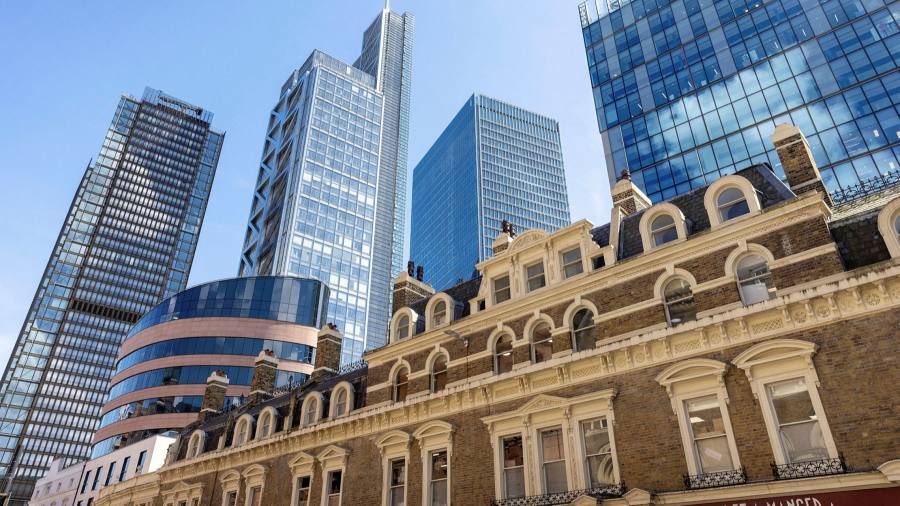 More than two years since the pandemic first shuttered offices in the UK, they are still half empty. So why are the country’s biggest landlords in such a good mood?

“In short, it’s been a very strong year,” said Toby Courtauld, chief executive of London-focused developer GPE, announcing on Thursday that his company had leased a record amount of workspace.

Those tenants — Facebook parent Meta, estate agency JLL and magic circle law firm Allen & Overy — are engaged in a fierce war for talent and have ambitious carbon reduction targets. The same is true for private equity firm KKR, which has recently leased a new block from GPE.

All are willing to pay for offices which help them get ahead, said Courtauld.

“Rent as a cost of operating a business in central London is between 7-8 per cent. It’s never been the most important factor: that is the quality of space you are providing to your employees,” he added.

Just 1 per cent of London’s office stock meets the highest environmental standards, according to property data provider CoStar, and it is there that blue-chip companies are training their sights. Tellingly, JLL’s office search was led by the company’s head of sustainability Guy Grainger.

“It took two years to find an office that could be net zero carbon in operation,” said Grainger.

Betting on the continued appeal of high-end workspaces, investors, almost 90 per cent of them from overseas, poured a record £5.5bn into London offices in the first quarter of the year, according to property agent CBRE.

They targeted the biggest, newest blocks: the London headquarters of UBS at 5 Broadgate sold for more than £1.2bn and Google paid $1bn for an office near Tottenham Court Road.

All this paints a rosy picture, but a partial one. Away from the upper reaches of the market in which specialist developers operate, the risks are severe and multiplying.

The shift to hybrid working threatens to hit landlords’ incomes by clipping demand for older space at the same time as costs are driven up by rising interest rates, inflation and increasingly stringent environmental regulations.

With the outlook for the global economy darkening, real estate investors are seeking sanctuary in assets considered secure, such as housing and logistics facilities — not second-hand offices.

Combined, those factors add up to “the biggest truck hitting the [office] real estate market you can imagine”, said Chris Brett, head of capital markets for Europe, the Middle East and Africa at CBRE.

“I’m not saying we’re going to have a crash . . . but the reality is there’s a nervousness out there,” he added.

Total demand for office space is widely expected to fall, and older blocks to bear the brunt of that. Average office occupancy in the UK languishes at roughly 28 per cent, or half pre-pandemic levels, according to Remit Consulting. Homeworking appears to have set in more resolutely in the UK than elsewhere.

Office leases are typically signed for five to 10 years, meaning falls in rent and demand might unwind slowly and gently. A drop of 20 per cent in space required would be manageable over a decade, said Andy Pyle, head of UK real estate at KPMG.

But a bust is also possible. Demand for older blocks is likely to drop precipitously, as much as 30 per cent, according to Indraneel Karlekar, global head of research at Principal Real Estate Investors, a US asset manager managing or advising on more than $100bn of commercial property investment.

That means falling income at a time when costs are mounting: UK landlords must meet new energy performance standards by 2030 in order to keep leasing their space; the vast majority currently fall short.

With rising interest rates, those costs could leave some property owners unable to service their debts and in distress, said Karlekar.

“That could push [offices] to the market. It’s unlikely to be a tsunami like the financial crisis . . . [But] it’s reasonable to expect a valuation nosedive if we hit a recession,” he said.

Already, there are signs of demand for modern offices and older stock diverging. In so-called “secondary” blocks in London, vacancy rates have hit 12 per cent, triple that in newer, “prime” stock, estimates Carter.

According to estate agent Knight Frank, there is a 12 per cent rental premium for the greenest buildings.

“I do think the best spaces have separated from the rest of the market,” said Courtauld. “What happens to the rest is a great question.”

Courtauld and other specialist developers such as Landsec, Derwent London and Workspace are primed for valuations to slide at the bottom of the market, presenting an opportunity for them to buy up “stranded” assets and reinvigorate them.

But some expect dislocation to appear far higher up the market. One overseas investor, active in London in recent years, is struggling to gauge the value of the relatively modern blocks vacated by JLL and Allen & Overy as they shift to newly built offices on British Land’s estate in Broadgate.

“The left-behind buildings are a real conundrum. Allen & Overy’s building at Bishop’s Square was once worth £800mn with them in it. Empty, it’s not worth that,” they said.

In the UK, central London has the highest number of modern offices which global investors regard as safe. Even so, blocks built more than 10 years ago — and therefore likely to require work to meet environmental standards — make up the bulk of stock, according to agency Savills.

Other cities are more exposed. The cost of upgrading a building in Newcastle is broadly equivalent to refurbishment in central London, but the rental income there is likely to be far lower. “It’s going to be a harder sum [for landlords] to do,” said Mat Oakley, head of European commercial research at Savills.

Those sums must be made ahead of 2030. But while large developers such as British Land and Landsec have estimated the costs of such work and earmarked cash, there is inertia across much of the market.

Brett draws a parallel with retail, where the costly work of adapting shopping centres and department stores was often put off by landlords happy to collect the rent, and hopeful that retailers would survive even as ecommerce businesses like Amazon boomed.

Retail property values eventually cratered, wiping out shareholders and landlords in the process.

With more hybrid working and ever higher costs, “ultimately”, said Brett, “we’re going to have tons of empty office buildings”.