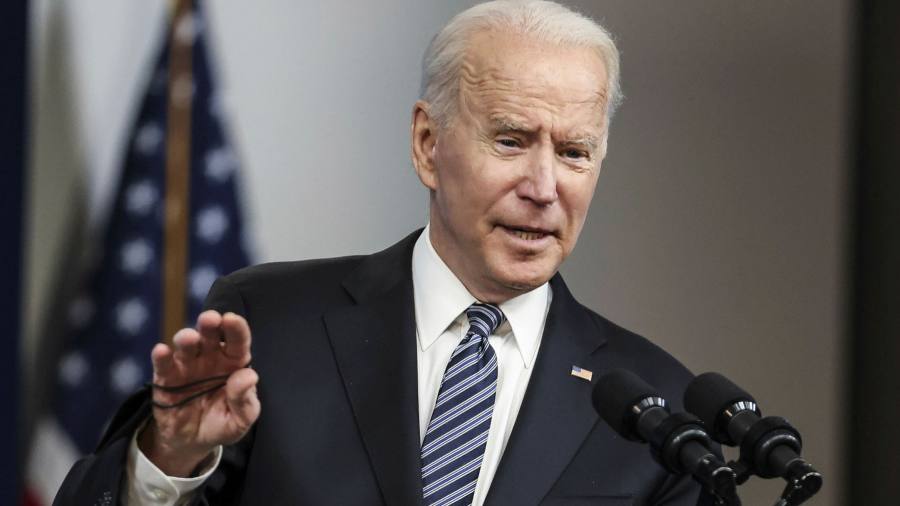 US President Joe Biden has been loath to get sucked into a protracted Israeli-Palestinian conflict, preferring instead to rely on regional partners to end the worst violence since 2014.

With communal tensions high, Israel pounding the Gaza Strip and Palestinian militants firing rockets, Washington has dispatched Hady Amr, the US state department’s top official on Israel and Palestinian affairs, to meet Israeli and Palestinian leaders. The administration has reached out to Egypt, Qatar, Jordan, Tunisia, Saudi Arabia and the United Arab Emirates in dozens of urgent calls to try to shape a regional response.

Secretary of state Antony Blinken, national security adviser Jake Sullivan and defence secretary Lloyd Austin got involved in the regional broker attempts before Biden promised on Wednesday to “stay in touch personally” with Benjamin Netanyahu, Israel’s prime minister, according to the US readout of their call.

Blinken told reporters on Thursday that the US was “deeply concerned about the violence in the streets of Israel”.

Biden said he had not seen “a significant overreaction” on the part of Israel when asked if Netanyahu was doing enough to stop the violence from escalating. “The question is how . . . they get to a point where there is a significant reduction in the attacks, particularly the rocket attacks that are indiscriminately fired into population centres,” Biden said.

But several factors are likely to thwart any US effort to end the crisis, including the fact that Washington has little leverage over Hamas, designated a terrorist organisation by the US.

While Biden on Wednesday reaffirmed Israel’s right to defend itself, his “preferred position is that this thing disappears”, said Aaron David Miller, a former Arab-Israeli negotiator in multiple US administrations. “His risk aversion on this issue will be maintained unless there is some [mass casualty] event . . . and this really deteriorates.”

As of Thursday, the death toll stood at 87 in Gaza and seven in Israel.

America’s historically strong bipartisan support for Israel was tested during the Obama era and Netanyahu enjoyed a strong rapport with Donald Trump, who delivered strong gains for the Israeli right. Biden has a more nuanced relationship with the Israeli premier than his predecessors.

While Biden has restored US aid for Palestinian refugees, cut by his predecessor, he has not undone other Trump-era initiatives, such as the relocation of the US embassy to Jerusalem or the closure of the Palestine Liberation Organization’s office in Washington.

Biden opposes Israel’s settlement policy on the West Bank, which most of the world considers illegal, but he has opposed demands from some on the left of the Democratic party that the US should condition support to Israel according to its treatment of Palestinians, calling the idea “preposterous”.

“[He’s] sympathetic to Israel fundamentally and I think on this he’s distinguished himself from the progressives,” said Michael Makovsky, president of the Jewish Institute for National Security of America, a conservative group of pro-Israel hawks, adding Biden himself had always been known as “a pro-Israel guy”.

“I give him credit . . . I think here [on Israel-Palestinian issues] he’s been better than the Obama administration,” he added. “They’re not looking to pick public fights with Israel.”

An official at the US mission to the UN said: “The United States communicated support for an open meeting in the Security Council early next week in order to give space to diplomatic efforts under way at the highest levels to de-escalate tensions and move toward a ceasefire.”

In private, Biden administration officials have urged Israel to show restraint and clarify its objectives, a person familiar with Biden’s Israel policy said. The US had sought to tread a fine line, previously condemning attacks by both sides and warning against the eviction of Palestinian families in Jerusalem. However, Hamas’ firing of at least 1,500 rockets towards Israeli towns in response has tested this approach.

“The idea that Hamas can fire rockets into Israel — that for [Biden] is not just unacceptable, it’s outrageous and it can’t become routinised,” said a former senior US official. “It changes the context fundamentally.”

While progressives wanted Biden to appoint a special envoy for the Arab-Israeli conflict, the administration wants to resurrect a key role for Egypt, which brokered several ceasefire deals between Israel and Hamas during their 2014 war, to resolve the crisis. Cairo comes with inbuilt leverage because it controls its border with the Gaza Strip.

Jeremy Ben-Ami, president of J Street, a progressive Jewish advocacy group, on Wednesday accused the US of “diplomatic neglect” and called for a “much more forceful and active” role. He said he wanted the Biden administration to deliver a clear, unequivocal message that “the provocative actions in Jerusalem that set this in motion have to end”.

Khaled Elgindy, Palestinian-Israeli affairs expert at Washington’s Middle East Institute, argued the absence of any sort of pressure on Israel from the Biden administration had “encouraged the worst kinds of behaviour”.

“There is no escaping American responsibility,” he said. “It will only drag out longer if the US isn’t playing that active role and trying to rein in the Israeli side.”