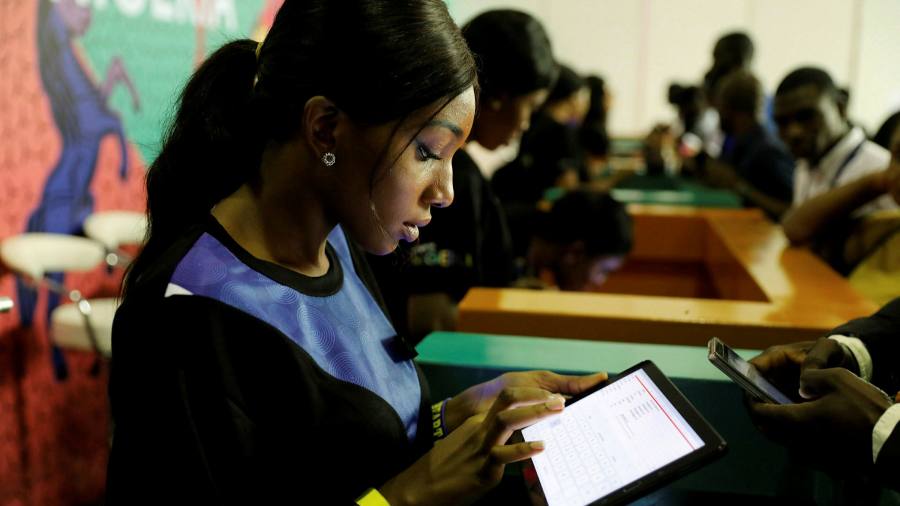 US president Joe Biden’s plan to reform global corporate taxation will do little to help the countries most in need of more tax revenues, say developing economies which are lobbying for greater power over multinationals.

Washington’s ambitious proposal would tax 100 of the world’s largest companies on profits made in countries where they have little or no physical presence but derive substantial revenues and would introduce a global minimum tax rate, in a bid to end what it dubbed a “race to the bottom” where businesses channel profits through low-tax jurisdictions.

But companies would pay most of their taxes in the country where they are headquartered, even if their profits — and in many cases the labour and raw materials used — are sourced from developing countries, senior diplomats and lobby groups told the Financial Times.

They are also concerned that many developing countries are not participating in the negotiations over the proposal at the OECD and fear the eventual agreement is unlikely to reflect their interests.

Mathew Gbonjubola, Nigeria’s ambassador to the OECD, said: “What I understand, with the . . . rules as currently being developed, is that developing countries may get next to nothing.”

He endorsed the efforts of the US and OECD to get the world’s largest companies to pay more tax globally. “The less tax incentives developing countries offer, the more they are able to retain needed revenue for their development and the less they rely on borrowing or aid,” he said.

But he warned that “it is both logical and moral that the source countries, developed or developing, should have the right of refusal before [tax revenue] passes to [companies’] residence countries”.

Gbonjubola added that the US “has not provided the economic reasoning” for only targeting 100 companies. This focus is a scaling-back of OECD proposals, which would have covered thousands of businesses.

“The most important point of difference between advanced economies and developing countries is the threshold that determines how many companies are included,” said Sybel Galván, Mexico’s ambassador to the OECD.

Rajat Bansal, a member of the UN Committee of Experts on International Cooperation in Tax Matters, said setting a threshold that captures only the biggest companies would mean “ultimately, quite a few of the potential taxpayers would not be covered”.

Critics also say the amount to be taxed under the US plan is too small as it is likely to be less than a fifth of company profits. Ross Robertson, international tax partner at BDO, said: “If the overall pot is not enough . . . it fails to provide a fair reward from businesses outside [developing countries’] territories that are deriving profit from [their] economies.”

The African Tax Administration Forum, which advises governments on the continent, has called for a tiered approach in which thresholds would be set at lower levels for smaller economies. “We don’t think a single threshold for all economies is equitable,” it said.

The ATAF is also concerned that in lengthy and complex negotiations poorer countries may not fight for their rights. “While they do have a seat at the table, it’s hard for them to keep up . . . There may not be a high level of political awareness in Africa of this issue and of how important [the proposal] is.”

Several large developing economies are involved in a rival effort at the UN to develop an international tax regime, which would specifically target digital services companies. The move is driven by acrimony over the small amounts of tax paid by US tech giants in many countries where they make big profits.

The plan would grant countries the right to tax digital companies’ revenues based on where revenues are generated, rather than only where the company is resident. Argentina, India, Kenya and Nigeria have all recently introduced digital taxes and a number of other African countries are considering it, according to the ATAF.

The UN proposal, which has been championed by India and Argentina, was narrowly approved by the UN’s tax committee last month. Other developing countries including Ecuador, Ghana, Liberia, Nigeria, Vietnam and Zambia have backed it.

The model is non-binding and can only be enacted in bilateral agreements if participating countries sign up to it, but the timing is troublesome for the OECD.

“There seems to be an odd competition between the UN and OECD going on,” said Tove Maria Ryding, policy and advocacy manager at the European Network on Debt and Development. “The UN is looking at developing digital services taxes and the OECD is trying to get rid of them” in favour of a regime that would apply to all industries.

Christian Hallum, senior tax and extractives specialist at Oxfam Ibis in Copenhagen, said for some developing countries the feeling of being sidelined in the OECD talks could make them reluctant to give up their plans to target tech companies, which could cause a stand-off. “There’s a real risk that if rich countries dictate the outcome of the [OECD] process, that’s what we will see.”

Mexico’s Galván said the OECD negotiations were “difficult but constructive” and several large developing economies were “definitely in favour of having a common [tax] framework”.

But others have warned that the US proposal risks losing legitimacy.

“You can call the rules global, but if the decision-making is not truly global why would countries which haven’t been involved in drawing up the rules sign up to it?” said Ryding. “The world’s poorest countries are once again at risk of losing out when the global tax pie gets divided, despite the fact that they are more in need of tax income than anyone else.”