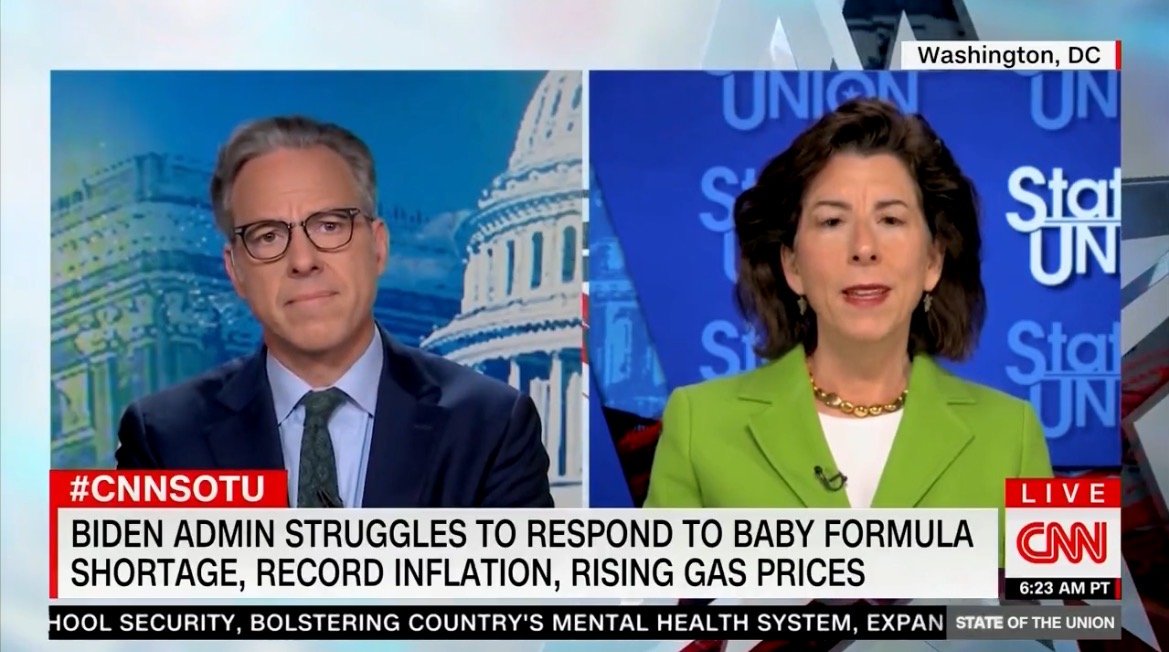 74% of baby formula products are out of stock in the US today.

Several states have over 87% shortage of baby formula.

Joe Biden and the band of incompetent Democrat officials working in his administration claim they only found out about the baby formula problem in April.

Abbott, the infant formula maker, warned of a shortage back in October 2021 after their Michigan plant was shut down.

Not one person in the dumpster fire that is the Biden Admin has taken responsibility for the baby formula crisis.

“Why does it seem the Biden administration is consistently playing clean-up on these problems that are playing out exactly as many experts forecast they would?” Jake Tapper asked Secretary Raimondo.

Raimondo ignored the question and pivoted to Covid.

Tapper followed up: “When did you first learn of this [baby formula shortage]?”

“Uh, I first learned about it, you know, a couple of months ago…” she replied.

CNN’S JAKE TAPPER: “When did you first learn of this [baby formula shortage]?”

SEC. RAIMONDO: “Uh, I first learned about it, you know, a couple of months ago…”

Meanwhile, Joe Biden is having a picnic at the beach.

A source sends along this photo to FOX of President Biden at the beach today near his home in Rehoboth Beach, Delaware. pic.twitter.com/gzHKdBDl06