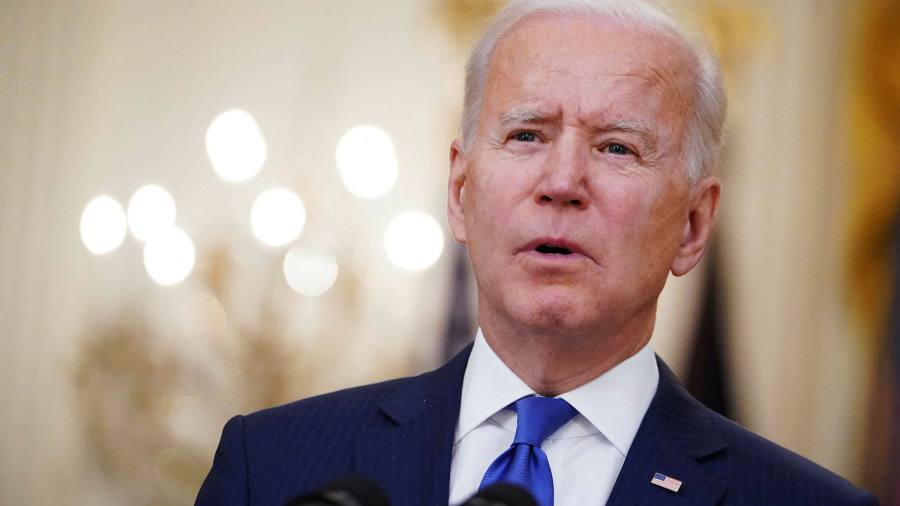 Joe Biden’s $1.9tn coronavirus relief package received final backing from the US House of Representatives on Wednesday, sealing congressional approval for a massive fiscal stimulus with far-reaching political and economic consequences that will last for years.

The House passed the bill in a narrow 220 to 211 vote, with all but one Democrat voting in favour and every Republican voting against it, paving the way for Biden to sign it into law on Friday.

The final greenlight from Congress marks a big victory for the US president, who took office in January with a mission to mitigate fallout from the coronavirus pandemic and reboot the US economy. The bill reflects a belief among Biden and his top aides that they can rapidly accelerate the recovery without triggering an unwanted jump in inflation.

In a statement from the White House just moments after the House vote, Biden said: “This legislation is about giving the backbone of this nation — the essential workers, the working people who built this country, the people who keep this country going — a fighting chance”.

The package includes a new round of means-tested direct payments of up to $1,400 for most American adults, a weekly top-up of up to $300 in federal unemployment benefits, another $350bn in aid to state and local governments and an expansion of tax credits for children.

“This legislation is one of the most transformative and historic bills any of us will ever have the opportunity to support,” Nancy Pelosi, the Democratic House speaker said just before the vote on Wednesday.

“The American people have been calling on us to deliver relief, and to defeat the Covid-19 pandemic. Today we come together to send a resounding message that help is on the way,” Bobby Scott, a Democratic House member from Virginia, said earlier in the day.

Republicans attacked the legislation as excessive spending that was stuffed with pet projects championed by the left. “It just throws out money without accountability,” Kevin McCarthy, the Republican leader in the House, said on Wednesday.

He added: “Remember what Margaret Thatcher said: socialism will eventually run out of other people’s money.”

In a speech on Tuesday evening, Janet Yellen, the US Treasury secretary, made one of her most extensive public appeals for the bill, arguing the case for a large-scale fiscal expansion.

“If we do our job, I am confident that Americans will make it to the other side of this pandemic — and be met there by some measure of prosperity,” she said. “[It] will finally allow us to do what most of us came to government for — not simply to fight fires and resolve crises, but to build a better country.”

Biden has made the legislation a top priority since taking office this year. Its passage will clear a path for the president to shift focus to other items on his agenda, such as expanding infrastructure spending or reforming voting laws.

Biden is scheduled to address the nation in a televised primetime speech on Thursday. Jen Psaki, White House press secretary, said the president would use the address to “talk about Covid, what we have been through as a country, and what the path forward looks like”.

Pelosi on Tuesday said she had no concerns about the bill passing the lower chamber of Congress, which her party controls by a narrow margin.

The biggest potential sources of defection were progressive Democrats unhappy with the Senate’s changes to the bill, which trimmed certain provisions and stripped out an increase in the minimum wage.

But even some Democratic critics of the bill signalled they were on board on Wednesday. “While I will continue to pressure my party to live up to its banner as the party of the people, I cannot ignore the immediate need for relief,” said Bonnie Watson Coleman, a New Jersey Democrat.

Psaki on Tuesday reiterated Biden’s vow to send the direct payments to American families within the month. She noted that unlike the two previous rounds of cheques sent under the Trump administration, the next round of payments would not include the president’s signature.

“The cheques will be signed by a career official at the bureau of fiscal service,” she added. “This is not about [Biden]. It is about the American people getting relief.”

Like Everything Else Y2K, Sean John May Be Making a Comeback