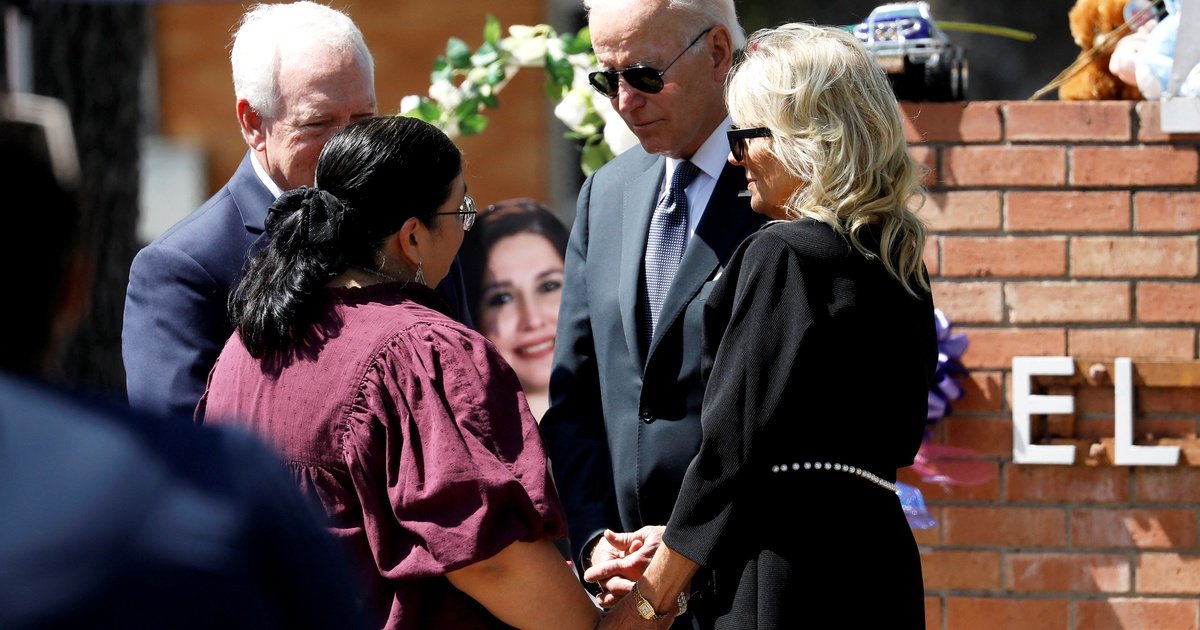 Only 12 days after visiting a community center in Buffalo, N.Y., following a mass shooting that claimed 10 lives at a supermarket, President Joe Biden and First Lady Jill Biden arrived in Texas on Sunday morning to console victims of the deadliest school shooting in Texas history.

After landing at Kelly Air Force Base in San Antonio, the Bidens flew to the South Texas town of Uvalde, a majority-Latino community of 15,000 where 19 schoolchildren and two educators were slaughtered on Tuesday at Robb Elementary School.

Biden stopped to read the victims’ names and touched some of their photos. While there, he wiped away a tear.

When Abbott arrived at the school, one of the spectators shouted: ”We need help!”

On the way to celebrating Mass at Sacred Heart Catholic Church, the Bidens encountered ordinary Texans along the route. One man held up a “Uvalde Strong,” while another woman held up a blue and white flag with the word “BORDER” written across the top.

​​Later in the afternoon, the Bidens will meet with victims and survivors of the shooting and with first responders.