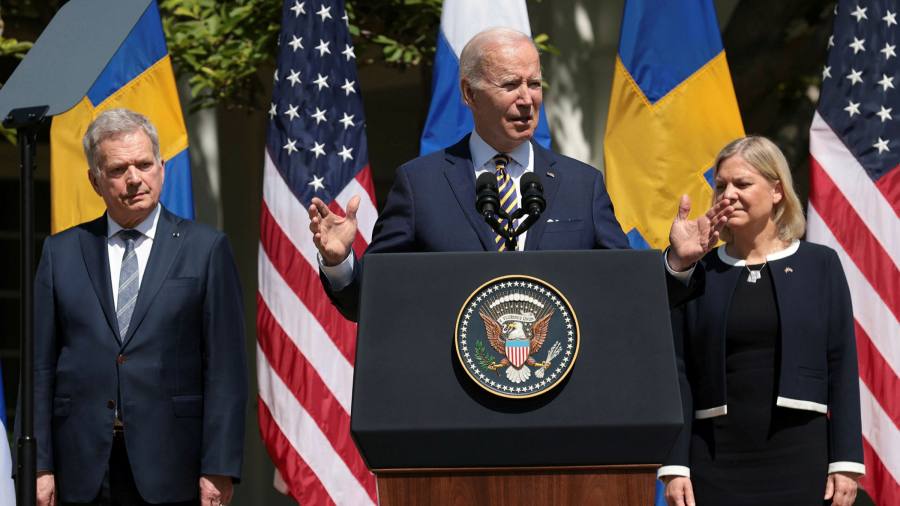 US president Joe Biden agreed to “confront” any threats to the security of Finland and Sweden during their bids to join Nato, describing their potential accession as a “momentous” step to strengthen the transatlantic military alliance.

“Today, the president, the prime minister and I committed that we’re going to work together to remain vigilant against the threats to our shared security and deter and confront any aggression while Finland and Sweden are in this accession process,” Biden said. “There’s nothing that’s going to be missed, as my mother would say, between the cup and the lip”.

Biden hailed the Nato bids — which come after decades of neutrality by both countries — as the latest sign that Russia’s attack on Ukraine had “revived” the alliance.

“Sweden and Finland have strong democratic institutions, strong militaries and strong and transparent economies and a strong moral sense of what is right,” Biden said. “They meet every Nato requirement, and then some — and having two new Nato members in the high north will enhance the security of our alliance.”

One obstacle to Nato membership for Sweden and Finland is Turkey, whose opposition could delay or stymie their hopes of quickly joining the alliance. Turkey’s president, Recep Tayyip Erdoğan, has claimed the countries are “incubators” for terrorist groups.

Biden did not refer directly to Turkey’s stance, but said he would ask Congress to ratify their bids “once the perspective of all allies are addressed and Nato adopts the Accession Protocol”.

Niinistö, who spoke after Biden, thanked the US president for his support and said Finland would commit “to Turkey’s security just as Turkey will commit to our security”. He added that Helsinki took “terrorism seriously” and was “actively engaged in combating it”.

Andersson said western allies had “not flinched” in the face of Russia’s aggression, and said the situation in Ukraine “reminds us of the darkest days of European history”. She said she looked forward to “swift ratification” of Sweden’s Nato bid and was “having a dialogue with all Nato members, including Turkey,” to “sort out any issues”. 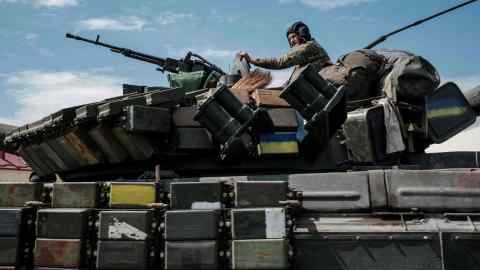 As well as meeting with Biden, Andersson and Niinistö also held talks with congressional leaders, in order to lay the groundwork for what is expected to be broad bipartisan support for their Nato memberships.

Even though Nato is a defensive alliance, Russia has long opposed its expansion as a threat to its own security. Biden reaffirmed Nato’s “open door” policy towards accepting new members, saying it was vindicated by the Swedish and Finnish applications.

“It is an alliance of choice, not coercion. This is a victory for democracy in action,” Biden said. “Finland and Sweden are seeking to join Nato because their citizens demanded it. And their elected leaders heard that. That’s how it works.”

The US president spoke just before leaving Washington for a trip to Asia, during which he is due to visit South Korea and Japan. The visit is part of an effort to bolster America’s alliances in the Indo-Pacific region after having devoted so much time towards restoring transatlantic ties since taking office in January 2021.