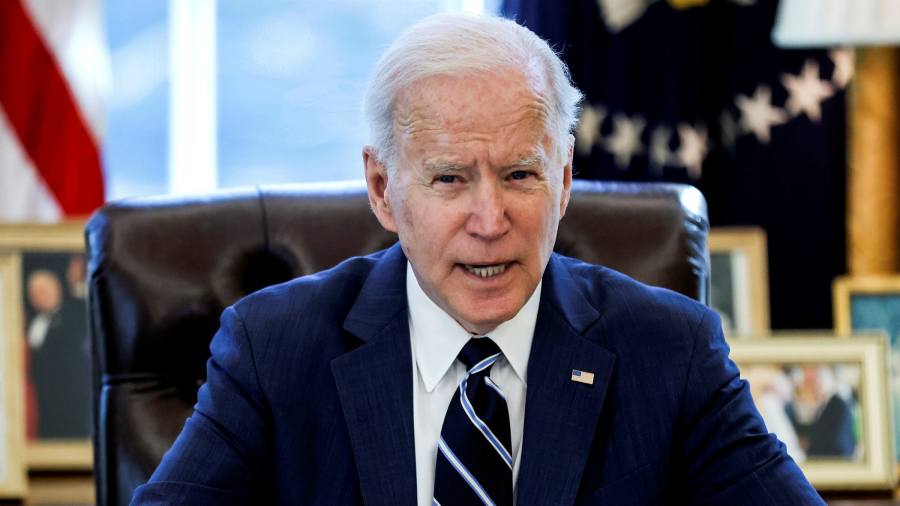 Joe Biden will direct states to make every adult eligible for a coronavirus vaccination by May 1, in a push to bring the country “closer to normal” by the Independence Day holiday, senior administration officials said on Thursday.

The new goal set by the White House reflects a much more optimistic assessment of America’s ability to bring the pandemic under control than had been previously laid out by the US president.

Last month, the president would only commit to a return to normal by Christmas, citing uncertainty over how quickly the administration could ramp up its vaccination drive.

Biden will announce the new target during his first televised primetime address to the nation since his inauguration in January.

“He will communicate to Americans that, if we all do our part, there’s a good chance that families, friends, neighbours, will be able to gather in small groups to celebrate Independence Day on July 4,” a senior administration official said.

“The next phase of our wartime effort will help us get closer to normal by July 4, Independence Day,” they added.

Biden is set to speak for about 20 minutes at 8pm, after earlier in the day signing his $1.9tn stimulus bill intended to mitigate the economic fallout from the pandemic.

The US president has been trying to speed up the country’s inoculation drive, and had already said he expected there to be enough supplies of jabs to vaccinate every adult by the end of May.

But on Thursday he will go a step further by directing all states, territories and tribes to make every adult eligible for a jab by May 1.

A separate senior administration official said that Biden would “use his authorities via” the US Department of Health and Human Services to make states abide by the call to expand eligibility by the target date.

In a fact sheet released ahead of the speech, the administration said: “The White House Covid-19 response team has concluded that our accelerated vaccination efforts will enable prioritised vaccinations to be far enough along by end of April that all eligibility restrictions for vaccinations can be lifted by May 1.”

The White House also said that it would boost the number active troops involved in supporting vaccination efforts by 4,000, bringing the total to 6,000. And it will expand the group of professionals who can administer the shots to include dentists, optometrists, midwives, veterinarians, and medical and nursing students.

Biden’s goal to reach a semblance of normality in America reflects significantly less caution about the Covid-19 situation compared to last month, when the president told a town hall meeting in Wisconsin that it could take until the end of the year for big improvements.

“As my mother would say, with the grace of God and the goodwill of the neighbors, that by next Christmas I think we’ll be in a very different circumstance, God willing, than we are today,” the president said at the time.

Biden had set a goal of reaching 100m coronavirus vaccinations in the US within his first 100 days in office, and is well ahead of that goal. The US has now administered 95.7m shots, since the first vaccination in mid December, when Donald Trump was still president.