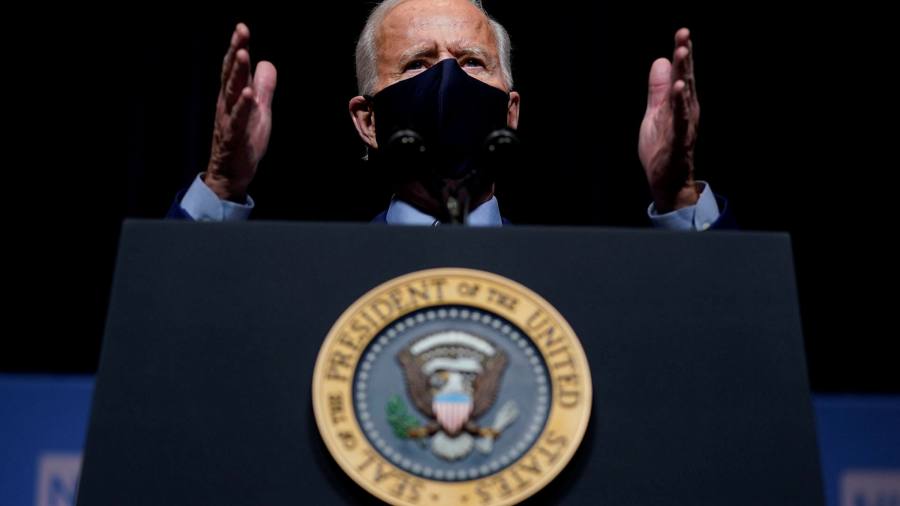 Joe Biden will order a review of critical supply chains to reduce America’s dependence on China and other rivals for everything from rare earths and drug ingredients to semiconductors.

The US president will sign an executive order on Wednesday requiring federal agencies to conduct 100-day reviews of supply chains for semiconductors, pharmaceuticals, electric vehicle batteries and critical minerals used in manufacturing products such as cars and weapons.

The Financial Times reported earlier this month that Biden was preparing to issue the order. During the presidential campaign, he pledged to reduce the kind of supply chain shocks that emerged at the start of the pandemic because of a lack of masks and protective gear for healthcare workers.

The official said Washington was “not singling out any country” but would look at where the US was “excessively dependent” on a rival.

“We’re looking at the risks posed by dependence on competitor nations,” the official said, citing the example of being too reliant on China for rare earths.

The move comes as the White House rushes to address a shortage in semiconductors for the car industry after several US plants, including those operated by Ford and General Motors, were forced to temporarily stop manufacturing.

Jake Sullivan, US national security adviser, and Brian Deese, head of the White House National Economic Council, have been working with the auto industry and US allies to try to identify chokepoints in the supply chain.

“We are actively engaging with the industry to make sure that the automotive industry has the chips that it needs to the greatest extent practical,” said the official. “We have also been engaging with foreign countries and foreign companies in order to encourage increased production around the world.”

But the official added there was no “magic bullet to solve the near-term problems”, which he said underscored the need for reviews of supply chains.

The US semiconductor industry has seized on the shortage to lobby for government funding for domestic chip manufacturing, which it says is crucial to securing supply chains and maintain an edge over China.

League of Legends Arcane show starts in just over a month

Survey of ~5,000 gig workers across 15 countries: over 60% say they are financially satisfied but most want out of the job within a year (Rest of World)