Biden tells world ‘America is back’ but warns democracy under assault 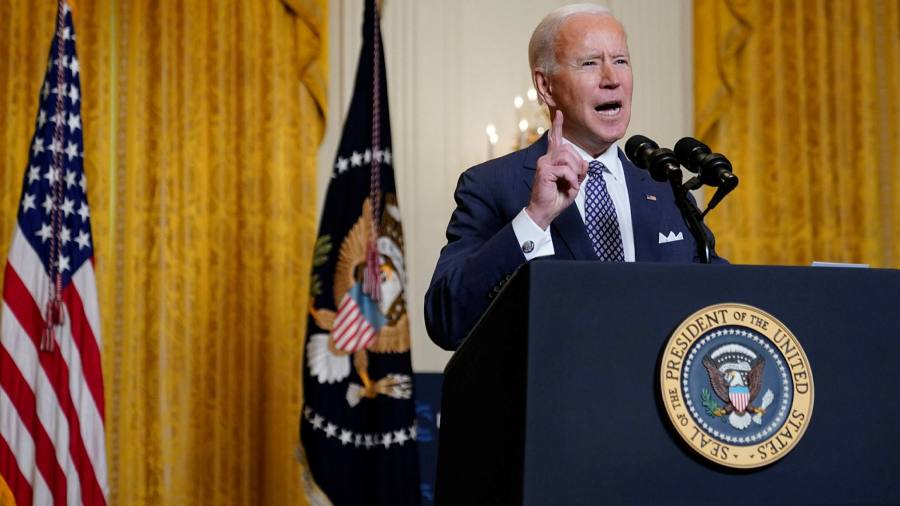 Joe Biden has told European leaders the US wants to “earn back our position of trusted leadership”, using his first international speech as president to renew America’s commitment to the transatlantic alliance after four years of isolationism under Donald Trump.

Addressing the Munich security conference on Friday, Biden urged the US and Europe to “prepare together for long-term strategic competition with China”, arguing the world faced a contest between democracy and autocracy.

“The last four years have been hard, but Europe and the United States have to lead with confidence once more,” he said, adding that together they could own what he described as the race for the future. “I’m sending a clear message to the world: America is back. The transatlantic alliance is back.”

The speech marked a clean break with the Trump presidency which scrambled America’s traditional alliances and placed relationships with the EU under unprecedented strain.

Democracy doesn’t happen by accident. We have to defend it, fight for it

Angela Merkel, the German chancellor, summed up the sense of relief that many European leaders feel over the changing of the guard in Washington and Biden’s determination to revive the western alliance.

“The prospects for multilateralism are much better this year than they were two years ago, and that has a lot to do with Joe Biden becoming US president,” she said, adding that Germany “stands ready to open a new chapter in our transatlantic partnership”.

She noted Biden’s decision to take the US back into the Paris climate accord and the World Health Organisation, to extend the New Start nuclear treaty with Russia for five years, and his commitment to reviving the Iran nuclear deal — moves she described as “important steps on the path to more multilateral co-operation”.

Biden argued democracy was essential to meet today’s challenges but warned it was under assault. “We have to prove that our model isn’t a relic of history,” he said, adding the debate was at an “inflection point”.

In a series of announcements calculated to appeal to his hosts, Biden said he would halt Trump’s order to withdraw thousands of US troops from Germany and lift a cap on the total number of soldiers stationed there.

He also promised to abide by Nato’s Article 5, which pledges collective defence should any member country be attacked — a commitment Trump only grudgingly endorsed after an extended silence, even though the US is the only country that has ever invoked the article.

But several issues threaten to strain the transatlantic alliance, such as the gas pipeline Russia is building to Germany which is strongly opposed in Washington.

China could also emerge as an irritant. The US would like to join forces with its European allies to confront China together and remains the only country that has labelled Beijing’s treatment of Uighur Muslims in the western Xinjiang region as “genocide”. But some allies such as Merkel are reluctant to adopt a hard line in relations with Beijing.

Merkel held out her hand to the US, saying the western allies “must develop a common agenda on China”. She said it was both a systemic competitor and a partner, on issues such as climate change.

“China has gained much global clout in recent years and we, as the transatlantic alliance and as the world’s democracies, must counter that in our actions,” she said, singling out the issue of vaccine diplomacy as one area where the G7 should be more active.

But she also acknowledged that even under Biden, the US and Germany would not always see eye to eye. “Our interests will not always converge, I have no illusions about that,” she said. “We will have to talk openly about our differences.”

Tom Wright, an expert in US-Europe relations at the Brookings Institution, said Biden administration officials were divided over the extent to which US engagement with Europe could produce transformative results, saying some were privately sceptical much could be accomplished. “Biden is the most pro-European US president in 30 years but so far his administration is more focused on investing diplomatic resources in shaping the Indo-Pacific and the Middle East,” Wright said.

Emmanuel Macron, the French president, acknowledged that issue in a question-and-answer session at the Munich conference, saying the US was becoming a “Pacific power”.

He said the US had once been closely focused on the defence of Europe, but now that had changed. “I think it is time for [Europe] to take much more of the burden of our own protection,” he said. “We need more Europe to deal with our neighbourhood.”

Macron also said European countries had to increase their defence spending as a way to “rebalance the transatlantic relation[ship] and provide evidence that we are reliable and responsible partners”. “It makes us much more credible as members of Nato,” he said.

The Biden administration has yet to decide whether to reverse Trump’s promise to pull all US troops out of Afghanistan, leaving allies with a military presence in the country as part of the international coalition on tenterhooks.

Biden’s claim that America can lead the democracies of the world has been met with derision in some capitals, where critics point to the deadly January 6 storming of the US Capitol by Trump supporters seeking to disrupt the certification of the result of November’s presidential election.

“Democracy doesn’t happen by accident. We have to defend it, fight for it,” Biden said.

Earlier on Friday, he spoke to G7 leaders about his hope to play a leading role in the coronavirus response, including through a $4bn contribution for global Covid-19 vaccines. The US also rejoined the Paris climate accord on Friday.