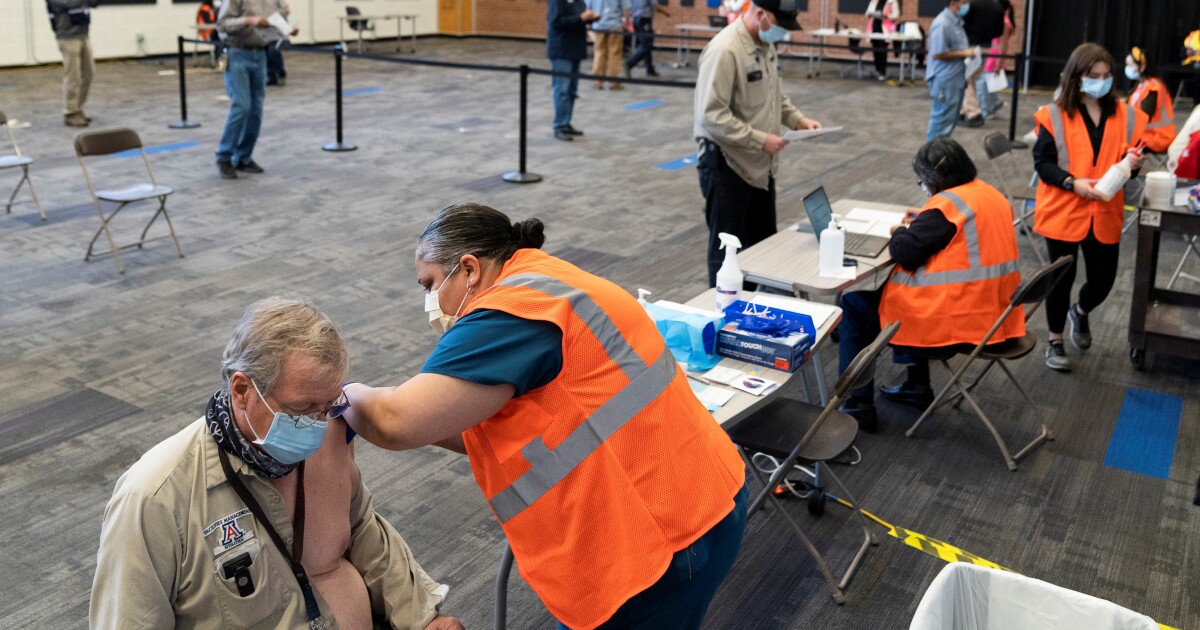 More than a month after the Biden administration announced it would require federal contractors to be vaccinated against Covid-19, universities across the country are beginning to impose campuswide employee vaccine mandates in response.

Arizona’s three public universities announced on Friday that employees would have to be fully vaccinated by December 8, when the White House order goes into effect. Pennsylvania State University said the same on Tuesday, and the University of Delaware, last week.

“It was pretty clear to us, knowing our university, that we would qualify as a federal contractor,” said Laure Bachich Ergin, general counsel for the University of Delaware.

Between research contracts and cooperative agreements — like a public-private partnership to improve pharmaceutical manufacturing — University of Delaware leaders estimate about $390 million in federal funding is at stake with the new emergency rule. Penn State has estimated it has more than $500 million in qualified funding. The University of Arizona has “hundreds of millions of dollars in federal contracts,” Robert C. Robbins, the president, wrote in a letter shared with The Chronicle, and “already has received amended federal contracts that include this requirement.”

Indeed, many colleges, public and private, will find themselves obligated to comply, legal experts say.

“If you’re an engineering school and you’re receiving federal defense funds to research or engineer a particular product or invention, that’s definitely covered. Feds dole out all sorts of money to medical schools and public-health schools. They dole out resources for programs and departments of education at universities,” said James G. Hodge Jr., a professor of law and the director of the Center for Public Health Law and Policy at Arizona State University. (Hodge does not make decisions on universitywide policy and learned that Arizona State would require vaccinations of its employees only after the information became public.)

“The federal reach is so extensive,” Hodge said. “Major, research, tier-one universities like ASU, where I’m sitting here, I tell you, it’s going to capture a lot of people.”

The White House rules are written to apply widely, well beyond the employees who may be working directly on a federal contract. In guidance issued on September 24, the Biden administration specified that people who perform services supporting federal contracts, including billing, legal, or human-resources services, are covered. Subcontractors are covered. People who work entirely remotely are covered.

But many colleges with federal contracts have yet to issue a vaccination requirement to their workers, particularly those in areas where Biden’s rule comes up against state bans on so-called vaccine passports.

The Chronicle contacted 19 flagship universities in states with such bans on Friday, asking how they planned to handle potentially conflicting directions from their states and the federal government. Most did not respond as of late Friday afternoon, but those who did said they still had not made a decision. A University of Tennessee spokesperson said the institution expects a decision in the next week.

Arizona’s public universities argue that their vaccine requirement doesn’t violate the governor’s order at all. The requirement isn’t a vaccine passport, said Holly Jensen, vice president for communications at the University of Arizona, because employees must directly submit their own documentation of their vaccination status to the university’s health system.

Jensen acknowledged, however, that legal challenges to the policy were possible, and said the university’s general counsel is working with the county and state to ensure that the institution stays within the bounds of the law.

What is the Fermi Paradox?