Biden gives the back of his hand to deficit trolls, including Larry Summers, on COVID-19 relief 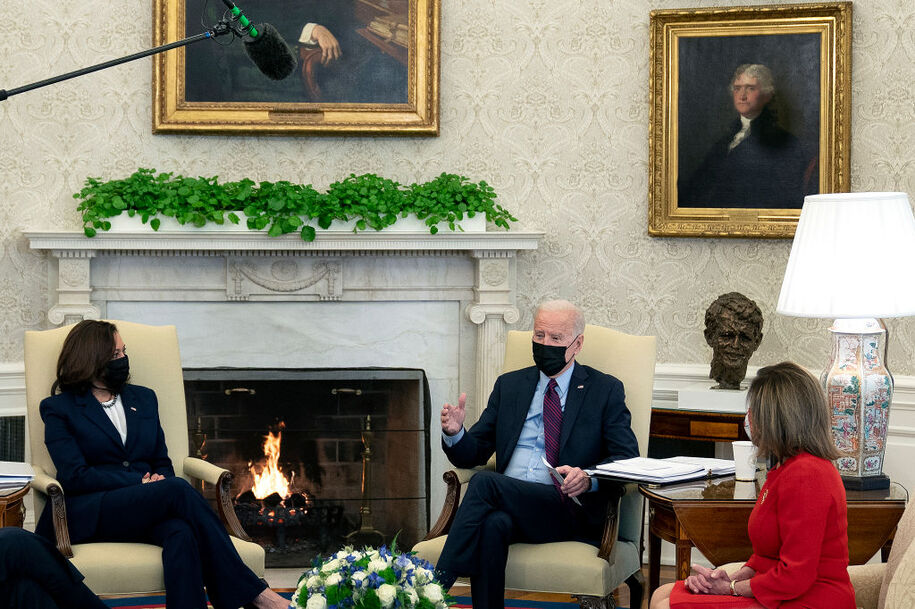 The White House certainly seems to be listening more closely to Yellen, and to the more than 200 Obama administration alumni in an open letter arguing that Summers and his cohorts prolonged the Great Recession by forcing a too-small stimulus. “The resistance we faced from deficit fearmongers seeking to water it down ate up valuable time and diluted the amount of aid that reached struggling families and small businesses,” the former officials write. “We know from history that they are wrong and sabotaging the ability of our nation to fully and equitably recover.” That’s a lesson Biden definitely learned. Here’s what he told House Democratic leadership in an Oval Office meeting Friday, responding to the jobs report. It will take “10 years before we get to full employment. That’s not hyperbole. That’s a fact,” he said. “We can’t do too much here. We can do too little. We can do too little and sputter.” He’s the one who matters the most. So take that Politico Playbook and Larry Summers.

There are a few things that will be a fight in the reconciliation bill, but the $1.9 trillion commitment won’t be changed. Some 45 amendments were considered for the package, none of the them binding but some advisory. One that will bear close scrutiny is a Manchin-Collins amendment, adopted 99-1, to ensure that “high-income” taxpayers don’t get stimulus payments. They did not define “high-income” and we know that Biden is is considering a proposal that would define $50,000/annual income as the point where the survival checks would start decreasing, being phased out entirely at $75,000. For most of the country, $75,000 for an individual and $150,000 for a couple is not high income, which points out just one of the problems of this kinds of means testing. The other is how that income will be determined. If it’s based on 2019 income, like the previous rounds of checks, then it cuts out all those people who lost income during the pandemic. If the IRS is directed to use 2020 income, it cannot possibly get survival checks in the mail quickly since people have to file and it’s going to be swamped by returns to process.

The other major question is whether an increase in the minimum wage can be included in the package. There’re a few factors at work, including whether the Congressional Budget Office will deem that the increase will affect revenue, a requirement under the arcane rules of what can be allowed in a reconciliation bill, and whether and how far Senate Democrats will go to include it. If it’s allowed out of order by the Senate parliamentarian under those rules, they would have to have 51 votes (including VP Harris) to overrule.

There could still be a Joe Manchin or Krysten Sinema attention-getting feint using Summers as their justification to try to limit other elements, but they’re unlikely to prevail at this point and can pretty much be ignored. Because the key elements—extend unemployment assistance, food assistance, an increased child tax credit, rental assistance, billions to schools to help them reopen, and billions for direct COVID-19 testing, tracing, and vaccinations—none of that can be sacrificed. No single Democrat is going to want to slow that train down.

That train, by the way, has to reach the station in early March in order for unemployment benefits to continue uninterrupted. The parting gift from the Republican majority in the $900 billion package passed at the end of December was a March 14 time bomb for unemployment. Those cliffs should be a thing of the past with Sens. Bernie Sanders and Ron Wyden driving the process now.