Biden EPA to repeal Trump rule meant to increase dangerous emissions, among other gifts to industry 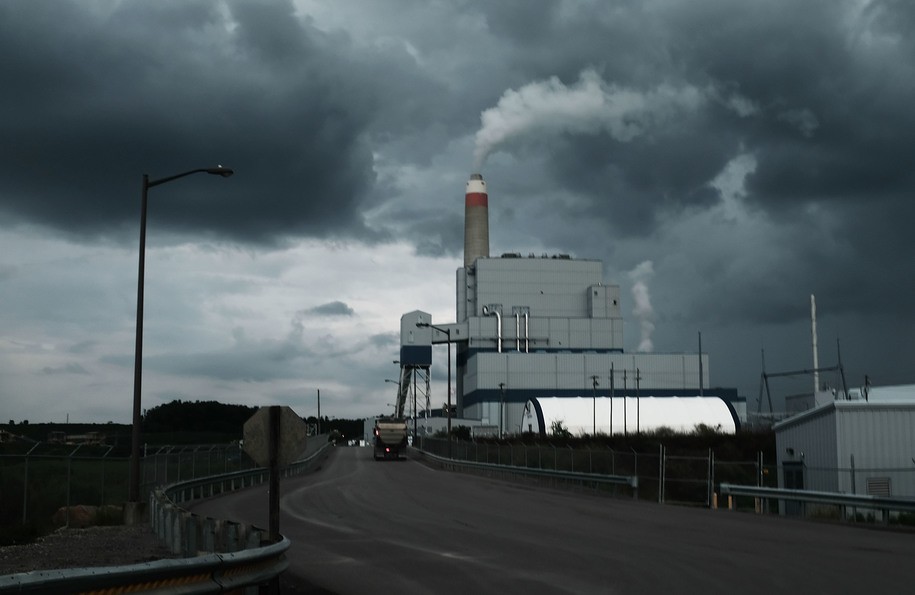 Enacted in December 2020—after Donald Trump lost the election—this rule was expected to be overturned, but the fanfare in which it was announced by Trump’s EPA, at a virtual meeting hosted by the right-wing Heritage Foundation, clearly demonstrated its political purpose. As reported by the Times at the time the rule was put into place, the Trump administration had touted it as a “major policy announcement” as a way of reminding the fossil fuel industry that Republicans could always be counted on to weaken environmental protections, and thus increase industry profits.

In 2012 the Obama administration imposed restrictions on mercury, a poisonous substance that can cause irreversible neurological damage, and is particularly dangerous to pregnant women. According to the National Research Council, as many as 60,000 children born in this country each year may have neurological problems as a result of exposure to methylmercury in utero. When the Obama-era EPA regulation was passed, it was estimated that it would cost the industry approximately $9.6 billion to implement the technology needed to filter out mercury from emissions, while the direct health benefits of eliminating the mercury alone amounted to only $6 million, annually.

The industry pounced on this figure, claiming that the rule’s costs far outweighed its benefits. But the Obama administration also found that the implementation of the technology would also result in approximately $80 billion in “ancillary” benefits, by reducing the amount of airborne fine industrial soot, sulfur dioxide, and other pollutants known to severely harm human health. So they argued that the benefit was far in excess of the cost to industry, due to the thousands of American lives that would be protected saved from a future of heart disease and chronic asthma.

The fossil fuel industry was predictably outraged at the prospect of having the actual impact of its polluting activities on Americans’ health being weighed against its potential loss of profits. So, at the urging of the gas, oil, and coal lobby, the Trump administration issued a rule in April 2020 overturning the Obama mercury restrictions.  As the Times noted at the time, this rule change was seen as a rather blatant quid pro quo for political support from one of the industry’s leading donors to Trump, coal baron Robert Murray:

The mercury rollback is a particular victory for Robert E. Murray, the former chief executive of Murray Energy Corporation and a top fund-raiser for Mr. Trump. Mr. Murray personally requested the rollback in a written “wish list” to top officials shortly after the president took office. The company has since declared bankruptcy and is undergoing a reorganization.

Murray also owned the Crandall Canyon mine, which collapsed in 2007, killing six miners and three people who attempted to rescue them. Even though the Crandall Canyon mine had received 64 violation notices and had been previously fined, Murray falsely blamed the mine collapse on an earthquake. Murray passed away in 2020—five days after announcing his retirement.

In December 2020, also at the urging of the fossil fuel industry, the Trump EPA finalized a new rule that would require “ancillary benefits” for rules governing air pollution—such as those incorporated in the Obama administration’s rule-making—to be set forth separately and distinctly from the direct benefits of any rule regulating air pollution. Wheeler confirmed that, under the Trump plan to

enforce rules, only “direct benefits” would be offset against the cost of compliance, thus making it much easier for the fossil fuel industry to argue (in court) that costs of preventing their air polluting activities outweighed the health benefits. But even if a court recognized such additional benefits to public health, their separate calculation would open new avenues of attack for industry lawyers and their paid stable of experts.

Of course, this rule change also anticipated that many such court cases would be decided by an anti-regulatory, Federalist-society vetted judge, hostile to environmental organizations. As the Times noted in its April 2020 article describing the initial rule change, the industry sought this alteration of the existing method to calculate costs vs. benefits, in order to enable it to more effectively sue the government to have similar rules overturned.

By reducing the positive health effects of regulations on paper and raising their economic costs, the new method could be used to justify loosening restrictions on any pollutant that the fossil fuel industry has deemed too costly to control.

“That is the big unstated goal,” said David Konisky, a professor of public and environmental affairs at Indiana University. “This is less about mercury than about potentially constraining or handcuffing future efforts by the E.P.A. to regulate air pollution.”

In repealing Trump’s crass gift to the fossil fuel industry, the EPA has returned to its original mission of protecting Americans from pollution hazards such as mercury emissions. “Ancillary” benefits to the public health will now be counted in any cost/benefit analysis. Michael Regan pointedly noted that the rule change is part of an ongoing effort by the EPA under President Biden: to protect the health of Americans that had been so callously disregarded under the prior administration:

“Revoking this unnecessary and misguided rule is proof positive of this administration’s commitment to science,” Mr. Regan said in a statement. He said his agency will “continue to fix the wrongs of the past.”

The new rule will go into effect quickly, 30 days after it is published in the Federal Register. In part, the speed of its enactment is a consequence of the Trump administration’s own incompetence. Because it is a procedural rule, governing the way EPA makes decisions internally, it does not require a lengthy public comment period.

One additional fact is worth mentioning regarding those “ancillary benefits” of protecting against asthma and lung disease by regulating mercury emissions. They may mean the difference between life and death for someone infected with COVID-19. One month before the Trump administration finalized its rule, Harvard University published a study linking the effects of small amounts of fine particulate (soot) matter to higher fatalities from COVID-19.

Did Trump or Wheeler give that fact any consideration? Of course not.