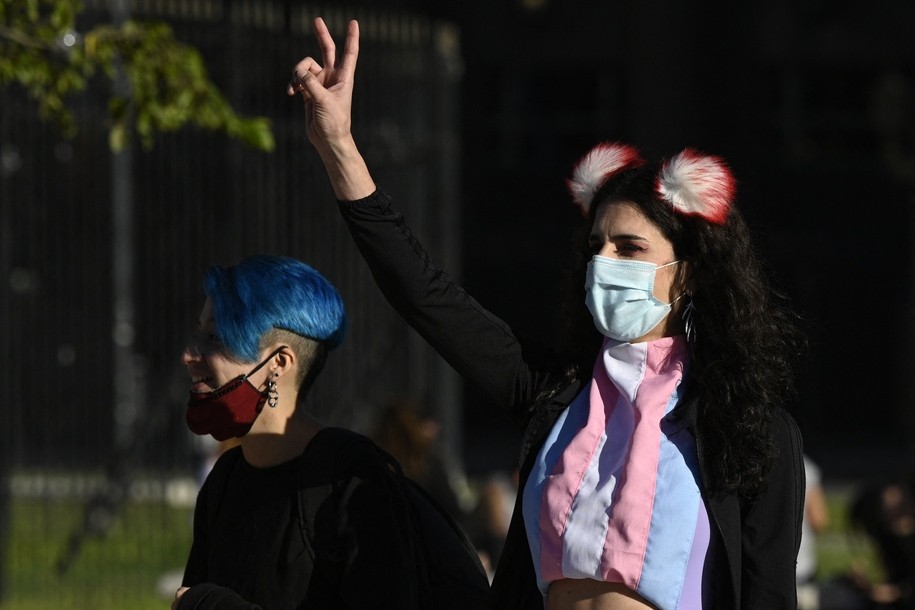 In a statement, Health and Human Services (HHS) Secretary Xavier Becerra explained that people may forgo medical care because they fear discrimination. Becerra stressed that “Everyone — including LGBTQ people — should be able to access health care, free from discrimination or interference, period.” Becerra is correct: Studies show that LGBTQ people do report discrimination based on sexual orientation and gender identity, and that it can contribute to people not seeking care. For example, as reported by the American Independent, a national CAP survey found 8% of LGBTQ respondents said a physician refused to treat them because of their perceived sexual orientation, while 9% said a physician used abusive language while treating them, and 7% said a physician refused to recognize their family, such as a same-sex partner.

If you can imagine it, the outlook can feel even more dire when it comes specifically to the transgender community. For example, as found in the National Transgender Discrimination Survey, nearly 30% of respondents said they delayed medical care when hurt or sick because they feared discrimination. Sadly, this fear isn’t totally outside the realm of reality as nearly 30% of people also said they had survived harassment in medical settings. About 19% said they had been refused care because they were transgender or gender nonconforming.

So, all in all, this change by the Biden administration is an important one. As Becerra pointed out, it will also bring the HHS up to speed with the Supreme Court ruling protecting LGBTQ folks from employment discrimination on the basis of sex. “Now it’s clear, there’s no ambiguity,” Becerra said, as reported by Reuters. “You cannot discriminate against people based on sexual orientation or gender identity.”

That said, we know these changes are not enough. For example, state lawmakers are pushing a truly overwhelming number of anti-trans bills, most focused on health care, girls’ sports, and birth certificates. Some of these bills have been signed into law—including by Republican governors who claim they’re not even priorities—and some have failed in various state committees. Every failure is a relief, but just the fact that Republicans are pushing this anti-trans hysteria so strongly and getting it out into the public dialogue is concerning. The national effort can cement the notion that these ideas are actually popular, and that they are reasonable and deserving of a platform. So we need to take steps forward with joy, but also not hesitate in the fight to protect the most vulnerable among us.

We must act now to urge our senators to vote “yes” to the Equality Act.

Sign and send the petition: The Senate must pass the Equality Act and stop the discrimination against LGBTQ people.