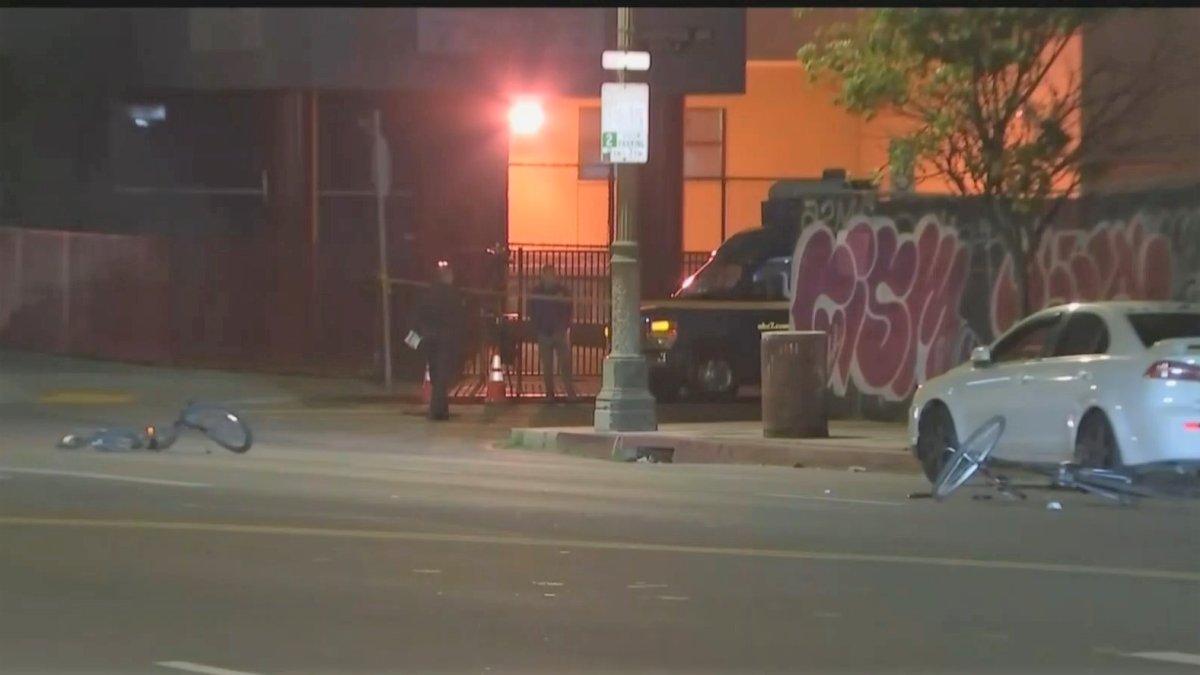 A driver in a white pickup truck struck two bicyclists in Koreatown early Tuesday morning, injuring one and killing the other, before taking off.

Officers from the Los Angeles Police Department are now searching for that driver, and investigating the deadly crash. A stretch of Olympic Boulevard between Fedora Street and Mariposa Avenue was shut down around 6:30 a.m. for the investigation.

The two bicyclists were brothers, on their way to work early Tuesday morning, around 3:15 a.m., according to police.

The driver was in a white pickup truck on Olympic Boulevard and might have been attempting to get away during a car theft, according to police. The pickup then slammed into the two brothers as it traveled westbound on the street.

One of the bicyclists was killed, while the other was treated at the scene and released. Police say the driver is also wanted for stealing a car. Video aired during Today in LA on Tuesday, April 26, 2022.

The impact killed one of the cyclists, while the other was treated for his injuries at the scene.

An LAPD officer on the scene early Tuesday morning said that authorities will look at security footage from several businesses in the area as they open throughout the morning.

The road is expected to remain closed for several hours while LAPD officers investigate.