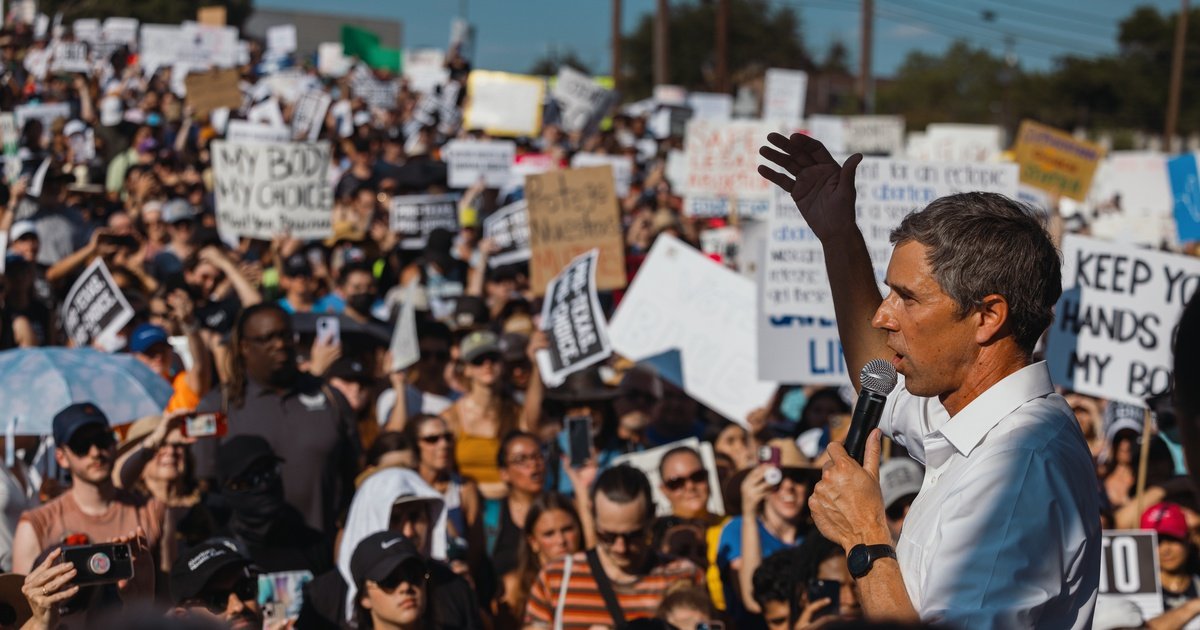 In the days after the Supreme Court overturned Roe v. Wade, Democrats at rallies and protests in Texas said the November election is key for protecting reproductive rights.

In an interview after a Sunday rally in Austin, Democratic gubernatorial candidate Beto O’Rourke told the Tribune he would repeal Texas’ abortion ban and expand access to reproductive health care if he is elected. Rochelle Garza, the Democratic nominee for attorney general, said she would partner with other lawyers to stop enforcement of the state’s abortion laws.

But these promises may be hard to keep if Democrats on the statewide ballot in November win. They would have to work with a Legislature that is solidly Republican-controlled. But working with the GOP, O’Rourke said, is part of a functioning democracy.

“Just imagine the shockwaves this will send if for the first time in 32 years, Texas elects a Democrat as governor, a governor who won on the right of every woman to make her own decision about her own body, her own future, and her own health care,” O’Rourke said. “You know the Legislature will not only take notice, they will be forced to act in more of our common interest, instead of this extreme, fringe set of policies they have been pursuing over the last decade.”

He also said he’s hopeful the outrage among voters over the end of constitutional protections for abortion will translate to a more balanced Legislature come November and “change the dynamics in the Capitol.”

Thousands of Texans packed an Austin park in the heat for a Sunday reproductive rights rally organized by O’Rourke. One woman held up a sign she used at abortion rights protests in the 1970s.

“I think the outrage you see not just in Austin, which I saw in Bryan-College Station, which I saw in Katy, Texas, early today – not necessarily a hotbed of Democratic power – is all indicative of how widespread the anger, the outrage, the frustration is,” O’Rourke said. “Connected to doing the work to win political power, can allow us to significantly improve things for women, and others who are under attack across the state of Texas.”

A Democrat hasn’t won statewide office in Texas since 1994. In a state where the GOP party has tightened their by redrawing district lines, a Democratic takeback is harder to achieve.

Democrats at the rally acknowledged the uphill battle. Shellie Hayes-McMahon said it takes “ovaries of steel” to run for office in Texas. Sen. Sarah Eckhardt called the political system “broken.”

Former President Donald Trump won 52.1% of the statewide vote in Texas in 2020, but last year Republicans redrew the state’s legislative maps so Trump would have won more than 61% of the new Senate districts and 56.7% of House districts.

But O’Rourke has his eyes on Texans who have not voted in previous elections – including newly registered voters or conservative and independent voters who feel outraged by what he calls the “extremism of the modern Republican party.”

Gov. Greg Abbott’s lead over O’Rourke is narrowing, according to a new Quinnipiac University poll, dropping from 15 points to 5 points after the Uvalde elementary school shooting.

Perry Bedford, a lifelong Austin resident, said he worried that Democrats do not have enough power as a voting bloc to overcome the momentum that Republicans have built over the past 30 years.

“More people have voted than have voted before. Maybe we can change something. But I keep going back to the gerrymandering of districts and if the formula has already been cemented,” Bedford said.