Beloved walrus Freya euthanized in Norway due to crowds 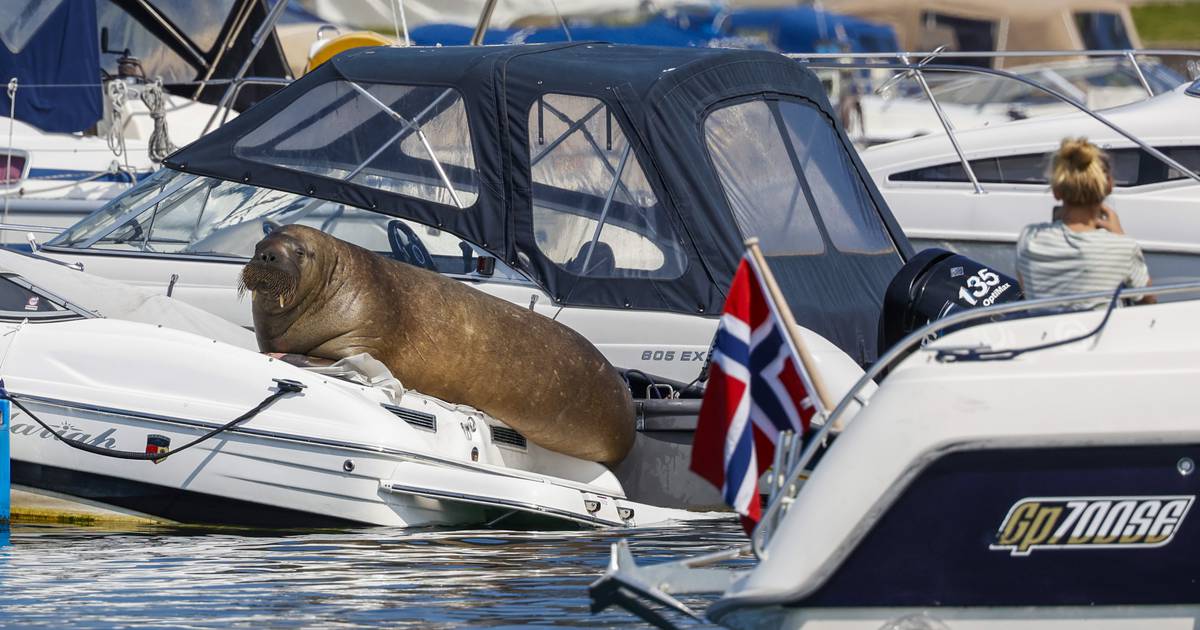 She was loved to death.

Freya, the walrus who captivated crowds in Norway, has been euthanized because of the danger she posed to humans, authorities there said Sunday, after warning last week that it might be necessary if people didn’t leave her alone.

“The walrus who was recently dwelling in Oslofjord was euthanized by the Norwegian Directorate of Fisheries during a controlled effort in the early hours of Sunday local Norwegian time,” the fisheries department announced Sunday. “The decision to euthanize the walrus was made based on an overall assessment of the continued threat to human safety.”

The kill was done in a “humane fashion” by specially trained people at the fisheries agency, Norwegian Directorate of Fisheries, director General Bakke-Jensen said in a statement.

“Through on-site observations the past week it was made clear that the public has disregarded the current recommendation to keep a clear distance to the walrus,” the fisheries agency said. “Therefore, the Directorate has concluded, the possibility for potential harm to people was high, and animal welfare was not being maintained.”

Killing the animal was a last resort, the statement said, coming after in-depth analysis of all the other potential solutions, such as moving the 1,300-pound marine mammal.

“We concluded that we could not ensure the animal’s welfare through any means available,” Bakke-Jensen said. “Moving the animal was deliberated thoroughly with the Norwegian Institute of Marine Research. The extensive complexity of such an operation made us conclude that this was not a viable option.”

The mussel-loving young female had gained both fame and notoriety over her penchant for climbing onto boats to chill out and sunbathe. She sunk a few in the process.

Between that and the crowds flocking to see her on the peninsula in Sandvika, about 10 miles west of Oslo, authorities deemed it a risk to humans. Authorities had warned on Thursday that if people did not stop showing up to swim near her, feed her, sidle up to her for selfies and videos, and throw things at her, the drastic step might be necessary.

“The animal’s welfare is clearly weakened,” Nadia Jdaini, spokesperson for the Norwegian Directorate of Fisheries, said last week. “The walrus is not getting enough rest, and the professionals we are in dialogue with believe she is stressed.”

University of South-Eastern Norway biology professor Rune Aae, who has been tracking Freda sightings via a Google map, said the agency had gone overboard. He noted the rarity of Freya’s stay, telling CNN that 2013 was the last time a walrus had been seen that far south in the North Sea.

Aae called the move “too hasty” in a Facebook post, noting that the rainy season, which may well have driven Freya away from the fjord, was just two days away. In addition, he said, school was about to start, so there would be fewer tourists ogling and harassing the walrus — which unlike most walruses, was not afraid of people.

“Freya would sooner or later have gotten out of the Oslo Fjord, which all previous experience has shown,” Aae wrote. “So killing her was, in my view, completely unnecessary, and another example of a trigger-happy gun management.”

Walruses mainly reside in the world’s Arctic and sub-Arctic regions near the North Pole, in the Pacific, Atlantic and Arctic oceans, according to ocean conservation group Oceana. The protected animals occasionally travel to the North and Baltic seas. Authorities had hoped Freya would swim away, and on her own terms, and that euthanasia would not be necessary.

“We have sympathies for the fact that the decision can cause reactions with the public, but I am firm that this was the right call,” Bakke-Jensen said in the statement. “We have great regard for animal welfare, but human life and safety must take precedence.”