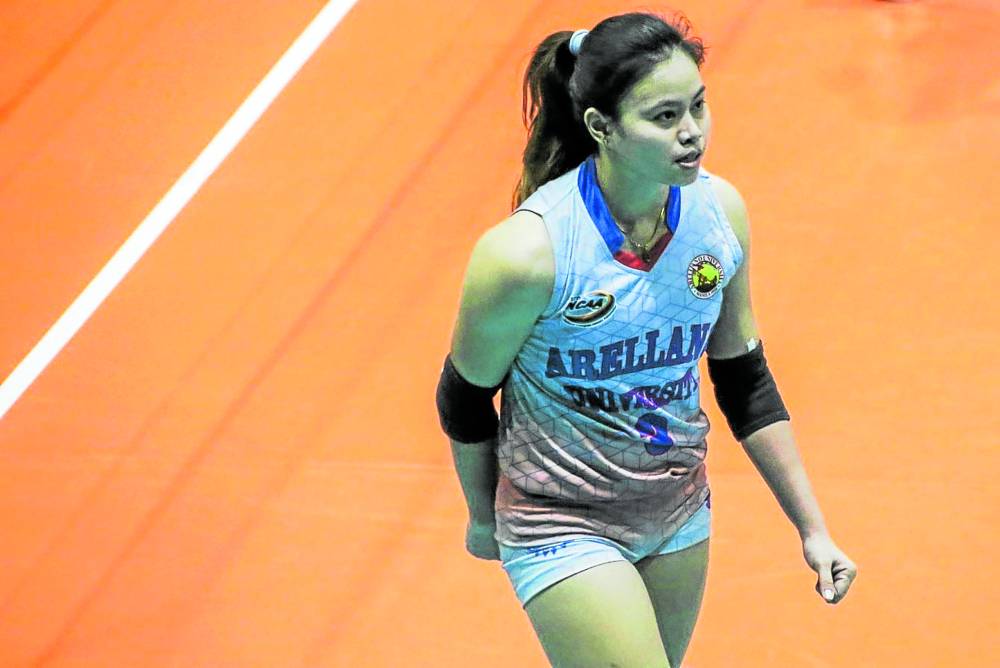 Princess Bello steps up for Arellano U —photo courtesy of NCAA

In scoring its fourth win, three-time defending champion Arellano on Saturday leaned on a veteran who didn’t get to experience its dynasty.

It was a career-high output for the open spiker who led the Lady Chiefs to a 4-1 record and enabled them to close in on the unbeaten St. Benilde Lady Blazers.Charmina Diño and Trina Abay contributed 11 and 10 points, respectively for Arellano, which accumulated for 52 attack points against JRU’s 41.

Arellano coach Obet Javier gave credit to the way JRU played, which he described as “8 out of 10.”

“If we didn’t make the right adjustment, maybe we would still be playing until now,” said Javier.

“Their (Lady Bombers) middles were very good, we almost were never able to block any of them,” he added in Filipino.

After allowing the Lady Knights to steal the third frame, the Lady Pirates surged to 12-0 at the start of the fourth set anchored in successive aces by Venice Puzon.

Puzon finished with eight points, including six aces, in powering Lyceum’s service game that produced 10 aces against one by Letran.

But it was Lyceum’s 53 attacks points, compared to 31 by Letran, that allowed the Lady Pirates to dominate the match. Lyceum improved to 3-2, while pulling down Letran to 1-4.