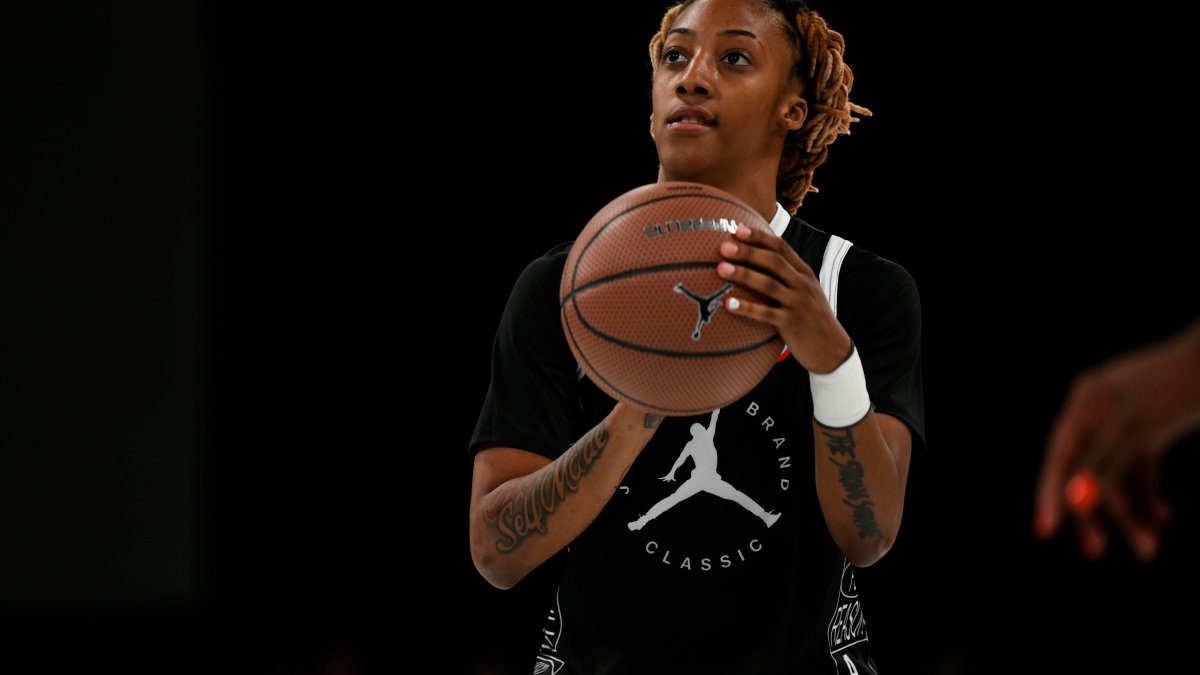 The Las Vegas Review-Journal, citing unnamed sources, identified the most seriously injured person as Aaliyah Gayles, an 18-year-old basketball star at Spring Valley High in Las Vegas who was a McDonald’s All-American.

Gayles is originally from the Los Angeles area. She recommitted to USC after originally decommitting because of changes among the Trojans coaching staff.

“Aaliyah is one of the strongest, most resilient young people I have ever known,” USC coach Lindsay Gottlieb said. “I have no doubt she will continue to face this unfathomable situation with courage and resolve. We will continue to support her and her parents in every way that we possibly can.”

One female adult victim received “multiple gunshot wounds to her lower extremities” and was hospitalized in serious condition, Booker said in a statement. The other three victims were reported to be in stable condition, he said.

A large group of people left the area before police arrived Saturday night, and a suspect in the shooting was not immediately identified. Booker said no arrests were immediately made.