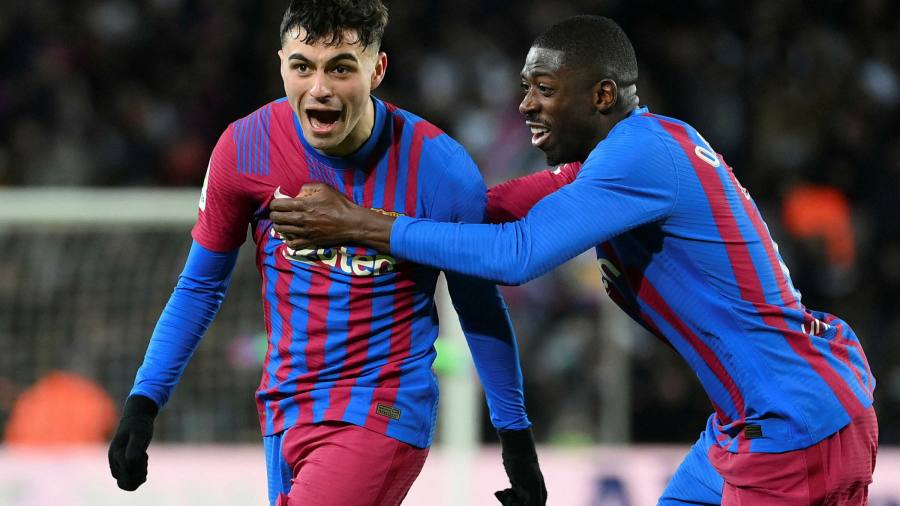 FC Barcelona has agreed to sell a 10 per cent stake in its media rights to US investment group Sixth Street, in a deal that will deliver more than €200mn to shore up the Spanish football club’s troubled finances.

The deal, which is due to be announced on Thursday, will hand Sixth Street a slice of the Catalan club’s media rights for a 25-year period, according to people familiar with the matter. The club may consider selling another 15 per cent stake later this summer, the people said, which could see Sixth Street increase its share further.

Barcelona’s financial health has been hampered by a pile-up of short-term debt obligations after a season that began with the departure of its longtime star, Lionel Messi. The club’s president Joan Laporta had likened its finances to a Formula One racing car that has run out of fuel, but said his aim was to “leave the pits and return to the front row of the grid to compete and win again”.

The club opted to sell its own share of TV rights instead of participating in La Liga’s leaguewide €2bn deal with private equity group CVC Capital Partners, which provided a capital injection in exchange for 11 per cent of media rights over 50 years.

La Liga, which runs the top two divisions in Spain, originally agreed a €2.7bn financing package, but was forced to reduce the size of the CVC deal because of opposition from Barça and Real Madrid, both of which refused to join. The two clubs, which receive a greater share than rivals of the broadcast revenue generated by La Liga, failed in a late bid to thwart the CVC deal with a counterproposal to rival clubs that involved bank financing.

Spain’s two leading clubs — arch-rivals on the pitch but increasingly aligned off it — were founding members of the European Super League, an attempted breakaway competition that collapsed rapidly after its unveiling in April 2021. La Liga opposed the ESL and publicly criticised Barça and Real Madrid over their role in its creation.

For Sixth Street, the deal comes soon after it agreed to a separate investment in Real Madrid. The Boston-based fund, which manages more than $60bn in assets, will pay €360mn to partner with Real Madrid on refurbishing its Santiago Bernabéu stadium and a live events package over a 20-year period. Sixth Street also has a minority stake in US basketball team San Antonio Spurs.

The stake sale of Barcelona’s media rights comes after a vote at its general assembly earlier this month, which granted the club permission to sell stakes of up to 25 per cent in the Catalan football empire’s media rights and up to 49 per cent in Barça’s merchandising and sponsorship business. At the time, Barcelona said the assets had the potential to provide a €600mn boost.

Barcelona’s financial descent was exacerbated by the coronavirus pandemic, when matches at its famous 99,000-capacity Camp Nou stadium were played behind closed doors.

Despite the €222mn sale of Brazilian striker Neymar to Paris Saint-Germain in 2017, Barcelona has over the years generated a deficit from player transfers. A high wage bill has added to the pressure and led to Messi’s departure to the same club.

Only three clubs in Europe’s big five leagues have had a worse result from transfer dealings than Barcelona’s negative net spend of €650mn in the decade since summer 2012, according to research by CIES Football Observatory.