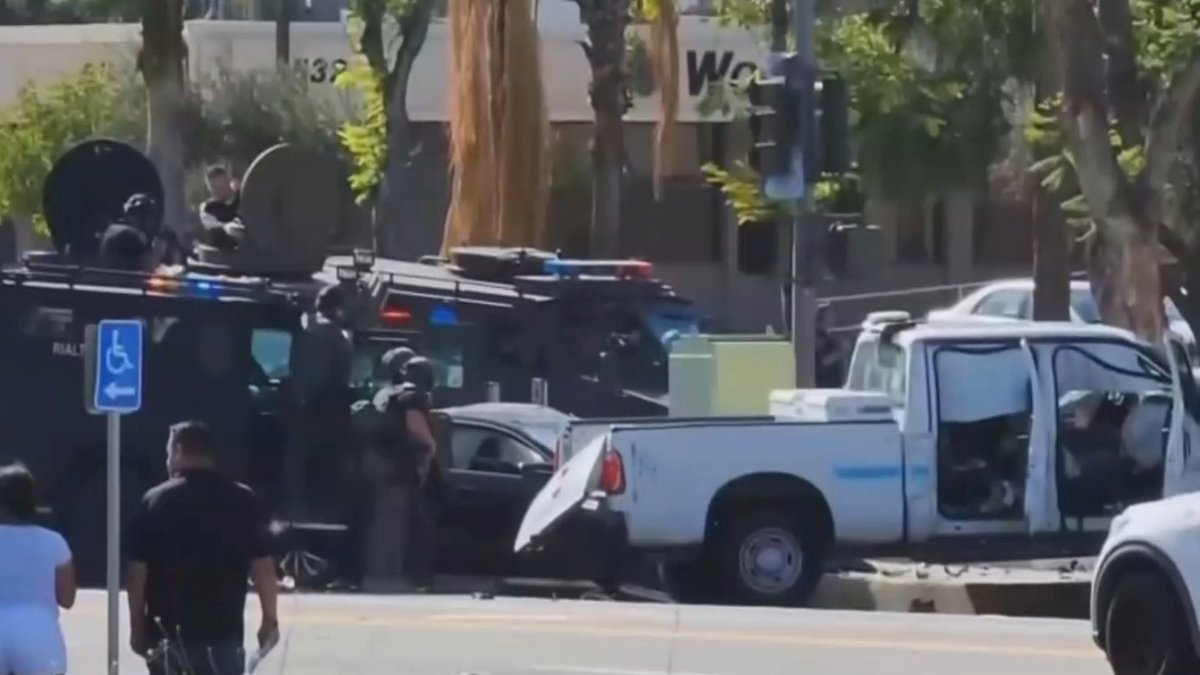 The bank robbery suspect was shot and killed after he opened fire on the deputies at the end of the chase, authorities said.

Events unfolded quickly in the community east of Los Angeles after deputies received a report about 3:30 p.m. of an attempted burglary at a closed bank in Grand Terrace. Authorities then received a report of a bank robbery in nearby Colton, about 50 miles east of LA.

Colton police pursued the car — its rear bumper dangling — sought in connection with the heist. The chase ended in downtown San Bernardino after a spike strip deployed by officers damaged the car’s tires.

The driver crashed into a county utility truck. Workers inside the truck were not injured.

“It just sounded like it was a war zone,” said Chan. “It was a lot of bullets.”

“The suspect had pulled out a rifle. He said something like he had something for the cops, so at that time the cops had pulled the trigger.”

Authorities tried to approach the man when he opened fire with a rifle, and officers returned fire, killing the man, the sheriff’s department said.

Details about the bank robbery were not immediately available.