Bank of Japan edges away from massive monetary stimulus 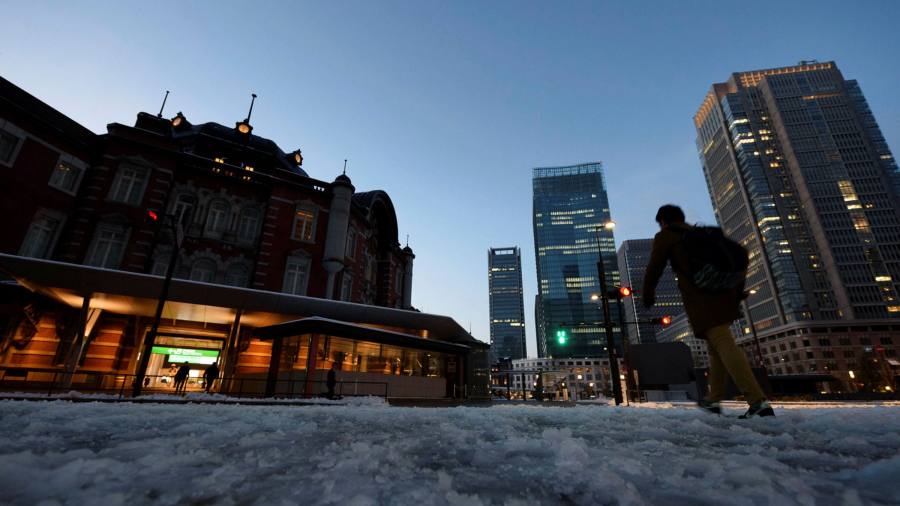 The Bank of Japan has scrapped its pledge to buy an average of ¥6tn a year in equities as the central bank edged away from aggressive monetary stimulus in favour of a more “sustainable” policy.

Publishing the results of a long-awaited review on Friday, the BoJ said it would allow more fluctuation in 10-year bond yields and launched a scheme to subsidise bank profits so they did not suffer from negative interest rates.

Although the changes are largely cosmetic, they suggest Japan’s central bank has lost faith in the massive monetary stimulus it launched eight years ago and is now focused on mitigating its side effects rather than pushing to reach a 2 per cent inflation target.

The BoJ will continue to buy equities up to a maximum of ¥12tn ($110bn) a year. But under the new policy the central bank will intervene when the market falls rather than steadily increasing its holdings as a way to spur investment and stimulate economic activity.

“It is important to strike an appropriate balance between maintaining market functioning and controlling interest rates by allowing interest rates to fluctuate to a certain degree,” said the BoJ in its policy statement.

“The effects of [equity] purchases tend to be greater the higher the instability in financial markets,” it said. “This suggests that large-scale purchases during times of heightened market instability are effective.”

The central bank kept overnight interest rates on hold at -0.1 per cent. It will continue to peg 10-year bond yields at “around zero” but they will be allowed to fluctuate by plus or minus 0.25 per cent, instead of the previous 0.2 per cent.

The BoJ’s policy board voted for the decision by a majority of 8-1. Board member Goushi Kataoka dissented in favour of more stimulus.

To persuade markets that it still has the means to respond to an economic downturn, the BoJ tried to make the option of future interest rate cuts more credible by launching a scheme to pay banks bonus interest on their reserve balances.

For example, if it cut interest rates to minus 0.2 per cent, the BoJ might give banks a rebate equivalent to positive 0.2 per cent interest on part of the balances they hold at the central bank.

“Market participants who are not expecting short- and long-term interest rate cuts as an option for additional easing tend to point to the impact on the functioning of financial intermediation,” said the BoJ. It said the new scheme would let it offset that impact and cut rates “nimbly”.

The review marks the latest iteration of the massive stimulus programme launched in April 2013 after then prime minister Shinzo Abe appointed Haruhiko Kuroda as governor of the central bank.

Initially, the BoJ pledged to buy ¥50tn of government bonds every year, a figure it increased to ¥80tn the following year. In 2016, it switched from purchasing a set amount of bonds and instead promised to buy as much as needed to keep 10-year bond yields “around zero”.

Despite the unprecedented scale of the monetary stimulus, Japan struggled to reignite inflation — especially after the government raised consumption tax in 2014 and 2019.

Following the Covid-19 shock, Japan has dipped back into deflation, with headline prices down by 0.4 per cent in January compared with a year ago.

After eight years of monetary stimulus, the BoJ’s balance sheet has swollen to 135 per cent of Japan’s gross domestic product, while the central bank has come to own about 7 per cent of the Japanese equity market.

Although Japan recorded faster growth and reduced budget deficits under the Abe administration, critics said the BoJ had distorted financial markets, especially after it adopted a negative interest rate in January 2016.

In its review, the BoJ found its overall policy had been effective in pushing up economic activity and prices through a decline in interest rates. It said it was therefore appropriate to continue with yield curve control.