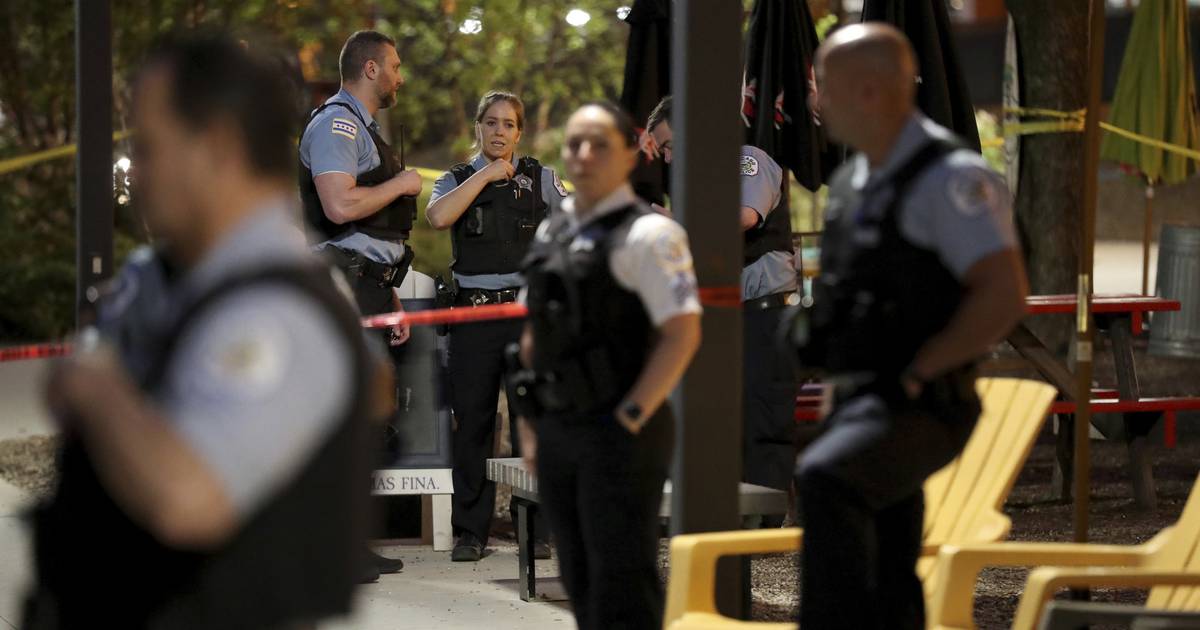 A judge on Sunday denied bail to a 22-year-old South Side man who was wounded after he allegedly brought a gun to Millennium Park and pointed it at private security guards.

Jordan L. Jackson, of Chicago’s Brainerd neighborhood, was charged with aggravated assault of a peace officer, unlawful use of a weapon and possession of a defaced firearm related to the Friday evening shooting at the park’s Lurie Gardens, authorities said during a bail hearing broadcast on YouTube.

Chicago police initially claimed that the gunman fired a shot at the off-duty Cook County sheriff’s police officer working as security, but during a bail hearing, prosecutors alleged Jackson only pointed a silver handgun toward the guard.

Prosecutors said surveillance cameras captured Jackson aiming a silver handgun at three security guards and advancing toward one of them before one of them fired several shot at Jackson. Though wounded in the buttocks, Jackson fled to the Chicago Riverwalk, where he tossed a firearm and magazine into the Chicago River and jumped onto a docked party boat, according to Assistant State’s Attorney James Murphy. Police located Jackson and took him into custody aboard the Island Party Hut boat, according to Jackson’s arrest report.

No other injuries were reported.

Millennium Park hired off-duty armed officers to increase security at the park after Mayor Lori Lightfoot banned unaccompanied minors from Millennium Park after 6 p.m. Thursday to Sunday in the wake of a fatal shooting of 16-year-old Seandell Holliday last weekend.

In court Sunday, prosecutors said Jackson tried entering the park shortly before 7:30 p.m. but refused to be “wanded” with a handheld magnet detector by security guards. Moments later, Jackson managed to enter the park through another entrance and ignored the guards’ repeated order to stop, Murphy said. Jackson then allegedly rushed past two guards into the garden, where he pulled out the gun in full view of several bystanders, authorities said.

Judge Susana Ortiz denied Jackson bail, saying his actions in a well-populated area constituted a danger to the public.

Jackson returns to court on Friday.